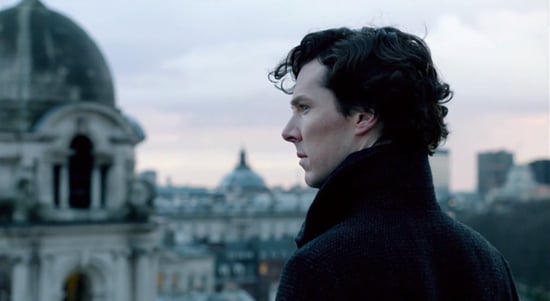 He's alive! OK, not exactly a spoiler that our brave detective survived the great Reichenbach Fall, but the new official teaser trailer for Sherlock season three, which began filming this Spring, has certainly piqued our curious minds. Press play to see all the clues the show has given us so far.

BBC One confirmed that Lars Mikkelsen will play villain Charles Augustus Magnussen in the upcoming season. Today's trailer reveals that Watson has moved on with his life, leaving Baker Street. For being "dead" for two years, Sherlock is looking as in good health as ever. In fact, cocreator Mark Gatiss confirmed that Benedict "still looks very trim and gets more handsome with every year" at Sherlock's Comic-Con 2013 panel.

HBO
The Succession Season 3 Cast Is Stacked! See Who's Joining and Who's Returning
by Monica Sisavat 1 day ago