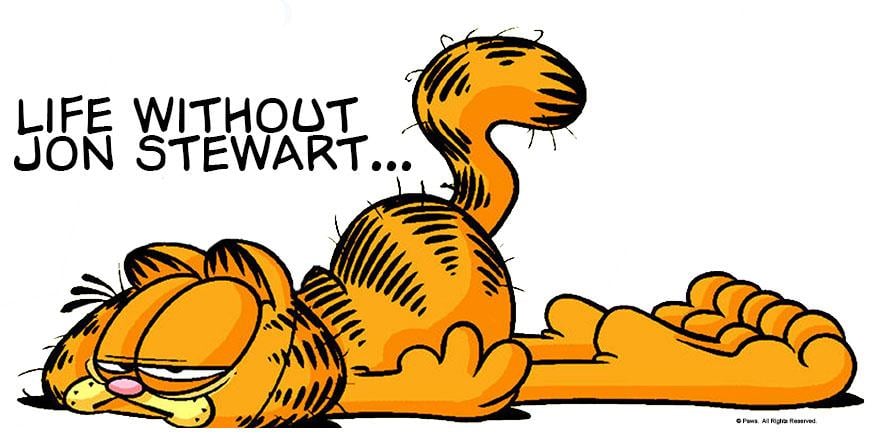 As if the Internet isn't already in mourning over the breakup of Miss Piggy and Kermit the Frog, Thursday night was Jon Stewart's last run on The Daily Show, sending social media users over the edge. For 16 years, viewers could count on Stewart to deliver the most hilarious news commentary and insights. So when it came time for his last episode, you know things became emotional, and fans were not afraid to let their feelings fly. If you missed Stewart's farewell speech, all you need to know is this: "The best defense against the bullsh*t is vigilance. So if you smell something, say something." Bon voyage, Jon Stewart.

My favorite Jon Stewart quote: "I’m not going to censor myself to comfort your ignorance." #JonVoyage

I will miss #JonStewart tremendously. pic.twitter.com/6gbeV8bzPW

Y' know, @TheDailyShow could've gone in a whole different direction if #JonStewart had his way 15 years ago!! pic.twitter.com/z4VOkoWIql

"You've been a great gift to the country." —President Obama to Jon Stewart on @TheDailyShow #JonVoyage pic.twitter.com/ku6QZx2nE1

But THIS sums it all up

#JonStewart leaving while Trump is still out there is the equivalent of Superman leaving behind his powers as Zod looms large. #JonVoyage

Nostalgia
25 Years Later, Where Is the Moesha Cast Now?
by Monica Sisavat 1 day ago