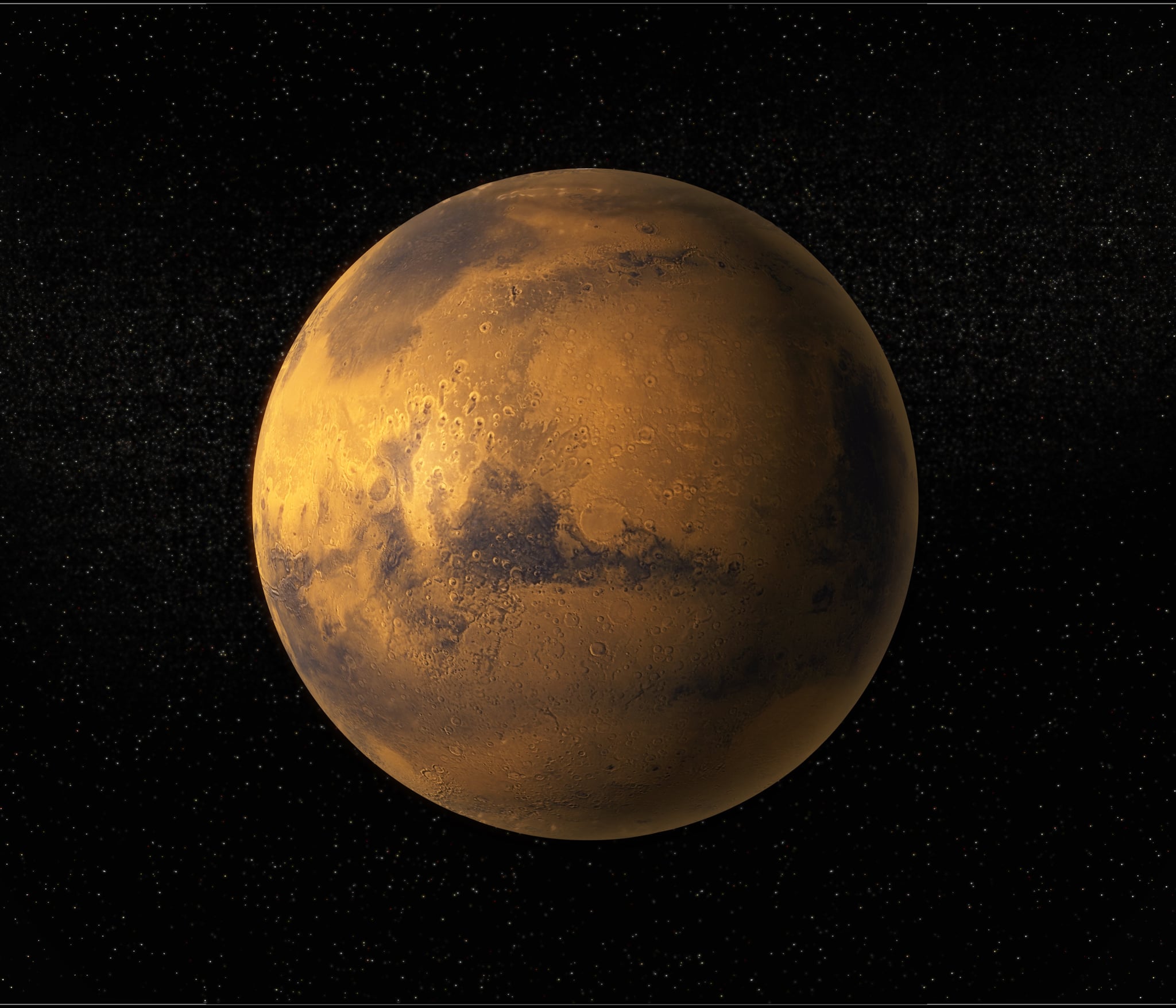 If you find space to be absolutely mind-blowing like me, get a load of this. To celebrate the Odyssey spacecraft's 20-year anniversary orbiting Mars (yes, it's been up there for 20 years), NASA released a breathtaking image of a sea of dunes it discovered on the planet.

The false-color image (where color represents temperature) was taken using the Odyssey's thermal emission imaging system and was created using a series of images that took roughly two years to capture. If you're wondering what you're looking at, the image shows a Texas-sized sea of wind-sculpted dunes surrounding Mars' northern polar cap. The cool temperatures are depicted in bluer tints and the warm temperatures are in yellow and orange — can you spot the ice?

The photograph was monumental in helping scientists discover where water is stored on the red planet and has since been confirmed by the Phoenix lander that it's there. The image was a huge step in understanding the planet's water cycles, and further supports that at one point, Mars could have been a living planet. 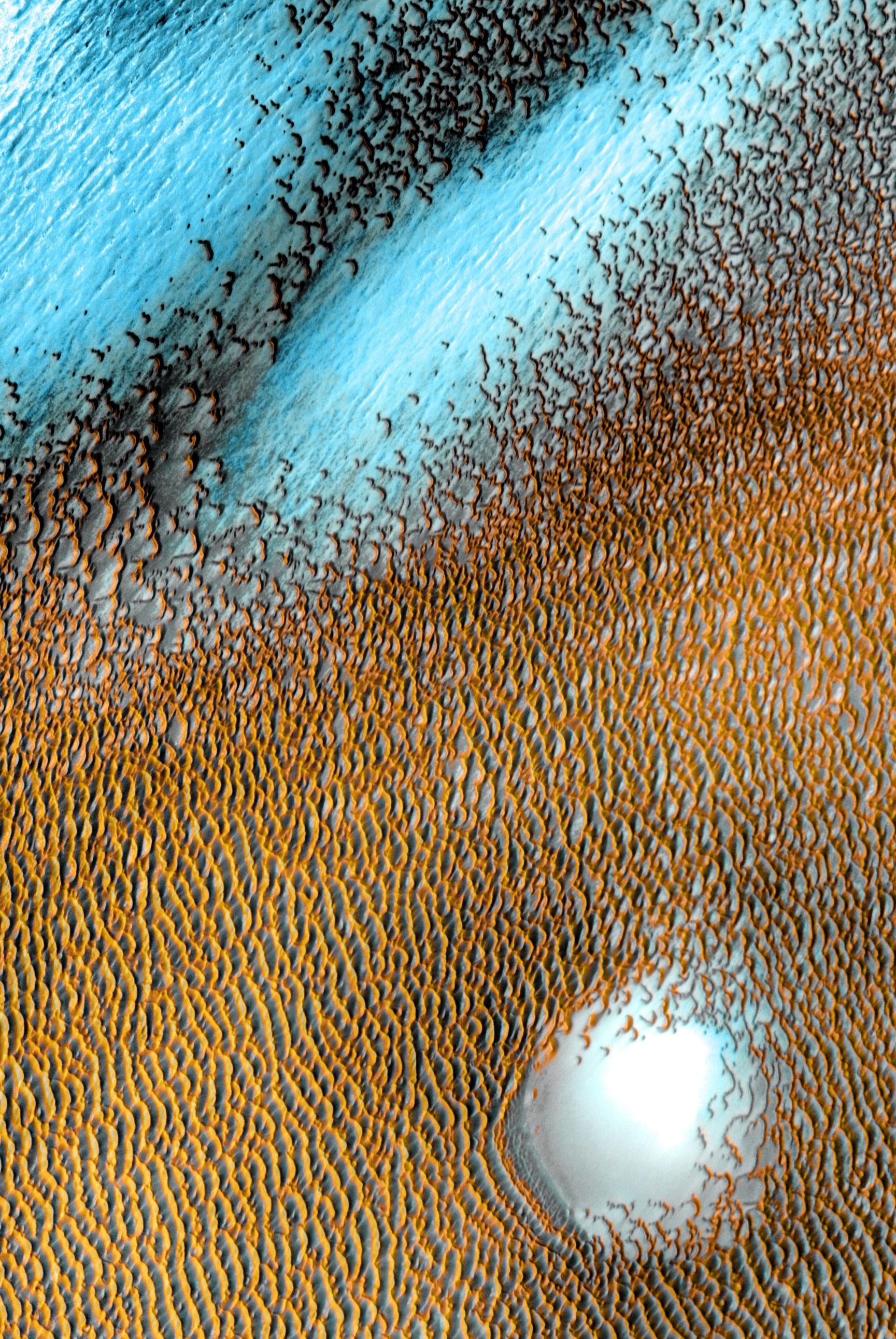 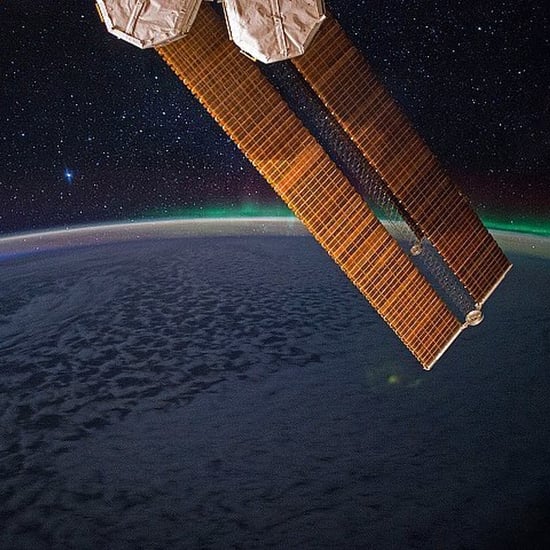 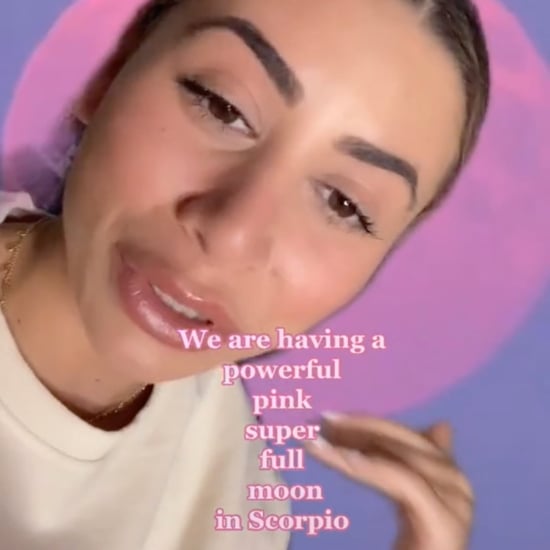 Space
The Super Pink Moon Is Tonight, and Here's How It Affects Your Horoscope
by Lauren Harano 2 weeks ago 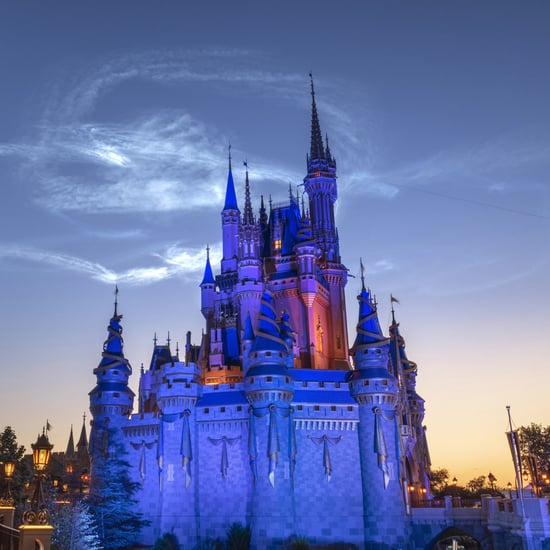