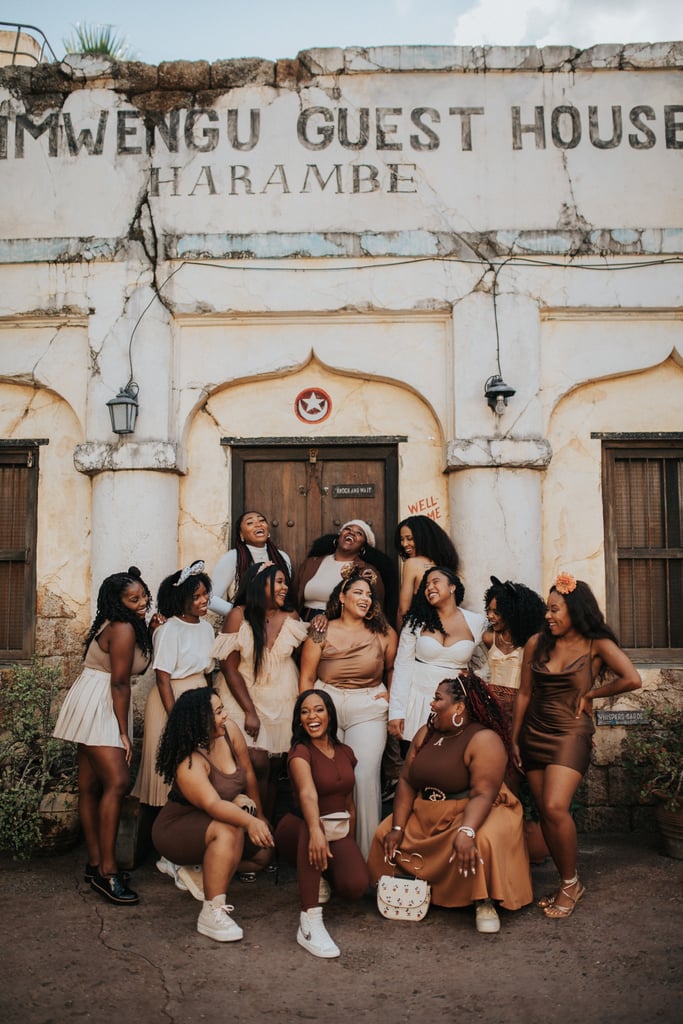 Disney lifestyle influencer Eryka Cazenave had a vision after listening to "Black Parade" by Beyoncé, a song that celebrates Black history and the singer's Southern roots. "I am a huge fan of Beyoncé," Eryka told POPSUGAR in an email. "I'm in awe of her talent and the way she has chosen to live her life being unapologetically Black."

Eryka's admiration for "Black Parade" resulted in her own artistic interpretation derived from the lyrics of the song: a photo shoot called "Motherland Drip," captured by photographer Aliya Burshan, that showcases 13 Black women dressed in different shades of brown in Walt Disney's Animal Kingdom. "It was a sea of beautiful brown hues and stunning queens in various shapes and sizes who bonded over two simple things: being proud of who we are and celebrating our love of Disney," Eryka said. "I hope that these photos make others feel hopeful that there are people out there who look like them who have similar interests."

"I hope that these photos make others feel hopeful that there are people out there who look like them who have similar interests."

The outfits included subtle nods to the Most Magical Place on Earth using accessories like belts, bags, and even Mickey ears. Everyone had a different style, which is what Motherland Drip model and Disney influencer Adriana appreciated. "Some of us are super sporty, some of us have very feminine style, and others are very preppy. It really speaks to the idea that there is no one way to be Black," she told POPSUGAR via Instagram DM.

While Walt Disney World remains a magical land filled with happily ever afters and positivity, this photo shoot exudes the kind of representation Disney has failed to prioritize in the past. Eryka has this message for Disney: "I hope that people can look at these photos of these stunning Black women and see the magic in our melanin." And whew, are these pictures magical. Get a dose of enchantment with the stunning photographs ahead.

Nostalgia
Phat Tuesdays: Look Back at the Black Comedy Renaissance of the '90s
by Chanel Vargas 4 days ago