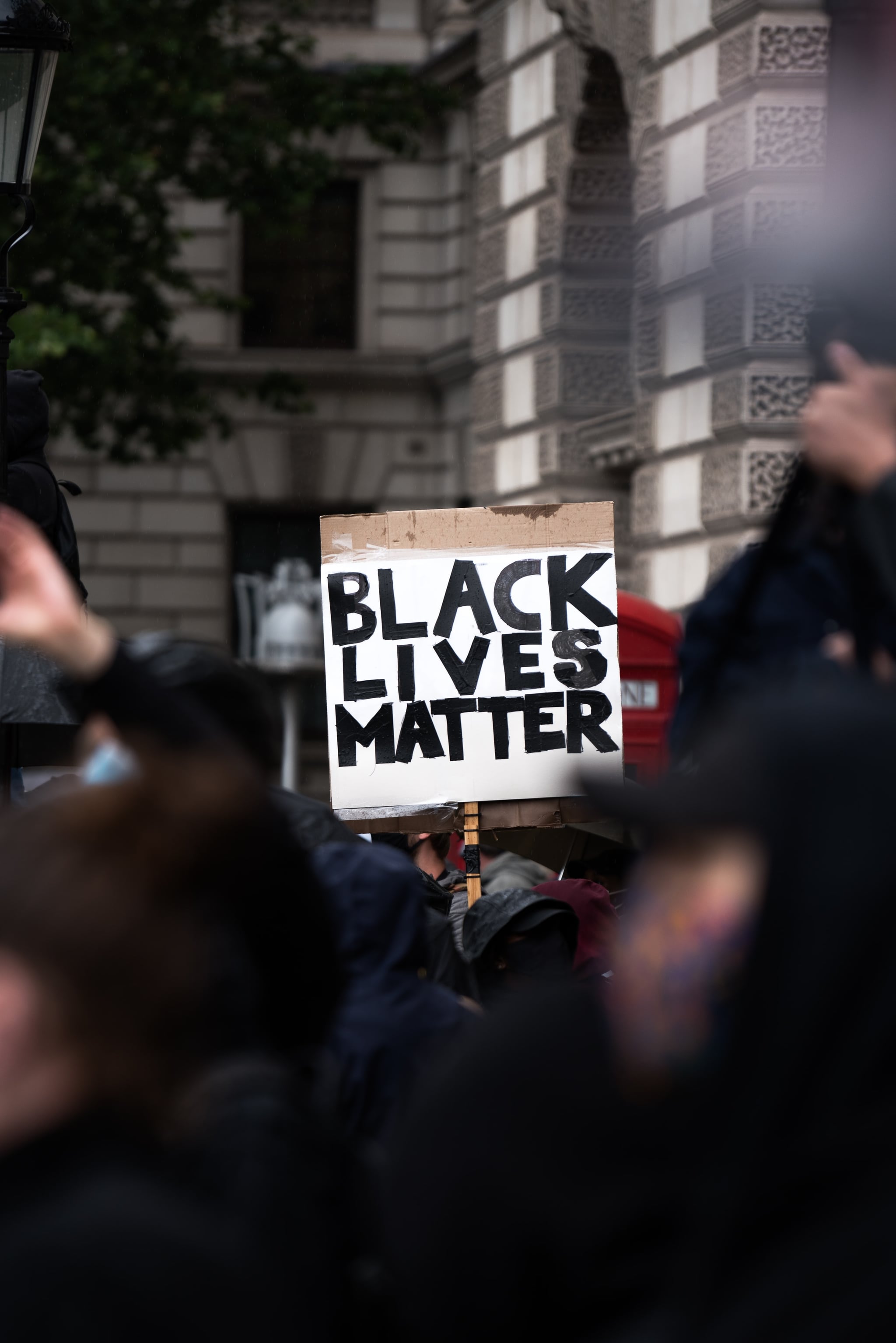 I'm a Gen Z kid, so I believe a few fundamental things: climate change is real, racism is alive and well, gender is a spectrum, and the personal is political. In the last few weeks, I've scrolled through numerous posts with antiracist reading lists, links on how to support the all Black Lives Matter movement, and amazingly candid, supportive videos from celebrities. I have some hope now, but I didn't for a very long time. As a Black woman, I've wanted to fix racism, sexism, homophobia, and basically every problem under the sun, but of course, it's never been that easy. I think we, as a generation of Black students and activists, are being too hard on ourselves when it comes to fixing our racist society, but that may sound a little like a cop-out, so let me explain.

As a writer, I want to reach all people with my writing all of the time, and I hope I will someday — but I also want to do it right now. Why? Because this movement and fight for Black futures is a matter of life and death. It can't wait, and neither can I. But I've learned that running out of steam is very real, and as young Black people, we can't afford to run out of steam. Fighting with all your heart, constantly, in every instance, can weigh on you, and it's so much easier to lose hope when you're already tired at 25 years old over fights you shouldn't have to have.

This pressure I put on myself was enormous, and I was so afraid that my silence would be someone's demise down the line. Still, I couldn't get the thought out of my mind: if I didn't fight, no one would, right?

I went to a predominantly white high school, and I inevitably had debates and arguments with many of my white classmates. While my school was very progressive and we had constant discussions about current issues, they were mostly just about the intricacies within bigger ideas — the differences and similarities between Jim Crow and mass incarceration, the possibility of a mathematics class perpetuating white supremacy, the generalization of races and genders, the gender spectrum, and so on.

After a couple of years of having these debates, I started to lose my strength and stamina. My emotions and stress got to me, but I still tried to argue through it. The "topics" we discussed were directly related to my identity as a person — my Blackness, my womanhood, or both — but for the other person, it was almost always just a discussion, a debate, or an interesting talk in history class. Their confusion was understandable, but it made my high school career feel like a constant battle. Even though they hurt me and my mental health, I always felt the need to have these discussions because I felt responsible for the safety of the next generation of Black students. There was an enormous weight on my shoulders, and I worried that if one specific argument didn't happen, then nothing would change.

I was plagued by the idea that the people I tried to reach would grow up to become senators, policymakers, lawyers, judges, and CEOs, and they'd sign a bill that would end up killing Black people. In my mind, I thought if I kept debating with them, then that wouldn't happen, and if they did go on to become senators and judges, they would hear my voice before signing a bill and change their minds. This pressure I put on myself was enormous, and I was so afraid that my silence would be someone's demise down the line. Still, I couldn't get the thought out of my mind: if I didn't fight, no one would, right?

Now in college, I'm starting to think I've been too hard on myself, and if you're like me — passionate and always fighting for what's right — you're probably being too hard on yourself, too. The safety of all future generations of Black people is way too much pressure for the small group of Black students and activists who even make it into predominantly white spaces, let alone just one person.

Related:
Don't Just Be an Ally to the Black Community — Be an Accomplice

As a writer, I feel like I'm using the flattest form of protest — sitting behind a screen and writing what I know and hoping people take the time to listen. But young Black students and activists shouldn't be the only voices speaking out. Allyship, as always, is more than reposting resources. It's not up to just us to save the world from racism, so we shouldn't have that burden. I couldn't do it in high school, but I've learned to just say no sometimes. It's important to take breaks for your own mental health. Now I make it a habit to refuse to be the first person to speak up in discussions about race, I don't try to explain every piece of Black history to people, and I don't rush to fight about things I know other people can handle. Part of being an activist is saving your energy for the fights that matter.

Reliving and justifying our struggle is not only tiring and disrespectful, but it's also retraumatizing. Black people in white spaces are often asked to explain ourselves, to be the all-knowing voice that explains racism with personal anecdotes, facts, statistics, and peer-reviewed sources at the ready. We cannot and will not expend our emotional labor on people who can educate themselves.

I thought I was alone in my fight, which is why I allowed myself to be put under so much pressure. But we don't have to do this alone. It's not our responsibility to save everyone, especially when there are other people around us who can step up, who must step up. We, as Black people, need to be kinder to ourselves. It isn't our job to educate the world about our struggle. Yes, we must keep fighting, marching, speaking out, and being the generation that can make real change, but sometimes we have to let up, take a break, and let our non-Black allies put in the work, so we can be mentally healthy enough to fight to the end.