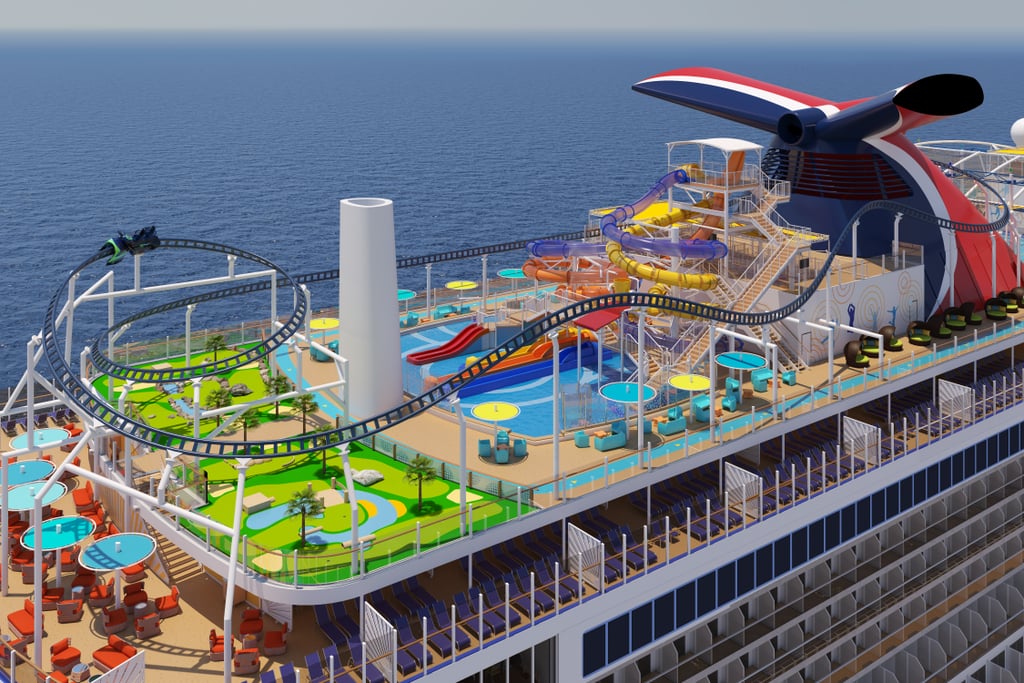 If you thought cruises were just filled with all-you-can-eat buffets and formal dining rooms, you haven't experienced modern cruising. Over the past 10 years, the world's largest cruising companies have evolved their ships' dining options to help passengers feel a lot more like they are dining around their favorite cities, rather than eating in large dining halls.

While many ships have adopted the trend in small ways, none has done it bigger — or better — than Carnival Cruise Line. When the Mardi Gras ship hits the seas in September 2020 — the largest in the fleet, weighing in at a stunning 180,000 tons — it will be a foodie's paradise. The ship will be divided into six zones, each focused on distinct dining, drinking, and entertainment options. Among them, restaurants from two of the world's most famous chefs (Emeril Lagasse and Guy Fieri), and one of the world's biggest NBA stars (Shaquille O'Neal) — not to mention cool new bars and the cruising version of food trucks.

Read on to see why foodies will be clamoring to book rooms on the Mardi Gras.

Travel
Actor and Former Travel Host Henry Golding Shares His Favorite Destination: "It Was Remarkable"
by Lauren Harano 19 hours ago

Pet Advice
Maxbone Makes Everything My Dog Needs to Travel, Starting With This Stunning Carrier
by Morgan Ashley Parker 3 days ago

Travel
This Couple Went to the Top of Yosemite to Exchange Handwritten Vows, and Look at Those Views
by Lauren Harano 3 days ago

Travel
Is It Safe to Travel to Europe This Summer? Here's What You Should Know
by Haley Lyndes 1 week ago