If you've ever wondered what dogs dream about while they sleep (going on walks? cuddles? chasing cats?), this hilarious new TikTok trend might have just revealed the answer: food! Thanks to TikTok user Team Kodak, dog owners have been waking up their dogs by holding their favorite snacks under their noses, and the amount of times it works is just as funny as the amount of times it doesn't. As someone who has had more than one dream about whipping up a five-course dinner and subconsciously made plans to indulge in my favorite dessert once I wake up, I can definitely relate. Personally, I'd skip the dog biscuits and carrot sticks in favor of something more like a chocolate chip cookie, but to each their own.

In one video, a bulldog named Shortcake is enjoying a nice nap when her owner puts a piece of cheese under her nose. Shortcake immediately wakes up, swallows the snack so fast that I question if it ever truly existed, and promptly settles back in for some sleep. The challenge has also worked on cats and humans, depending on the snack, but dogs are getting the most out of this challenge by far. Witness all of the dogs' delightfully hilarious reactions ahead.

Related:
Dog Owners on TikTok Are Asking Their Pets to Take a Small Bite of Food, and It's So Pure
Previous Next Start Slideshow
Animal VideosDogsTikTokFunny PetsPuppiesPets
Around The Web 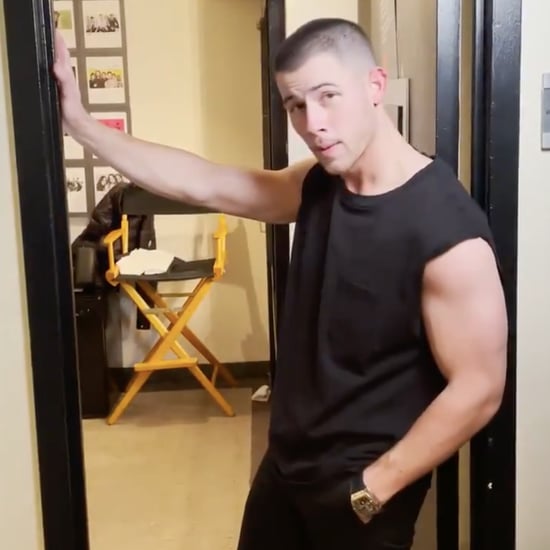 Nick Jonas
I Don't Know What I Expected From Nick Jonas's Silhouette Challenge, but It Wasn't This
by Mekishana Pierre 2 days ago

Little Kids
This 5-Year-Old Gave Her Mom the Sweetest Compliment, and Her Reaction Will Melt Your Heart
by Yerin Kim 4 days ago