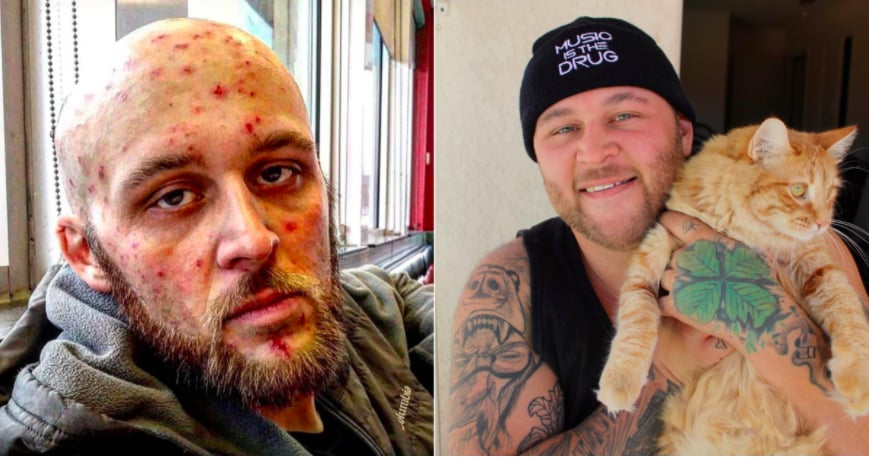 Hunter Michael Shepard, a 25-year-old dad originally from West Virginia, has been battling drug addiction since he was 12 years old. Eventually, he turned to methamphetamine and heroin, often mixing the drugs together with substances like acid and ecstasy. After years of rehab facilities and relapses, Hunter finally got the help he needed and he's officially been clean for 846 days. Although he has his parents to thank for his sobriety, he also gained support from an unlikely source: an orange cat named Pete.

"I started using weed whenever I was 12 years old, and from the beginning I was an addict," Hunter shared. "It's hard to explain, but weed affected just as badly as heroin did in my 20s. As a youth, I got in a lot of trouble. I had misdemeanors and felonies. I ended up in a mandatory rehabilitation program for minors who had felony charges when I was 16. I was there for 11 months when you were supposed to finish the program in five months. I was just so against treatment and didn't follow the rules until the end."

Related:
After Having a Debilitating Stroke at 26, This Mom Is Truly Living Life "Unafraid"

Over the next few years, Hunter struggled to stay clean. He went to a variety of treatment facilities, including outpatient rehab centers in Florida and California, and ended up staying sober for five months.

"I left and went back to West Virginia for a girl who ended up breaking up with me," he said. "I lost my job within a week. I was angry and I start arguing with my parents, and then I relapsed again. This was the last time that I relapsed. In a three-week period I lost 45 pounds. I had meth sores all over my entire body, they were literally everywhere."

The situation came to a head when Hunter eventually entered a drug-induced psychosis. "I was high on heroin already, and I hadn't been sleeping for a few weeks," he explained. "I had lost all this weight, so I just wasn't well in general. I instantly blacked out for three days after doing Flakka, a synthetic stimulant. It was so scary, I was tripping out for three days. My parents helped me tremendously during this time. My dad had to shower me and he helped me change my clothes. I eventually did get some sleep, but I was still in psychosis. At 22 years old, I slept in between my parents for three days."

Hunter was able to finally stay sober after returning to California for treatment. "I went back to California and this time it was different," Hunter said. "I wanted to stay sober because I realized I have a daughter to take care of. This time I was ready. I remember my dad asking me, 'Do you want to be buried, or do you want to be cremated?' I didn't want to die."

"Having pets is an incredible way to remain connected to something that goes beyond yourself."

Upon completing treatment, Hunter followed his parents to Yuma, AZ, where they had recently relocated with his daughter. Although he was happy to be reunited with his family, Hunter was struggling with depression. Little did he know that he would soon get some much-needed emotional support.

"One day I opened up my front door and Pete was sitting literally in front of my door and I tried to shoo him away, and he just wouldn't leave," Hunter said. "He looked frail and sickly. I kept trying to shoo him away because he wasn't my cat. I wanted him to go home if he had a home, but he just sat there and stared at me. My mom really wasn't a cat person, neither was my dad. We've always had dogs."

After the cat hung around outside Hunter's house for two days, Hunter's daughter asked if they could keep Pete, and naturally, he caved. At the time, Hunter wasn't aware of just how much Pete would help him navigate sobriety.

Related:
After Growing Up Without a Father, a Man Made a Helpful YouTube Channel For Kids Who Need Support

"I feel like it was just fate," Hunter said. "He's just been here ever since. Recovery is all about connection, addiction is the absence of connection. Regardless of where you find that connection, I think having pets is an incredible way to remain connected to something that goes beyond yourself."

Of course, Hunter doesn't encourage recovering addicts to adopt animals until they can fully take care of themselves. However, if they're a few years clean, he says having a pet around can be incredibly helpful. "Now that I've had Pete for over a year, there have been times where I've been really lonely, and even though I was surrounded by people," he shared. "I could go to NA meetings, but I still felt lonely. Pete has been there for me."

Now, Hunter uses his social media presence to encourage other recovering addicts to stay sober. Follow his journey with Pete on Facebook to learn more. If you or anyone you love is suffering from addiction, call the Substance Abuse and Mental Health Services Administration's free hotline. 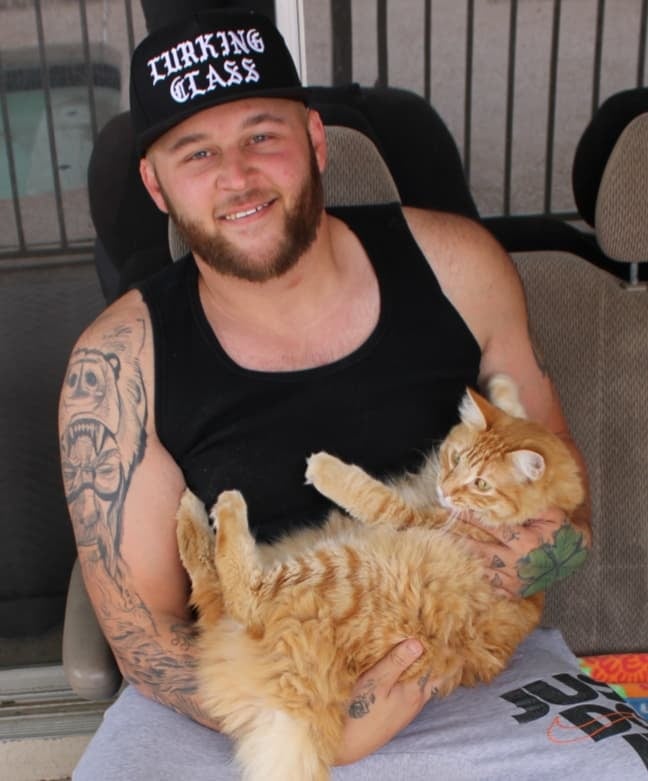 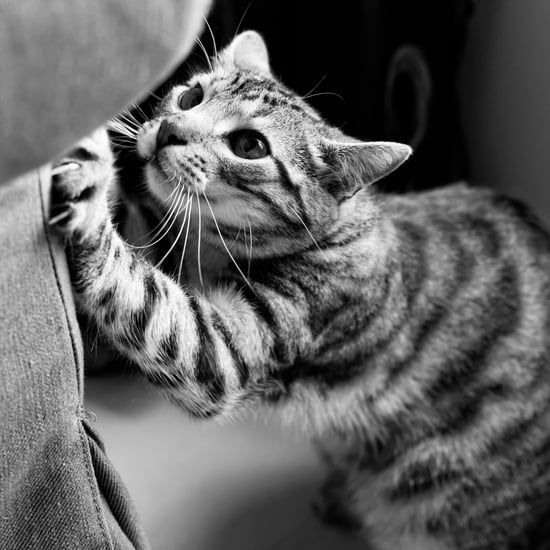 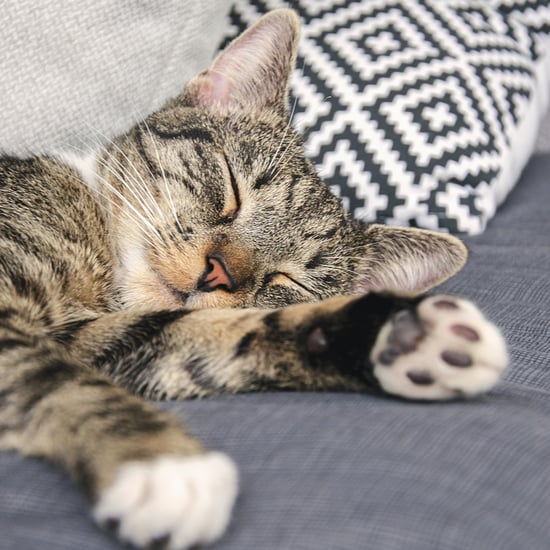 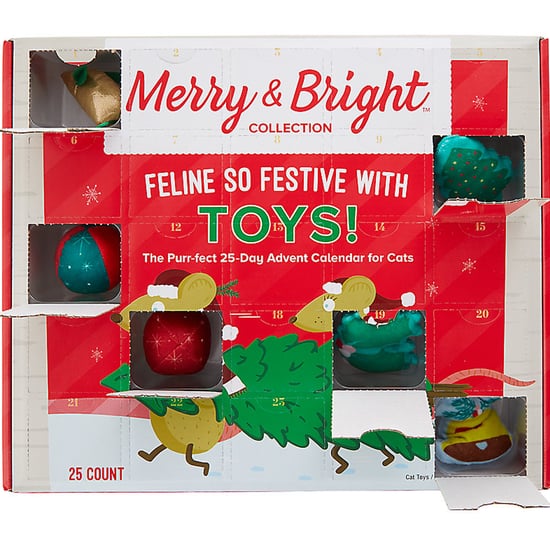