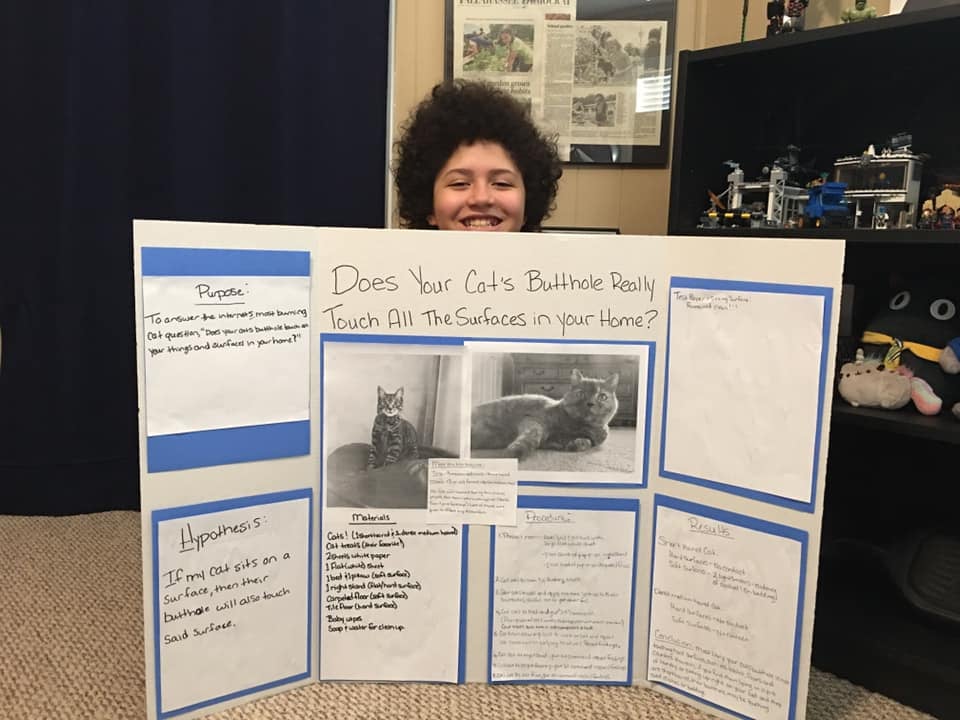 Kid's Science Fair Project Answers the Eternal Question: "Do Cat Butts Really Touch All the Surfaces in Your Home?"

Have you ever watched your cat meander about your home, sitting on everything from your dinner plate to your bed pillow to your bathroom counter, and wondered, "Erm, did my cat's butt really just make contact with my toothbrush?!"

Well, not only are you not alone, but you've also got some answers, thanks to an industrious sixth-grader named Kaeden Griffin. For his homeschool science fair project, Kaeden tackled one of the most perplexing questions stumping pet owners: "Does your cat's butthole really touch all the surfaces in your home?"

Kaeden, like many others out there, assumed that if his cat sits on a surface, then their "butthole will also touch said surface," and to test his hypothesis, he and his mom, Kerry, applied nontoxic lipstick (bright red lipstick, in fact!) to the buttholes of their two well-behaved cats. The cats were then given a series of commands — including sit, wait, lie down, and jump up — and were compensated with praise and treats. The lipstick was removed with a baby wipe once they collected the necessary data, which took place in less than 10 minutes.

His mom, Kerry, shared the findings from the experiment on Facebook, and the images of Kaeden behind his adorably serious trifold posterboard presentation have gone viral.

So, what did the researchers conclude?

Still, she said that "chances are favorable that your cat's butthole has not and will to touch all the things and surfaces in your home."

There you have it.

Kerry told POPSUGAR that Kaeden "most definitely got an A+," and not just because she is his homeschool teacher — or because of her PhD in animal behavior with a concentration in feline behavior. In fact, she joked that "I feel like for the first time in 15 years, I actually put my degree to use, even though I was only supervising his work!"

Kaeden's mom also wanted to issue a disclaimer that no cats were harmed in the making of this groundbreaking science fair project.

Read on for a closer look at the findings and the test subjects in action! 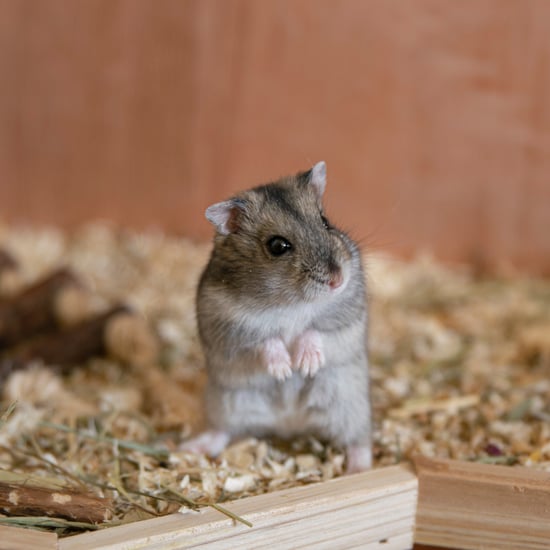 Pet Advice
Love Those Singing Dog TikToks? 2 Vets Explain Why Dogs Do It
by Sydni Ellis 6/16

Pet Advice
Is It Safe For Your Dog to Eat Cicadas? A Vet Explains
by Morgaine McIlhargey 6/15

Pet Advice
Maxbone Makes Everything My Dog Needs to Travel, Starting With This Stunning Carrier
by Morgan Ashley Parker 6/11