Halloween isn't over yet 😹 pic.twitter.com/XhLDP3NgJO

Being a Giants fan has certainly come with some disappointing moments this season. While I'm not throwing shade at Daniel Jones, watching them take the field every week has become more of an act of loyalty rather than something I do for fun. However, during the second quarter of the Giants' Nov. 4 game, I — along with thousands of other football fans — held my breath as a very confident black cat strode across the field.

Although I felt bad for the sweet kitty (it's pretty clear they weren't expecting to be seen by a full stadium of people), the four-legged furball didn't stay on the field long and spent just about as much time in the end zone as the Big Blue has this season (spoiler: very little). After a few minutes, a group of state troopers were very clumsily able to corral the cat back into a tunnel, and the crowd erupted into applause. Unfortunately for Giants fans, the cat's appearance was actually a good luck charm for the Cowboys. After being down 3-9, the Cowboys turned it around, taking home a win for Dallas.

Naturally, as soon as the kitty took the field, Twitter went wild. Take a look at some of the hilarious responses and feedback people had for this honorary NFL player.

Pixar Released a Short Film About a Stray Cat Befriending an Abused Pit Bull, So Get Ready to Cry at Your Desk
0
previous images
-20
more images
Previous Next Start Slideshow
Animal VideosViral VideosCatsSportsAnimal Humor
Around The Web

Simone Biles
Simone Biles Graces Vogue and Talks Body Image, Being a Black Gymnast, and the 2021 Olympics
by Jenny Sugar 4 hours ago 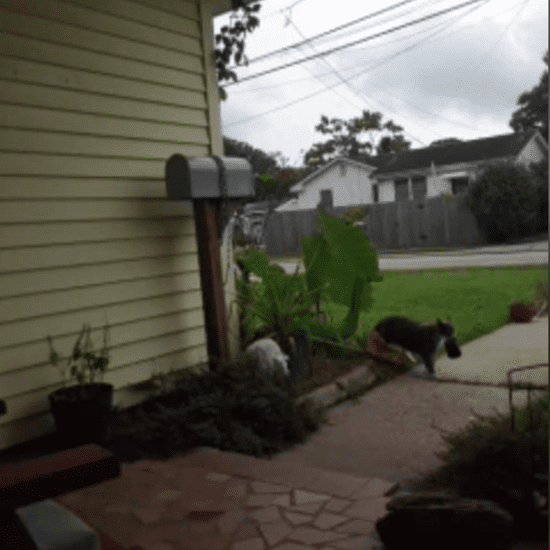 Cats
A Naughty Cat Has Been Stealing His Neighbor's Laundry, and His Owner's Reaction Is Hysterical
by Murphy Moroney 1 day ago

Little Kids
Should Kids Be Wearing Masks When They're Playing Sports? We Asked an Expert
by Murphy Moroney 1 day ago

Toddlers
Watch a 3-Year-Old Prove Representation Matters as She Points to Hamilton's Phillipa Soo and Says, "It's Me"
by Alessia Santoro 3 hours ago

by Murphy Moroney 37 minutes ago