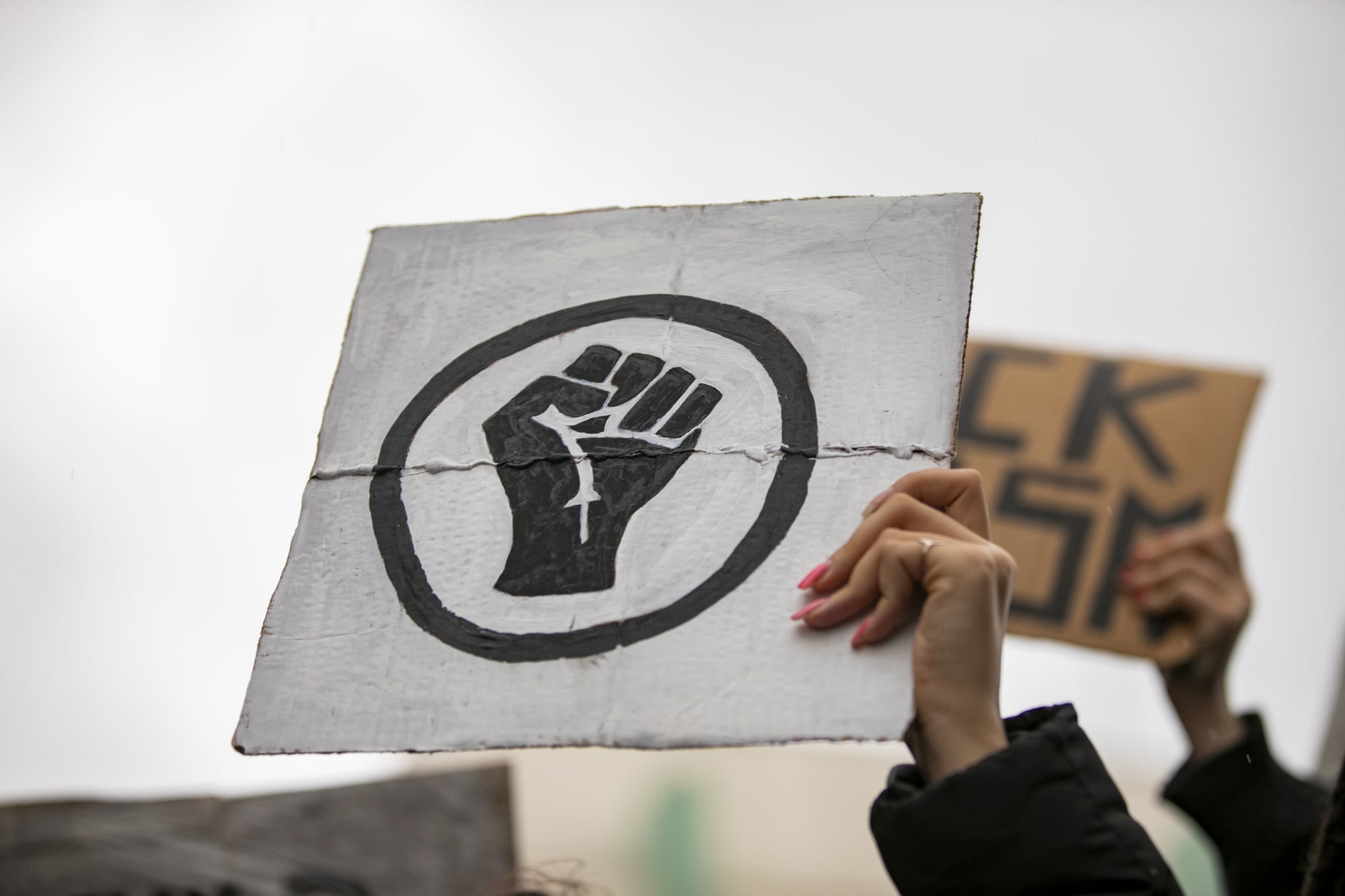 People across the country and around the globe are calling for justice following the recent killings of Black Americans — George Floyd, Ahmaud Arbery, and Breonna Taylor, among others. There were also Tony McDade and Nina Pop, both of whom were transgender. The deaths that have garnered media attention are simply a glimpse at the systemic oppression and racism the Black community faces every day at the hands of fellow citizens and police, too.

It's important to educate yourself first to understand the history of police brutality and racial oppression in this country. If you're white, you can start with this recommended reading list for white people to be a better ally. Read New Era of Public Safety: An Advocacy Toolkit For Fair, Safe, and Effective Community Policing, a report and toolkit developed by the Leadership Conference on Civil and Human Rights on police reform.

But, as activist and community organizer Leslie Mac told Vox, "Antiracism is about doing and not just knowing." Donating to local and national organizations fighting for racial justice is one act of "doing." And when it comes to being an ally in this fight, there are other ways you can take political and civic action right now and in the future without opening your pockets. Take a look ahead for five main actions.

To start, here's a petition from Black Lives Matter to defund police. The concept behind defunding the police isn't, as Vox explains, to completely strip funding altogether; rather, it's a call to reallocate funding in places that need it more. (Read more about that here.) For instance, this petition started by Reclaim the Block in late May specifically asks Minneapolis City Council to defund the police force, which would free up resources for the safety and health of the city's BIPOC communities. You'll find other petitions for victims and for policy change compiled in this resource landing page put together by Twitter user @dehyedration. Here are just a handful of the petitions you'll see on that page:

Why it will help: Put simply, every signature counts. As sources who spoke to The New York Times in 2016 explained, the online petitions raise awareness, and the effectiveness of a petition depends on a number of factors such as how many signatures are collected and whether those being petitioned are in a position to facilitate change.

Related:
How You Can Help Demand Justice For Breonna Taylor on What Should've Been Her 27th Birthday

There are a number of things you can contact local government about, and usa.gov has links to connect with your elected officials. For instance, as The Cut suggests, you can research how much of the budget in your place of residence goes toward the police force and then contact local lawmakers, asking them to cut that spending and distribute it into underfunded parts of the community instead.

Another action you can take is inquiring about safer policing in your area. Barack Obama argued, "every mayor should review their use of force policies with members of their community and commit to report on planned reforms. We need mayors, county executives, and those in positions of power to make this a priority." He linked to a "commit to action" page outlining why this is important and urging community members to reach out to officials.

Also, you can learn more about contacting local prosecutors on winningjustice.org. In terms of specific cases, you can use a helpful template from Instagram user Maasai Godwin (@maasaipg) to send a prewritten email about George Floyd to Minnesota legislators. Here's a prewritten email for Breonna Taylor (you can find it in N'Dea Godwin's Instagram bio), and here are numbers to call for her as well (you can also find some key numbers here).

Why it will help: As the New Era of Public Safety report we mentioned above states, "Through service calls and complaints, you can shape police priorities and document violations of rights and policies." Note: Carefully read through the templates being circulated on social media, and stay up-to-date on specific cases. Do your own research when it comes to your local government. Read up, and if you're comfortable, reach out.

Leverage social media to find a protest near you, Mashable suggests, adding that checking in with local advocacy groups specifically is important. Read up on your rights as a demonstrator — CNN published a useful guide on that.

Two epidemiologists who spoke to The Washington Post urged the use of masks and social distancing as much as possible due to COVID-19, and Wired has specific tips on what to bring, what to wear, and more. Note: you can also join a demonstration online.

Why it will help: Demonstrations being organized right now show solidarity against racial injustice and police brutality, and they highlight the problems, as Obama stated online. You have the right to protest — it's in the US Constitution under the First Amendment to peacefully assemble. 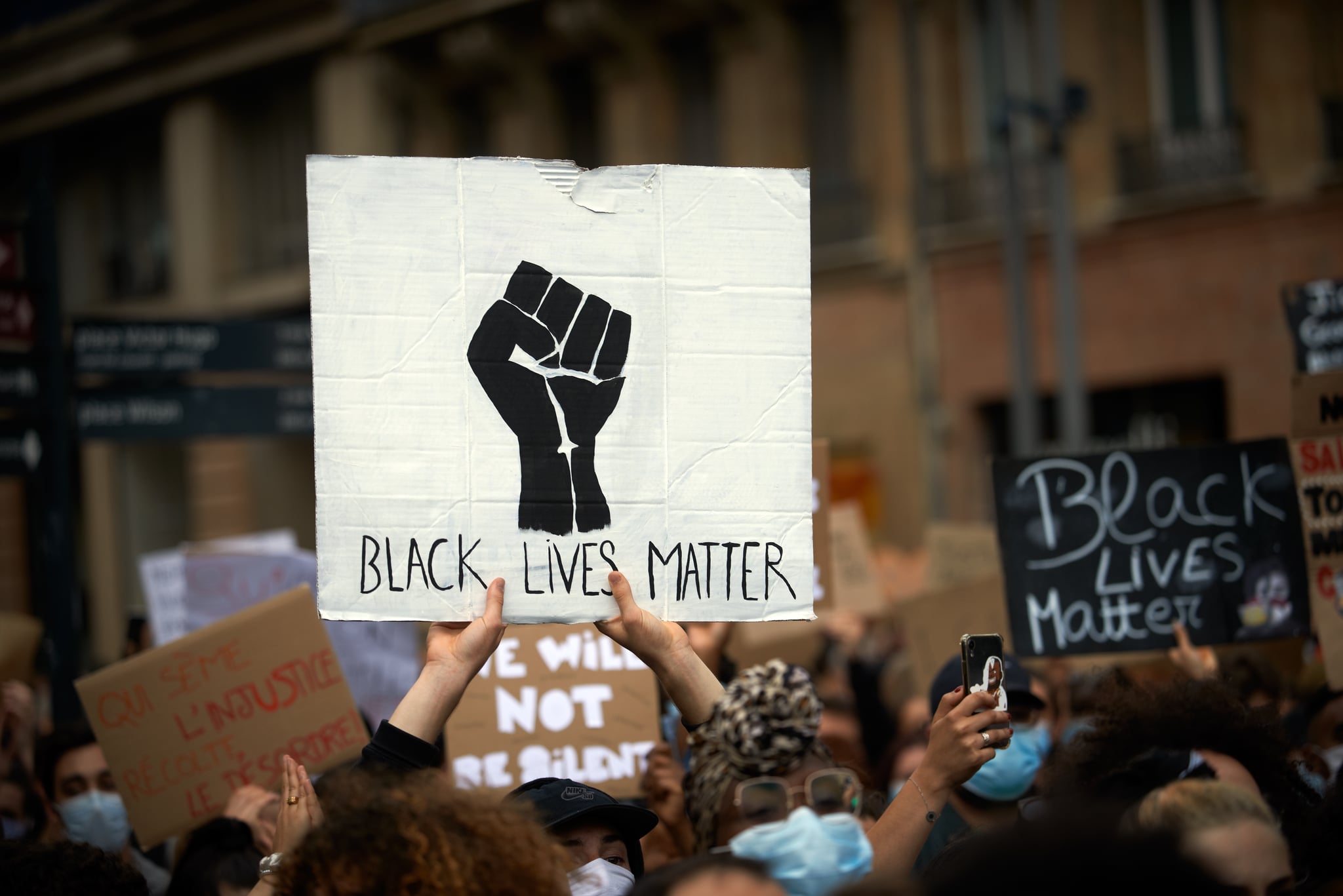 You can volunteer specifically for cleanup duties after protests in your area, which people in major cities are already doing. You can also offer resources to affected business and communities or contribute funding to recovery efforts if available in your area.

Outside of protests and community cleanup, you can join antiracist engagement groups and groups organizing protests, as well as find local chapters of Black Lives Matter. Here is one list of organizations from Neighborhood Funders Group that might be in your area and that address police accountability and racial justice. There's also this list from the W.K. Kellogg Foundation of national and grassroots organizations that work in the field of racial equality and antiracism. Find other ways you can volunteer in your community on your own or in a group.

Why it will help: Volunteering your time to a cause you care about gives you a place in a fight that's bigger than yourself. It also grants you experience working to give back to your community. There's power in numbers, and getting involved can help enact real change.

Cast your vote on the local and national level. Read up on state and local elections on usa.gov, where you'll be able to search for elections coming up in your area. If you haven't done so already, register to vote on vote.org. Obama pointed out in an essay published to Medium that voter turnout in local races is usually low, especially when it comes to the turnout of young people. This, he said, "makes no sense given the direct impact these offices have on social justice issues." He continued on to say that casting ballots to elect officials who will act on reform is crucial.

Why it will help: As the New Era of Public Safety report explains, "By voting, you can ensure that elected officials share your vision of public safety and are willing to take action to change policing." US Representative for New York's 19th congressional district Antonio Delgado said in his op-ed for The Washington Post that he is the first person of color to represent upstate New York in Congress. This, he wrote, is proof that voting can enable change "that once might have seemed out of reach — in fact, it's crucial to changing the laws and policies that have caused so much agony."

Related:
Barack Obama Sends a Message of Hope to Young People of Color: "Your Lives Matter"
PoliticsProtestAntiracismBlack Lives MatterRace And Culture
Around The Web

Healthy Living
Black Olympic Athletes Reveal What Brings Them Joy, and It's Not Always a Gold Medal
by Christina Stiehl 22 hours ago 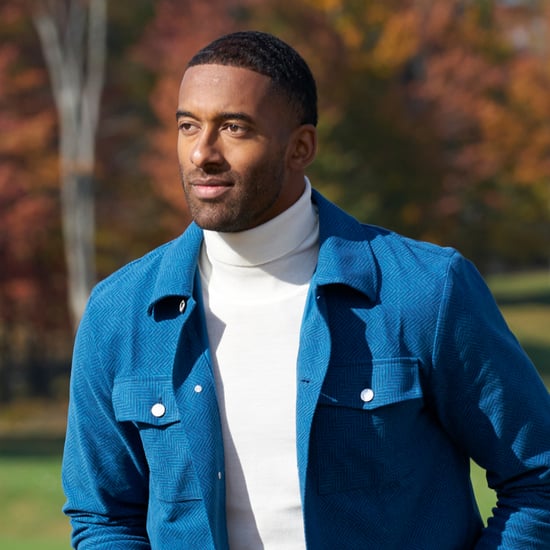