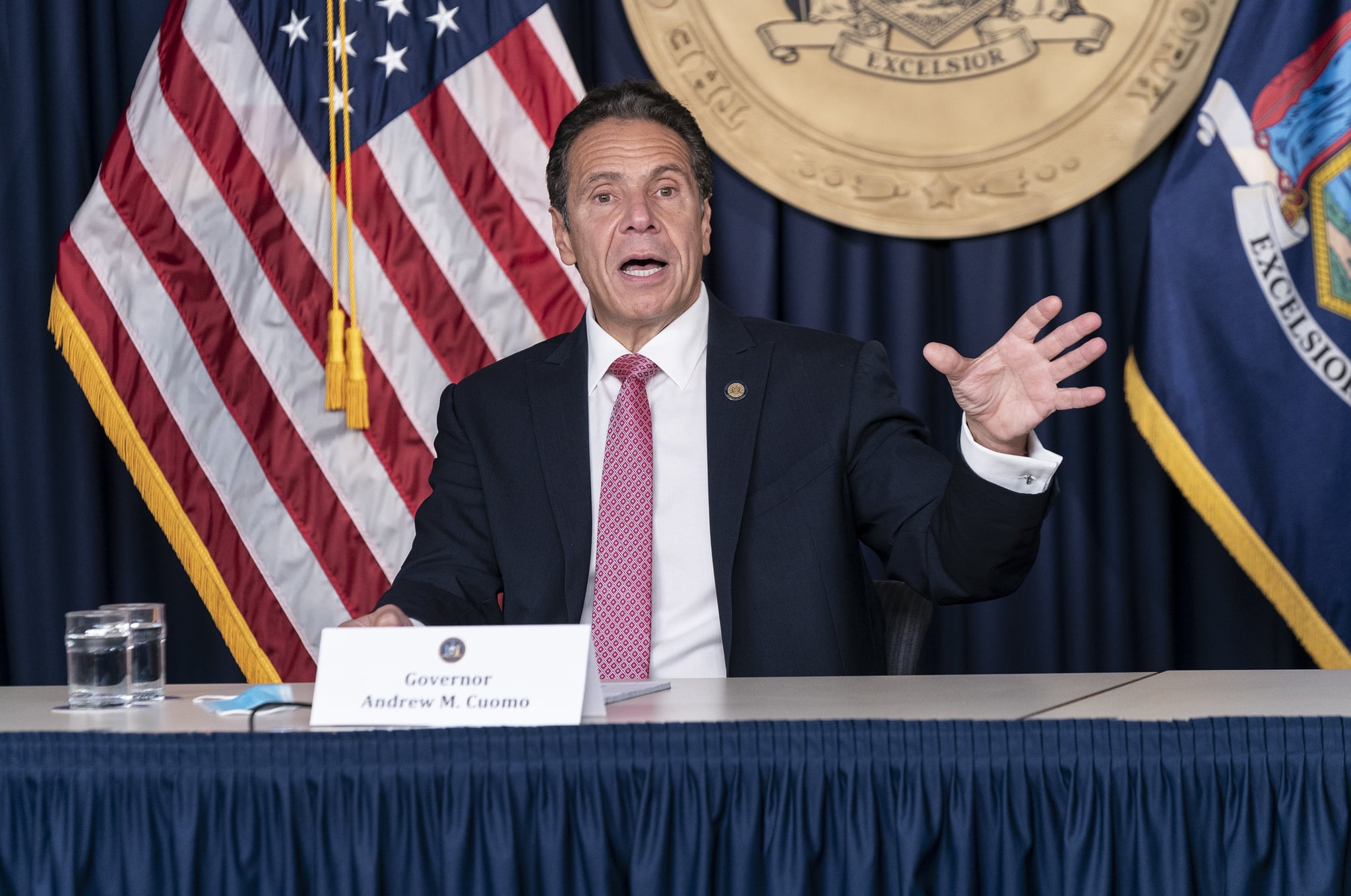 On March 3, following several allegations of sexual harassment and misconduct, New York Gov. Andrew Cuomo apologized if the women accusing him "felt hurt" by or "felt pain" as a result of his words and actions. "I never knew at the time I was making anyone feel uncomfortable," he said.

The press conference followed a statement Cuomo released over the weekend offering a tepid apology if his words and actions had "been misinterpreted as an unwanted flirtation." He wrote, "To the extent anyone felt that way, I am truly sorry about that."

It's more of the same, tired gaslighting we've seen from nearly every powerful man accused of harassing and harming women in recent years.

If the governor's nonapology statement and press conference — which focused on what he claimed were the intentions behind his actions rather than their impact — felt like déjà vu, there's a reason. It's more of the same, tired gaslighting we've seen from nearly every powerful man accused of harassing and harming women in recent years. Over and over, powerful men, and especially male politicians, have "apologized" if a woman they allegedly harassed or harmed "felt" or "interpreted" their words and actions in a certain way. In other words, the abuse was all in the woman's head, and the man accused doesn't bear responsibility. So far, Cuomo has refused to resign. And he has yet to clarify how he'll face accountability or what, if any, changes he's making to prevent future misconduct.

Any statement that purports to apologize but claims a woman misinterpreted the exchange is rooted in victim blaming, as if it were their victim's choice to be offended or intimidated, doubling down on the harm that's already been inflicted. This defense against allegations of sexist misconduct is also deeply infantilizing, treating women as if they lack the maturity, experience, or worldliness to know how to properly read a situation and denying them credibility when it comes to their own lived experience.

The allegations against Cuomo primarily come from women who worked for him. Former top staffer Lindsey Boylan was the first woman to offer a detailed accusation last week, alleging that in 2016, her boss told her Cuomo had a "crush" on her. Boylan said that in 2017, the governor suggested they play strip poker, and in 2018, he gave her an unwanted kiss on the lips. Another former aide, Charlotte Bennett, 25, said that last year, the governor asked her a number of invasive questions about her personal life while they were in his office, including whether she had been with older men, and told her he was open to a relationship with a woman in her 20s. And a third accuser, Anna Ruch, said she had never met Cuomo before a wedding they both attended in 2019. Just after they met, she said, he placed his hand on her bare lower back, then put his hands on her cheeks and asked if he could kiss her. (These allegations also come as Cuomo faces other serious allegations related to his alleged cover-up of nursing-home-related deaths amid the pandemic.)

It's frustrating because it's exactly like every nonapology we've heard before, sneakily and insidiously shifting blame onto victims of abuse.

Since the sexual-harassment allegations against Cuomo first surfaced, a small but growing group of Democratic lawmakers, including New York Congresswoman Kathleen Rice, as well as the New York Working Families Party have called for the governor's resignation. Others have defended Cuomo by claiming calls for his resignation are "premature" — to which New York state Sen. Jessica Ramos responded in a biting tweet, "You know what's premature and unfair? Grabbing someone's face without their consent."

According to a 2016 study by the US Equal Employment Opportunity Commission, 60 percent of women say they experience "unwanted sexual attention, sexual coercion, sexually crude conduct, or sexist comments" in the workplace. And despite the claims of powerful men like Cuomo that they have benign intentions and that their "friendly" treatment of women is simply being misinterpreted, male employees and men in general are rarely if ever subjected to the same "friendly" treatment. The inappropriate touching and comments by men like Cuomo targeting women and female employees are paternalistic and infantilizing at best and abusive and predatory at worst.

When women allege a powerful man sexually harassed or harmed them, they face the same sexist scrutiny, the same insistence that calls for basic accountability are premature, and the same condescending assertions that they weren't actually harmed but merely misunderstood something. Cuomo's nonapology isn't frustrating because it wades into any sort of new territory in the #MeToo era, which has exposed seemingly countless powerful men accused of similar behaviors. It's frustrating because it's exactly like every nonapology we've heard before, sneakily and insidiously shifting blame onto victims of abuse.

The change we desperately need in workplaces across the country, and in society at large, requires us to hold those in power to a higher standard. It requires us to believe women who say they feel violated and assign value and importance to women's comfort and safety, over maintaining the same power structures that got us here in the first place.

Vaccinations
After Picking "Pandemic" Last Year, Merriam-Webster's 2021 Word of the Year Is "Vaccine"
by Kelsey Garcia 11/29/21

Joe Biden
For 85 Minutes Today, the United States Had Its First Woman President
by Kelsey Garcia 11/19/21

News
Kyle Rittenhouse Acquitted by Wisconsin Jury: "He Was Not Held Responsible For His Actions"
by Chanel Vargas 11/19/21