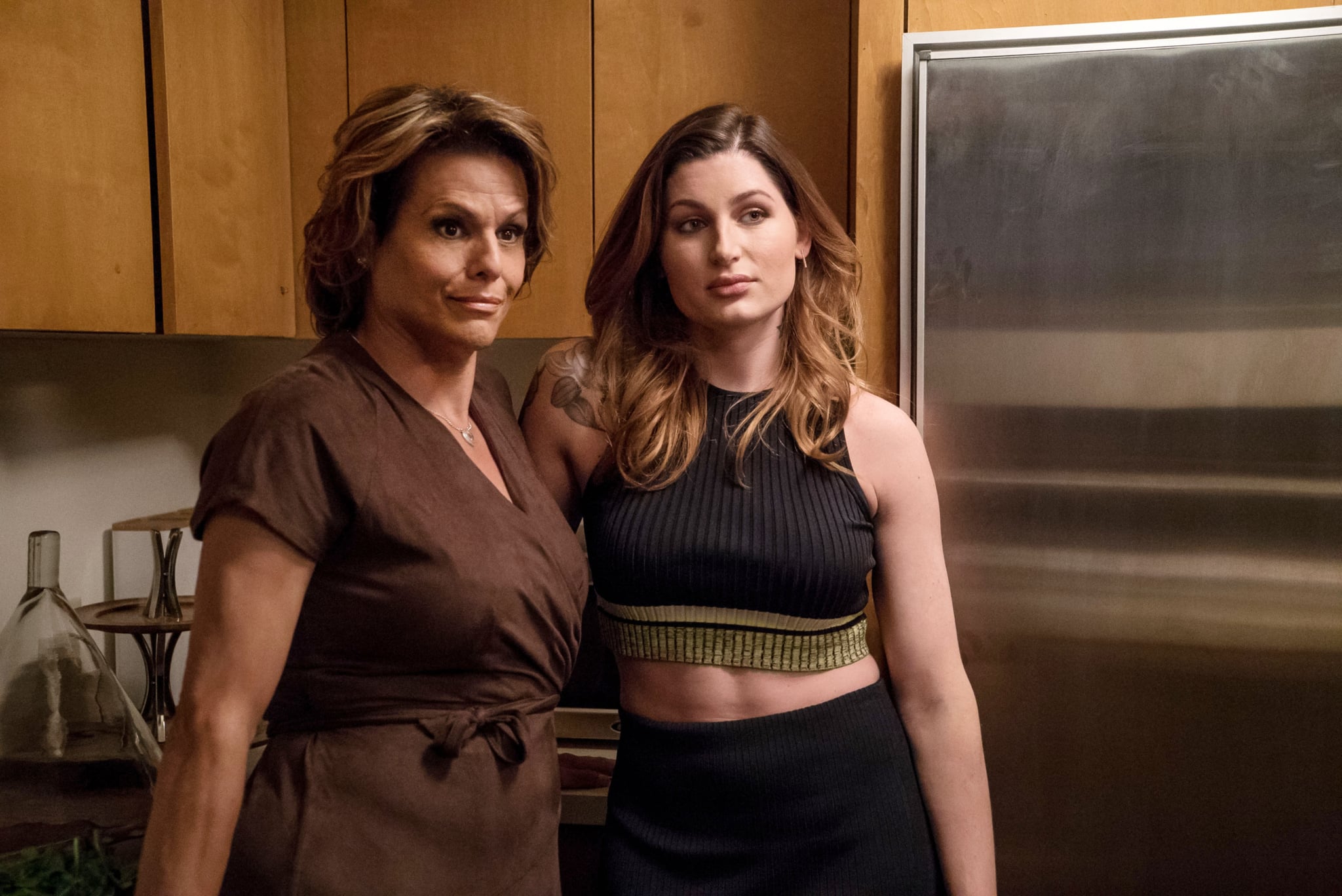 In the first season of Amazon's incredible, visceral series Transparent, we meet Maura, a transgender woman who decides to come out later in her life. Maura has three kids and an ex-wife, all of whom struggle to see this new side of a person they've known for decades. During this time of struggle (and in flashbacks), we also learn what is known as Maura's "dead name" — aka the name she had prior to her transition.

In many small ways, her family shows resistance in accepting Maura's true presentation of self. It may be by using her old name or by recounting pretransition memories. Even the term "Moppa" — an amalgamation of "Momma" and "Poppa" that her kids adopt in the wake of her coming out — refuses to acknowledge that Maura wishes to be seen completely as a woman. The series shows just how crucial selecting her new name really was to Maura's transition process.

Now, in 2017, we're seeing some truly horrifying oppression against the transgender community — everything from President Trump's transgender military ban to a disturbing growing number of murders of transgender people. These are some of the more extreme examples of discrimination and mistreatment transgender people still face today, to be sure. Even so, they represent a marked ignorance about the transgender journey in general that inevitably reinforces the very behavior that breeds it. Even on the most basic level, transgender people are invalidated in ways both great and small every day. Perhaps one of the most common and easiest ways to dishonor someone's identity is to participate in what is known as "dead-naming."

"Dead-naming" is a term that involves "the practice of uttering or publishing the name that a transperson used prior to transition."

According to the Advocate, "dead-naming" is a term that involves "the practice of uttering or publishing the name that a transperson used prior to transition." Most of the time, an individual will pick a new name as soon as they begin to identify as the gender they know they are on the inside. This new name, in a way, marks the "death" of their old identity and the person they once were. With a new name, they signify a new, more truthful, and more fully realized phase of their life.

To get a better understanding of the deep significance of selecting a given name, we spoke to writer Caleb Camacho. "I think selecting a name and hearing people refer to me with that name was pretty solidifying in the transition process," Camacho, who is transgender, told POPSUGAR. "It made me feel like I was being seen as the man I was presenting myself as. When I finally got my legal documentation changed over to reflect my chosen name, it was a major deal. Yes, it's time-consuming and frustrating, but it's so worth it in the end. I no longer get strange looks when I present my ID card or license."

It's clear that choosing a new name to go with a more authentic identity is a very private and personal aspect of an individual's transition. That said, there have been several prominent and public examples of transgender people addressing how they wish to be referred to — both in pronouns and by formal names — especially in the last decade. As we already mentioned, Transparent introduces us to a transgender woman who renames herself Maura after coming out. Since Maura's dead name is Mort, her choice of name signifies a common way for an individual to self-identify after transition: to take their previous name and use a version of it that reflects their new identity.

Some transgender individuals, like Transparent producer Zackary Drucker, opt not to change their names at all. Drucker said in a 2015 interview with Dr. Drew, "[I come from] a family that always told me that I could be whomever I wanted to be, and to be proud of who I was, which is one of the reasons why I chose not to change my name." Still other individuals, like actor Colin Mochrie's daughter, Kinley, pick a new name entirely. Then there's perhaps the most high-profile transition the public has ever seen: Caitlyn Jenner's. Caitlyn came out on the cover of Vanity Fair in May 2015 and left her old identity behind. She even went so far as to explain the significance behind her choice, which is something she absolutely does not owe the public. With so many striking examples of individuals electing to go by new and powerful names, it's not difficult to understand how it's so intrinsic to their transgender identity. For Camacho, it's an important marker of honor. "For the people I've grown up with or with family members, it feels like they respect who I am when they use my preferred name," he said. "I understand that it may take some time for them to get used to it, but — to me — it's a sign of respect." On the other side of the coin, it should be easy to see how dead-naming can be harmful and even hostile.

Camacho agrees. "In my experience, dead-naming can show a lack of respect for that person's identity," he explained. "For those who have just begun their transition, especially, it can also cause pretty bad dysphoria and self-doubt and anxiety and a whole list of emotions that no one should have to deal with."

"Dead-naming can show a lack of respect for that person's identity."

Jenner's very publicized transition means she is also often dead-named, especially since she was a celebrity prior to her coming out. The common belief is that dead-naming is OK, as long as we're talking about the person in a time before their transition. The reality is, as Sam Riedel states in a crucial HuffPost article about the practice, using a transgender person's dead name at any point is an act of violence. In fact, "hearing or seeing one's old name can induce a visceral sense of terror" and, to echo Camacho's sentiment, "can be a source of profound, dysphoria-inducing anxiety."

Refusing to call someone by their new name is just the same as refusing to acknowledge their new gender identity, and it's often employed as a transphobic way to demean and deny a transgender person's true expression of self. In 2015, radio host Glenn Beck said in a rant that he would not call Caitlyn Jenner by her new name and would not call her a woman. Instead, he repeatedly used her dead name and only referred to her with masculine pronouns. It's easy to see how the two go hand in hand. The embrace of one facet of a person's identity would, logically, beget the embrace of another.

Camacho revealed that dead-naming is not so cut and dried. Oftentimes, especially at the beginning of a person's transition, it can be accidental.

"During the first couple of years of my transition, it didn't really bother me too much, especially with my family. It took a while for my family to fully accept my transition, so I was understanding of the fact that it would take time for them to get used to referring to me by my preferred name. After all, they'd spent 20-something years calling me by my dead name. Now, since I've been transitioning for [more than four] years, I get a bit annoyed if they slip up, and then I remind them that my name is Caleb. It doesn't happen too often anymore, though."

But even when dead-naming isn't intended to be malicious, it is not harmless. As Camacho notes, you can only give those around you the benefit of the doubt for so long. Furthermore, it's important to acknowledge the effect it might have in more grave situations. For instance, consider how the police often fail to use correct names and pronouns when referring to transgender murder victims, impacting the data and understanding of the violence that community faces. And in smaller moments, consider how it might deny a person the simple right and respect to live as the person they truly are. In moments like this, using a proper name and gender identity means everything. 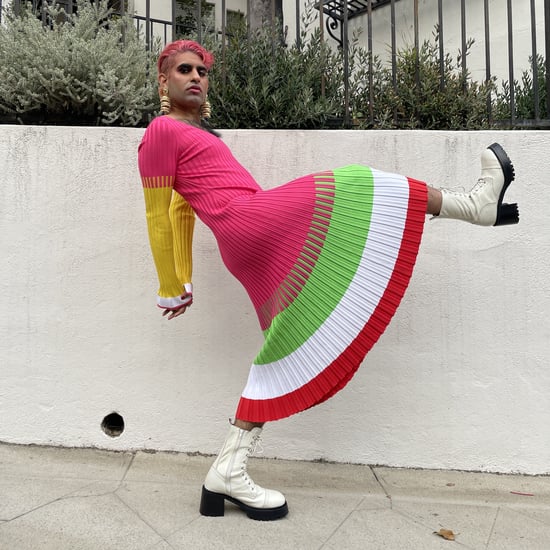 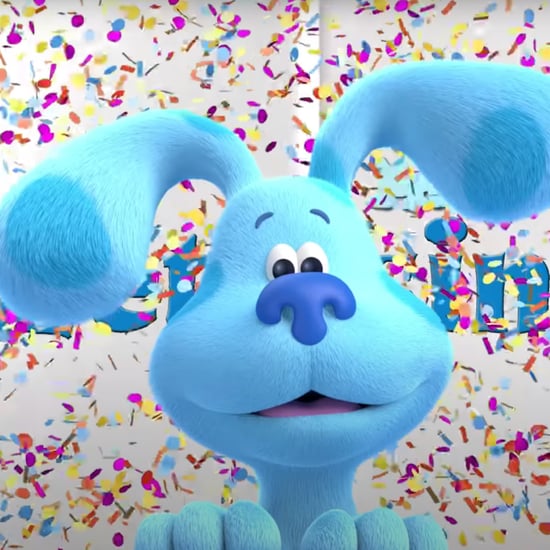