Jon Stewart, the guy Donald Trump "made sure everyone knew was Jewish on Twitter," made his return to late night TV on June 28. The former Daily Show host took over the The Late Show With Stephen Colbert to directly address Trump and his presidency. "I just want to say if there's one aspect to your presidency that we're finding most difficult, it's that no matter what you do, it always comes with that extra layer of gleeful cruelty and dickishness," he said, speaking directly into the camera.

The former host of The Daily Show touched on Trump's attack on the women who have accused him of sexual assault, NFL players who have taken a knee in protest, John McCain, and the current immigration situation in the US. Stewart ended his monologue with six powerful words that will surely resonate with a lot of people: "By not wielding, we will prevail." Watch the rest of his message in the video above.

Alexandria Ocasio-Cortez
"They've Got Money, but We've Got People": AOC Thanks Voters For Solidarity in Powerful Speech
by Chanel Vargas 1 week ago

Celebrity Instagrams
A Lesson in Class: Michelle Obama Asks Trump to Put His Ego Aside and Accept Election Results
by Karenna Meredith 1 week ago

Personal Essay
I Came to the US as an Unaccompanied Minor, and I'm Not Who You May Think I Am
by Alejandra Valdez-Rivas 2 weeks ago 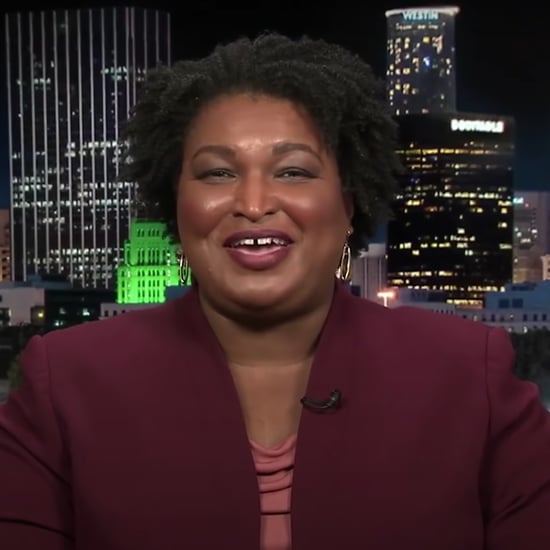