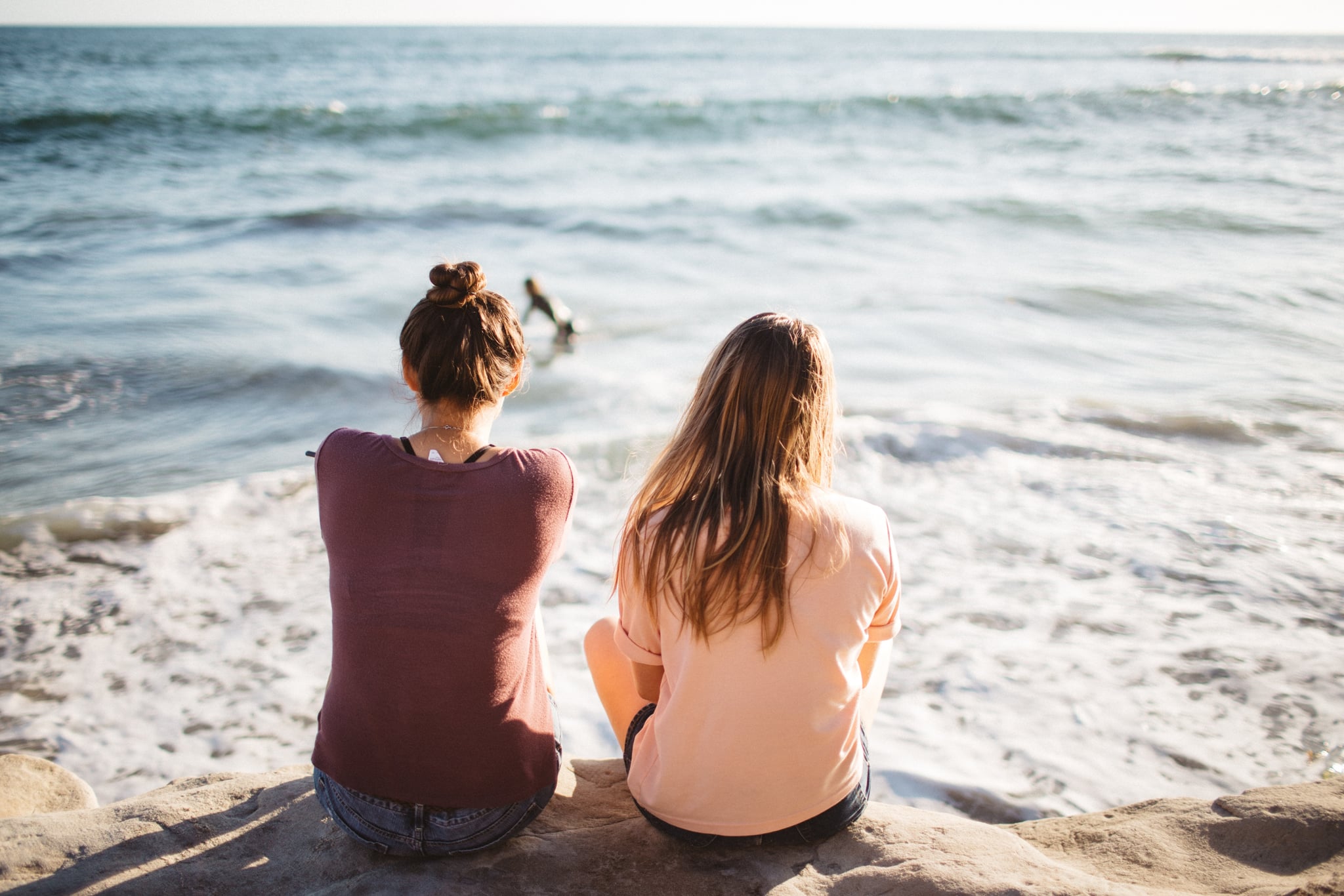 When it comes to cheating, it's never good for the two partners or for the friends and family who might be involved. Plus, if you happen to learn of a friend's partner's affair, while he or she is still in the dark, it can make matters even more complicated. Do you tell? Do you keep it a secret? It must feel awkward to see them kiss in public or to go on double dates just thinking about what the cheater could be doing the other days of the week. Here's what to do if you find out a friend's significant other is unfaithful, thanks to relationship experts.

First off, let's define what cheating is. There's emotional and physical, and they can influence when to tell or not.

"Emotional cheating and physical cheating can both seriously harm a relationship because both types of cheaters pursue things reserved exclusively for a partner (sexual and emotional intimacy) from others," David Bennett, counselor and relationship expert with Double Trust Dating, told POPSUGAR. "Since both can harm a relationship equally (and they both often overlap anyway), if you're going to tell your friend she's being cheated on, you should consider that both types of cheating are worth bringing up," he says.

ADVERTISEMENT
Related:
Real Women on Why They've Cheated Despite Being Happy in Relationships

What If You're Friends With Both?

Yikes — if you're friends with both, it's hard to choose sides. "I believe in being as honest, assertive, and neutral as possible. So, if you are equally friends with both people, I would prefer talking to the person you suspect is cheating," he said.

Let them know you think they might be cheating and it has been bothering you, and then see what they have to say. "It may be that you only know part of the story," he said. If they confirm it's true, you may even be able to convince them to talk to their partner themselves about their cheating, and the couple can begin healing or separating in the most amicable way possible without your intervention being known.

This is in contrast to a "gotcha" moment where you reveal everything to the friend being cheated on, which could lead to drama and could put you in the awkward position of possibly losing multiple friendships.

Related:
I Cheated on My Husband, and Here's What I Want You to Know

Yet, if you're closer to one friend than the other, it might be appropriate, and the relationship will survive. "If you have been friends for a long time and have a close relationship, there should be built-in trust," Kimberly Hershenson, LMSW said to POPSUGAR. "They may feel more comfortable hearing bad news since you have an established relationship," she said.

What If Your Friend Is Super Happy?

Here, maybe hold off. "The truth is that a lot of people go back to the person who cheated on them and forgive them. They end up placing blame not on the cheater, but on you, the friend who exposed it all," Bennett said.

While this isn't fair and doesn't make sense, love makes people behave strangely at times. It is very possible that if you tell your friend she is being cheated on, you might get blamed for starting trouble instead.

"I would be very cautious about getting involved in something as complicated as this," said Bennett. "The reality is that people often don't believe someone is cheating even when the evidence is clear because love gets in the way," he said, and this can leave you, the one bringing it up, to blame. "Also, many people may feel embarrassed that they are being cheated on and may be tempted to enter a state of strong denial rather than believe you," he said.

So, do what feels right, but your best chance is to speak to the cheater separately first rather than telling the friend who is being cheated on. Also, don't speak poorly of the cheater if you do tell your friend or if they break up initially. "Do not bad mouth the individual cheating just in case they work through their issues and stay together," Hershensen said.

Thanksgiving
How Many People Can You Safely Have Over For Thanksgiving? Doctors Weigh In
by Sydni Ellis 1 week ago

Holiday
5 Tips to Stay Safe While Traveling During the Holidays, According to Experts
by Hayden Ginder 1 week ago

Thanksgiving
11 Tips For Celebrating Thanksgiving Solo, From Someone Who's Done It
by Elizabeth Enochs 2 weeks ago

Politics
The 2020 Election Changed Some of My Closest Relationships, and I'm OK With That
by Lauren Harano 2 weeks ago

Politics
Politics and Relationships: How to Navigate Different Opinions
by Lacey Johnson 2 weeks ago