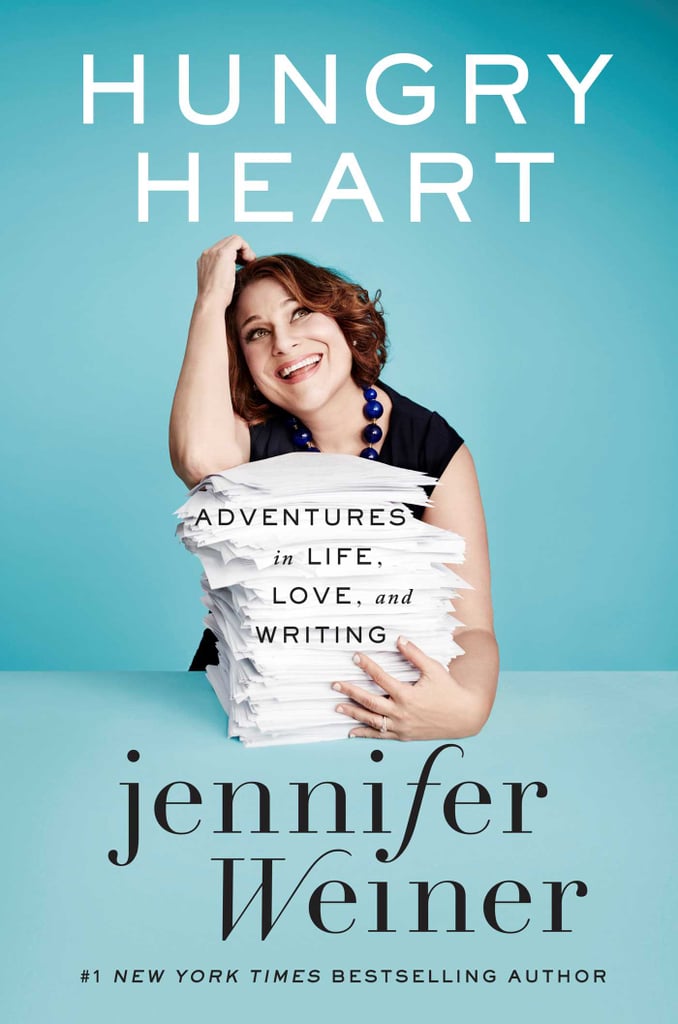 POPSUGAR: Tell us about your newest book, Hungry Heart (out Oct. 11), in 25 words or less.

PS: When this collection of essays was first announced, it was called It's All Material. Why did the title change? And are you happy with the new one?

JW: My original title for the book was I'm Not Proud, which I still love. My agent and publisher, alas, thought it made it sound like I wasn't proud of my work. Which I am! But I had to defer to their expertise. So then we had My Nanny the Anarchist (And Other True Stories of Writing and Motherhood), but we thought it would appeal too narrowly to mothers, not women without kids or women whose kids are grown, and out the window that went. Ditto Never Breast-Feed in a Sweater Dress and Other Life Lessons I've Learned the Hard Way, although we did keep that one as a chapter title. It's All Material is something my mother has said to me for years, when I'd complain about heartache or whatever she or my dad had done to embarrass me. I liked it, but I felt it was too close to Nora Ephron's Everything Is Copy, and my very smart publicist thought it sounded too much like a comedian's book. We had another dozen or so rejects, trying to find the sweet spot — Underneath It All, Stories of My Life, and Sad but True. It couldn't be too mom-centric, it couldn't be too depressing, it had to appeal to all women but not turn off men. The day I thought of Hungry Heart, and it got my whole crew's approval, I almost fell to my knees and wept tears of joy. This title thing isn't easy!

PS: Describe yourself using only a description of your favorite pair of shoes. 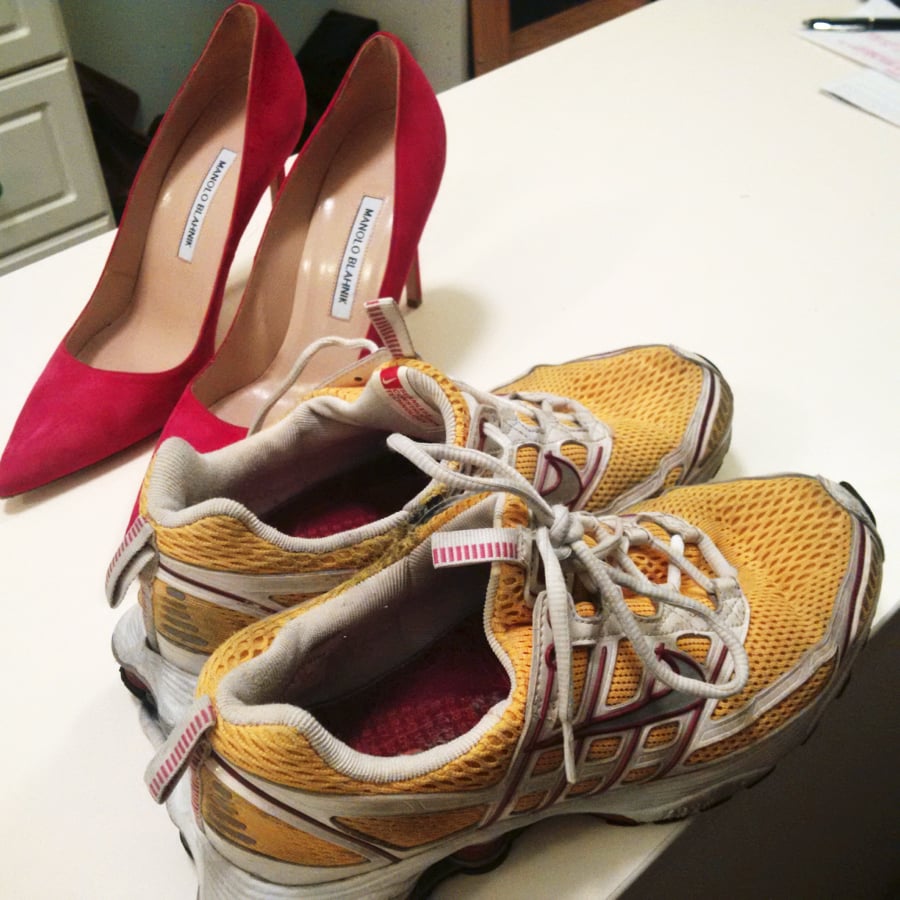 PS: If you could have any superpower in the world, what would it be and why?

JW: It's not a superpower, but I'd love to spend a day being supermodel beautiful. My sense is that beautiful women are living in a different world than I am, and that it's a world with benefits but also drawbacks — like, you're on a ticking clock, because the day you stop being supermodel-beautiful is the day that everything the world has to offer you is no longer being offered. My lazy, unfair assumption is that everything's easier when you're young and stunning. And maybe it is! But I'd like to see for myself.

PS: What question do you most hate being asked (and which one do you love)?

"I also love it when people ask if Jennifer Weiner is a pen name. Um, if I wanted a pen name I could have done a LOT better than this!"

JW:I was at a book party recently and this guy walked up to me and asked, "Do you still hate Jonathan Franzen?" I was so taken aback, I started stammering that I don't hate Franzen, I've never met him, and while I thought he was a jerk to trash my books without having read them just on the basis of his friends not reading them, my problem isn't Franzen, per se, it's systemic gender bias and the way The New York Times covers men's books versus women's books, and Vida charts, and "there's nothing called dick lit," and . . . ugh. I just spewed, because I was so shocked and taken aback, and because usually there are at least a few warmup questions before people go there!

PS: Who's your celebrity crush? 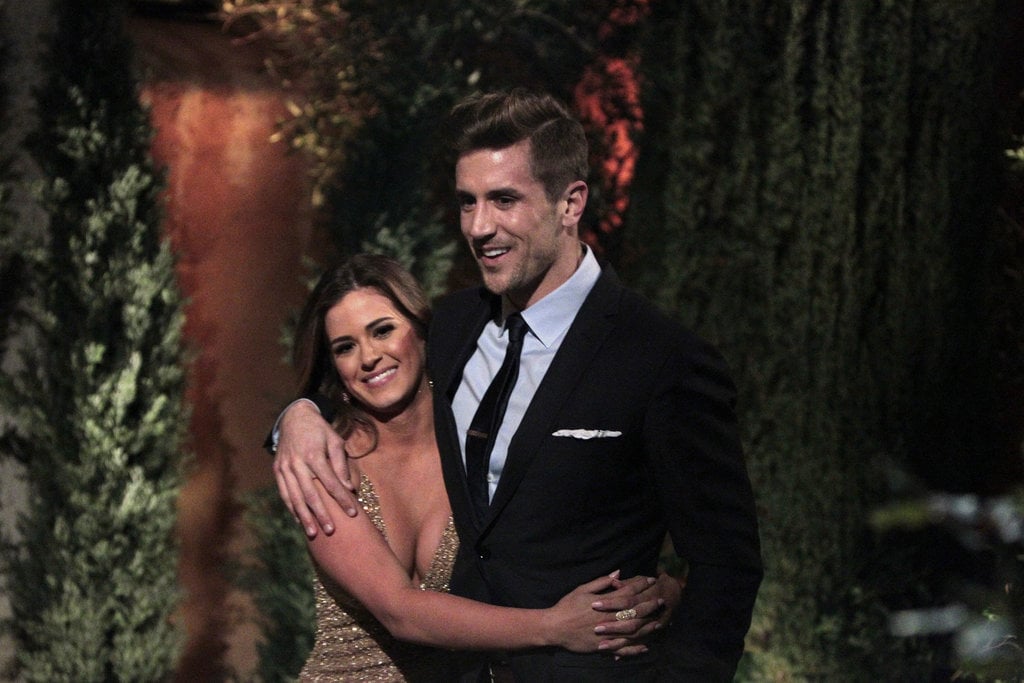 JW: I feel like every "win" regarding this show has to be in quotes. Like, the "winner" will likely be Jordan, insofar as he's the one who will emerge with an expanded public profile and probably a notch with JoJo's name on his bedpost. I'm going to go dark-house and vote for sweet, dopey James Taylor for the next Bachelor. Luke is hot, hot, hot and very intense, but I'm not sure he's a talker, you know? The show needs someone who can command the camera's attention and the audience's interest and can pitch woo to a dozen women and make them all believe it. JT is a performer. Luke, not so much. And I'm going to agree that Chad and Alex will continue their man-spat in some un-air-conditioned resort in Mexico. Bless.

PS: You just got married AND you just had your daughter bat mitzvahed. Which one was more stressful to plan? Which one were you more nervous about?

JW: Great question. Our wedding had 50 people, was planned in six weeks, took place at the house, and involved precisely one event — our marriage. Lucy's bat mitzvah was a year in the making, had 130 people, and a weekend's worth of events, from Friday-night services and dinner with the out-of-towners to a postparty Sunday brunch. It was much more involved and expensive and nerve-wracking. We, of course, got the "why do I have to do this? I don't even believe in God!" meltdown two weeks before the big day, plus a kid who genuinely hates to be the center of attention and did not want a party. The good news is that my ex and I were completely on the same page about what we wanted the day to be and what we hoped it would mean for Lucy . . . and she came through beautifully and I think even ended up enjoying her party — or, if not her party, maybe just the spectacle of her mother driving to Party City the day before and spending $400 on blue and green gumballs, lollipops, chocolate drops, and licorice so she could have a green-and-blue candy buffet.

PS: You wrote about planning a bat mitzvah in Certain Girls. Was the process the same as you'd described in your fiction? What was different? What was the same?

JW: I did a lot of research for Certain Girls, up to attending services and parties, so I knew, maybe better than most moms, what was involved. My surprise was how little Lucy cared. She genuinely did not want a fuss . . . or a dress . . . or a "day of beauty" with me where we'd both get our hair and nails done. We literally had to twist her arm to have a party — she was fine with leading the service but didn't want to be the center of attention at a party. We ended up "forcing" her to have a bowling party by explaining that part of growing up was learning to be a gracious hostess, to make people feel welcome, make sure they had what they needed, etc. It did end up being very meaningful, for Lucy and for Joy in Certain Girls, but I think what surprised me is how much more I cared than she did!

PS: You've supported so many wonderful authors in the start of their careers. Which authors helped you when you were first starting out? What books are you recommending for this Summer?

JW: I actually get into this in Hungry Heart. Short version: when I wrote Good in Bed, I had no connections in the publishing world. I lived in Philadelphia, less than 100 miles from Manhattan, but as far as publishing was concerned, I might as well have been on the moon. When we went out for blurbs, I didn't think we'd get any. I'd read Spy Magazine, and I thought it was all about log-rolling and who you knew. So imagine my absolute and utter delight when Susan Isaacs, one of my favorite writers of all time, gave me the most glowing quote. I spent a week just floating in a state of rapturous disbelief . . . and I ended up with a total of six blurbs, five of which were from writers I had no connection to at all. After that happened, after I saw authors' generosity in action, I promised myself that no matter what happened or how big I got, that I'd never be one of those authors who doesn't blurb. I was lucky to receive help at the beginning of my career and now I want to help other writers as much as I can . . . and I'm so glad that social media gives me a chance to do that, to celebrate books I love and help proselytize for books I love. "I hope that's what I've taught my girls — to be fair, to recognize their own position and their own good fortune, to use their voices to make things better."

PS: You are a fierce advocate for women and women's issues. What is the most important lesson you've taught your daughters?

JW: "If you see something, say something." I grew up with a feminist mom and the understanding that, as someone coming from a position of (relative) privilege, it was my job to speak up when things weren't fair. I hope that's what I've taught my girls — to be fair, to recognize their own position and their own good fortune, to use their voices to make things better. Beyond that, I'd tell them just to be kind. And that there's nothing wrong with keeping your mouth shut if you don't have anything nice to say. 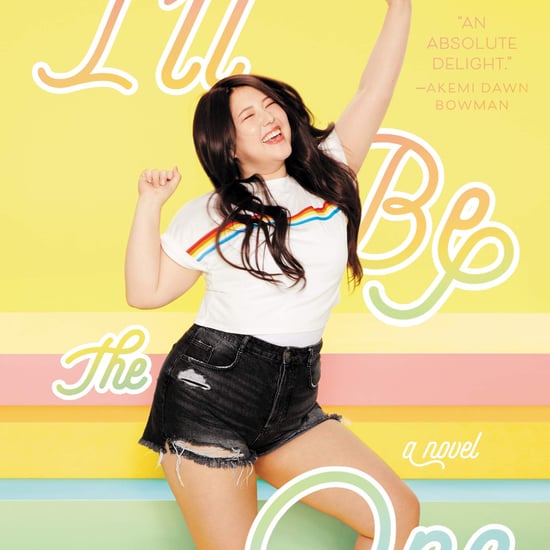 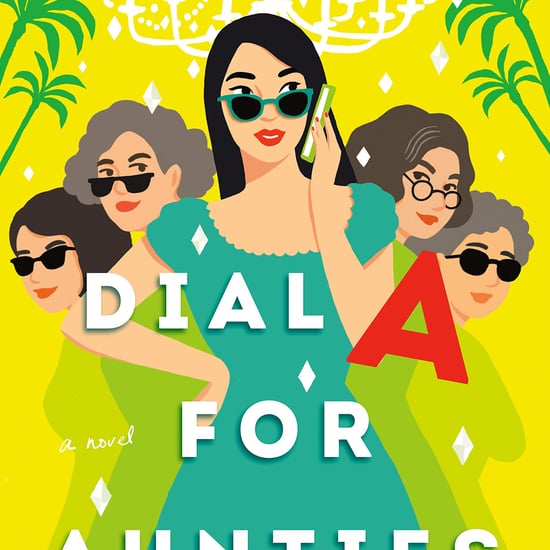 Netflix
Things Heard & Seen: Netflix's Twisty New Thriller Is Based on a Book — Read the Spoilers
by Hailey Swint 5 days ago