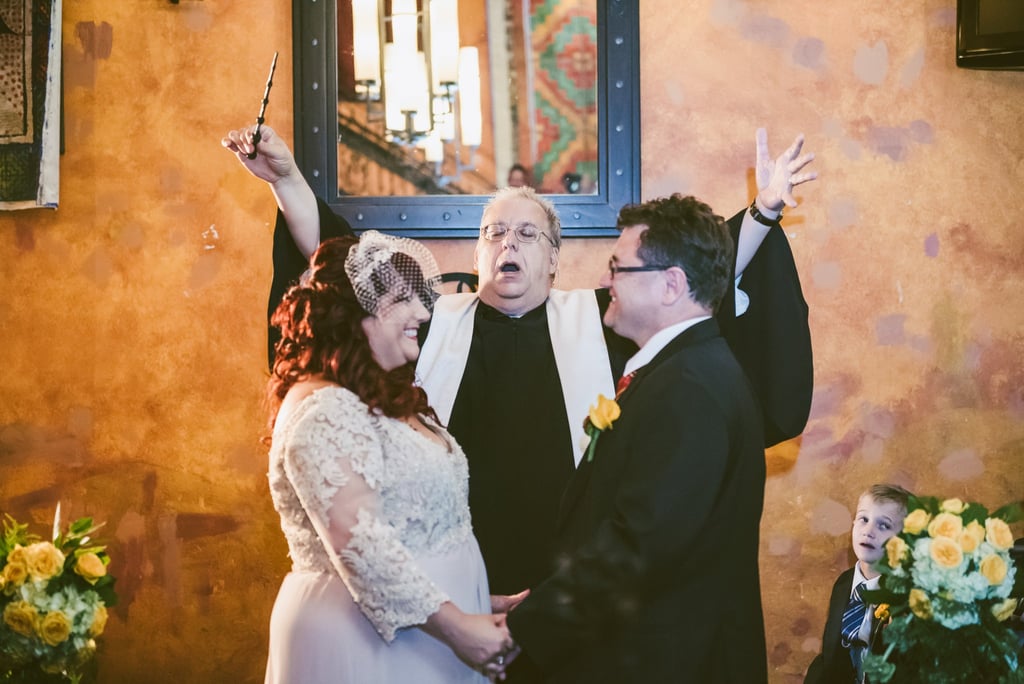 Witches and Wizards, You'll Wish You Could Apparate to This Harry Potter Wedding!

Two years ago, Veronica and John met after a mutual friend started a Facebook singles group and connected the two online.

"Their first date was at The Shannon Rose in Woodbridge," the photographer said. "And the couple knew after that date that there was definitely something special about to bloom. They were engaged at that same location just one year later, in the same booth where they first had dinner. The restaurant had become their "Cheers" where they often dined and celebrated, so having a wedding there seemed appropriate."

Veronica and John's wedding was Harry Potter-themed — "crazy and creative," according to the photographer.

"Both [are] huge Harry Potter fans, [so] they knew they wanted to do something different and unique," the photographer said.

NO detail was forgotten at the couple's lavish affair.

"From a Honeydukes candy cart to a dining room with floating candles like the Great Hall to being pronounced husband and wife by a minister holding an Elder Wand, their day was simply magical," the photographer said. See the magnificent photos ahead!

Harry Potter
I Don't Give a Slythersh*t, I Want All of These Profane Harry Potter Wine Glass Stickers
by Lexi Inks 18 hours ago

Wedding Decor
According to Pinterest, These Are the Top Wedding Trends of 2020
by Haley Lyndes 2 days ago

Target
This Couple Had Their Engagement Shoot at Target, and the Photos Are So Relatable
by Haley Lyndes 1 day ago

by Monica Sisavat 3 minutes ago

by Sarah Wasilak 2 hours ago