This article, originally featured on Social Media Week, discusses why some '80s and '90s babies didn't identify with how millennials were labeled as a generation. 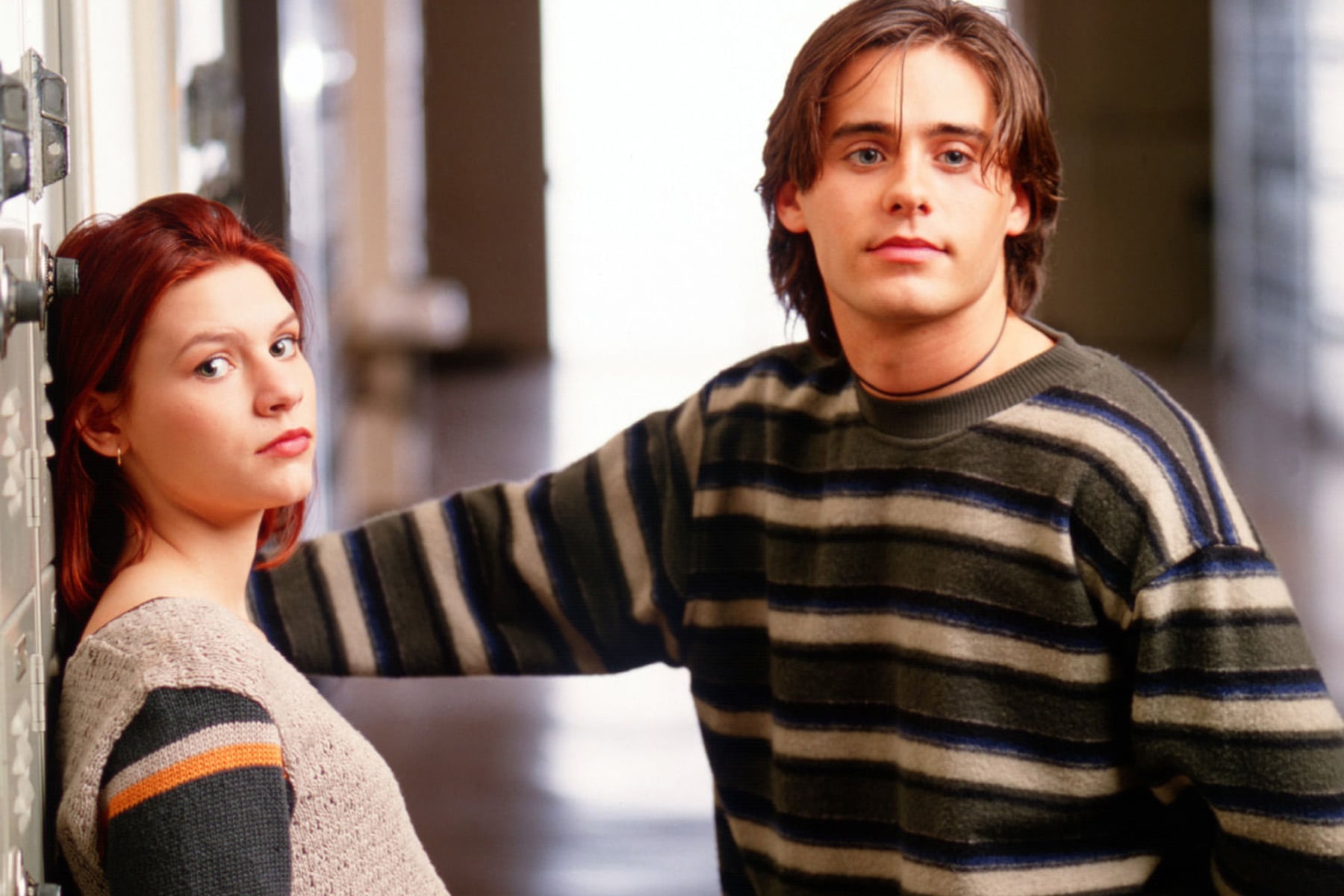 Think back to a time when "being cool" was the most important thing in the world.

What you wore to school was far more important than what you learned in school.

Nothing could make you want to literally die more than embarrassing yourself in front of your crush.

You wrote your favorite bands' names on your Converse shoes and JanSport backpack in Wite-Out so that everyone would know that you were hip.

For most of us, that oh-so-vulnerable time was right around age 12, when the first sweet pangs of teenage angst were starting to strike and our fledgling little personhoods were beginning to form into something that's probably not too different from what they are today.

Sure, you look back on the things you did and said and wore back then and cringe a little, but you also probably remember that awkward period of life in crystal-clear HD. That's because it was then that you started to aspire to grown-up things like kissing and concerts and cigarettes.

It was then that you made the perilous border crossing between childhood and adulthood, the one that leaves an indelible print on your memory and your identity forever.

No matter how old you are as you read this today, that 12-year-old, little sapling version of yourself still exists and shapes who you are.

And for the Oregon Trail Generation, who some say are merely the first wave of Millennials, it's this preteen inner self that so vehemently rejects the Millennial generational label.

Those of us born in the late '70s and early '80s were preteens and early teens in the early to mid-'90s, a period that is unmistakably characterized by the trappings of our generational predecessors, Generation X.

Having realized that they couldn't or didn't want to achieve the cookie-cutter suburban success story that was promised in their youth, Gen X'ers embraced the outsider mentality and ushered in the idea that it was cool to be uncool.

That life experience certainly wasn't ours, but the culture that surrounded it was.

As all impatient preteens have done since the dawn of time, we adopted the popular culture of the group right ahead of us, so we became miniature Gen X posers. Now, we're wise enough to grudgingly accept the fact that we were just the lame little siblings hanging out on the sidelines of the Gen X party, but we've never quite shaken the influence it had over us as impressionable adolescents.

The Golden Age of Grunge

According to the grunge aesthetic, the less it looked like you tried, the cooler you were. The uniform was baggy jeans, worn-out t-shirts, plaid flannel, and Doc Martens.

At the time, I had no idea how lucky I was to hit puberty in the golden age of grunge. By the time most Millennials reached the bridge to the teen years, the baby sex kitten look was all the rage (thanks, Britney and Christina), but we Oregon Trail Generation girls got to hide our insecurities in Pearl Jam t-shirts and fraying corduroys.

When it came to movies, we were watching stuff like Reality Bites, Dazed and Confused, and Empire Records before we remotely understood the struggles of early adulthood. But we were at just the right age to understand the characters' drop-out attitudes, unrequited loves, and endless search for identity.

Even shows that were aimed at us tapped into this outsider attitude. Though tragically short-lived in its original run, My So-Called Life later became a cult classic among people my age. It premiered in 1994 and centered on Angela Chase, a not-so-cool high school sophomore whose inner monologue was chock full of painfully realistic insecurity.

Unlike the A-list characters who came to dominate teen shows in later years, Angela dressed in grungy layers, liked the illiterate boy in the band, dyed her hair bright colors, and ran with a crew that consisted of a semicloseted gay guy and a quasi-alcoholic hippie chick. She and her friends were too young to be a part of Generation X, but they were obviously not so far removed from it that they were a part of something new either.

There was a similar feel to shows that followed us to high school and college: Freaks and Geeks, Undeclared, Dawson's Creek, and Felicity all spotlighted the smart, quirky kids that were not just recycled versions of Johnny Football and Patty Prom Queen. Time and again, we saw the uncool as cool — the rich, beautiful and popular was not to be sought after because it was tired, cliché, and conformist. We loved those stories because they hit us right in the alternative, Gen X feels.

These shows and movies that romanticized the outsider are a far cry from the ones that came soon after, targeted to Millennials: The OC, One Tree Hill, and Gossip Girl were just a few that demonstrated a predictable return to the familiar trope of cool kids as cool kids.

Too Cool For School

Teen culture experienced a serious renaissance in the late '90s, but it was a little too late to matter much to the Oregon Trail Generation, who still clung to cultural icons of the generation that had come before.

It seemed like all the corporate media bigwigs suddenly realized there was mad money to be made from a huge group of kids (soon to be known as Millennials) who were coming of age, so they threw a bunch of flashy, midriff-baring, bubble-gum flavored nonsense at them . . . and it totally worked.

Just look at the music — between 1997 and 1999, we saw the rise of the Backstreet Boys, *NSYNC, Britney Spears, Christina Aguilera, and The Spice Girls. All of these industry-engineered acts were, of course, aimed at teens, but who they really hit were preteens.

If you were actually a teenager by then, you undoubtedly believed yourself to be far too cool to consume stuff that was so obviously manufactured for you and so completely devoid of authenticity. Let's put it this way: a kid who had listened to Nirvana and Weezer in seventh grade was simply not jamming out to, "I Want It That Way" in 11th grade.

As high school students in 1998, my friends and I were much more likely to be listening to mix tapes full of Steve Miller Band, Phish, and Radiohead than anything that resembled Top 40 radio hits. Though we were merely little wannabes during its heyday, we still felt our roots to be firmly in the grunge era and dismissed anything that felt like a caricature of youth culture, as so much did during the late '90s.

One exception to this rule might be the brilliant 1995 movie Clueless. On the surface it portrays exactly the sort of overly manufactured teen trash we rejected. But we loved it because it was a whip smart send-up of that culture, revealing it as vapid and meaningless.

By the end of the movie, Cher has cast off her designer duds and the cheesy dude and is blissfully accepting her new place at the skateboarding competition alongside her grunge guy boyfriend and stoner bestie. Once again, the outsider status trumped the mainstream definition of cool, and the Oregon Trail Generation took note.

There is simply no definitive answer as to the cutoff year between Generation X and the Millennial generation — it ranges anywhere from 1976 to 1984 depending on who you ask. So it makes sense that anyone born into that "generational no man's land" has one foot in each generation.

But no matter where the experts say we belong, it's clear that a major part of our cultural identity will always be wrapped up in the Gen X landmarks that dotted the landscape of our formative years.

Anna Garvey is the director of content and social media for WebRev Marketing & Design, a Chicago digital marketing firm that serves small businesses in a wide variety of industries. She is a proud member of the Oregon Trail Generation, an Italophile, and a former urban educator who loves examining the intersection of culture, technology, and personal experience.