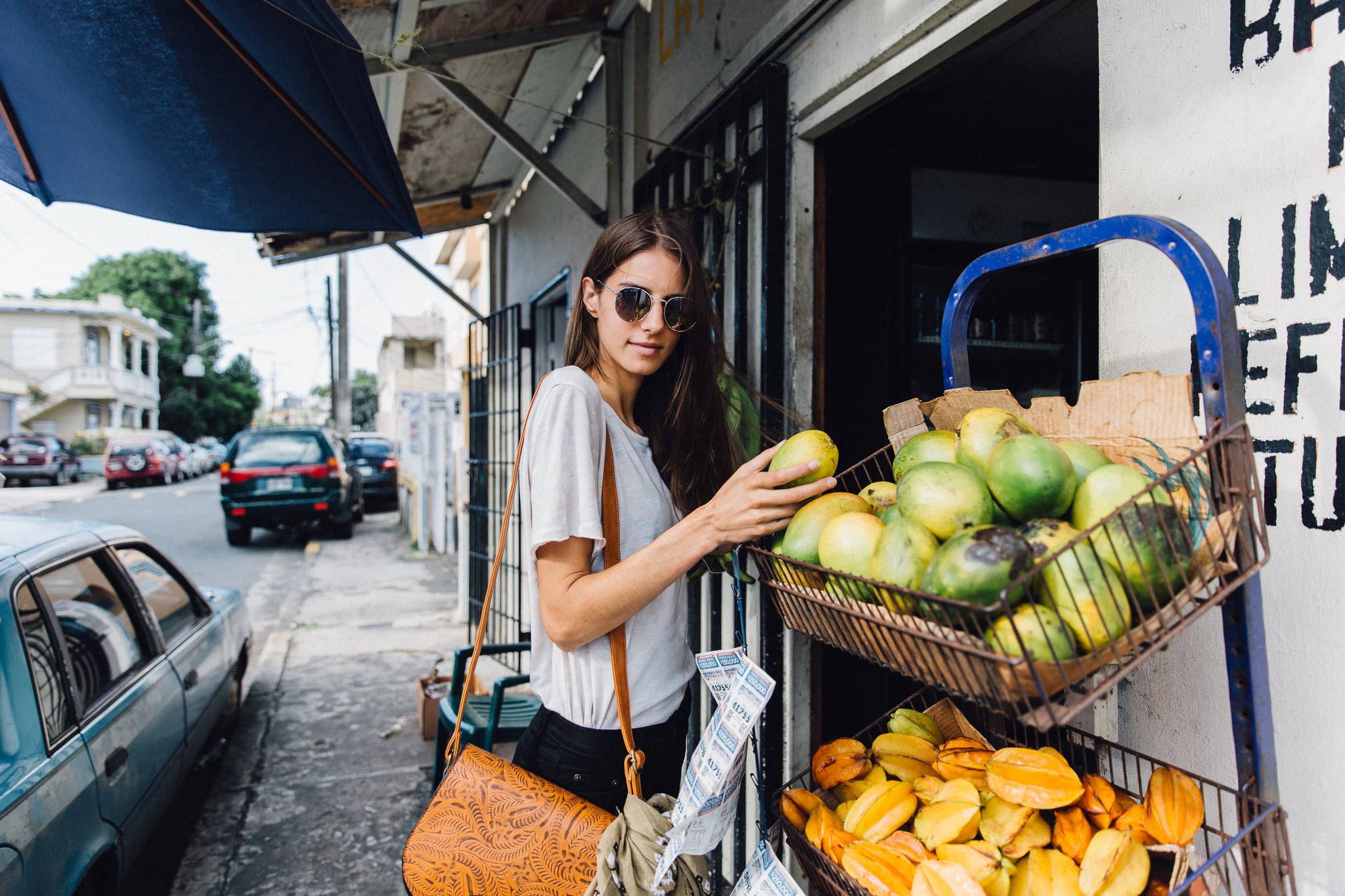 My modeling agent poked my hip bone with his index finger and said, "Take this down by two inches." He walked away as if he set off a bomb and didn't want to see the aftermath. I was 22 and moved to New York City from a small town in Maryland with the promise of a modeling contract. I had been in remission from lymphoma for two years and was determined not to let my cancer diagnosis derail my dreams of walking in Fashion Week. In my eagerness to leave my medical life behind for one of runways and high fashion, I started at the bottom of the food chain and found myself stuck in a contract with a small boutique agency whose management was verbally abusive. After my agent's harsh words about my hip measurement, I fought back the tears and called my Puerto Rican mom for support.

"What does he want you to do? Shave down the bone?" she said. "I don't even want to know what he'd say about my hips." I grew up as the lanky gringa of my family. My sister and I were born on the mainland. Because of that and my father's European heritage, people are often confused when I say I'm Puerto Rican. My own large family of aunts, uncles, godparents, and cousins often say things like, "You're not from the island." While I went sledding during blizzards in DC as a kid, my cousins were eating fresh mangos from the mango tree in their backyard in San Juan. But the summers I spent on the island growing up in the deserted cove behind our house, learning camp songs in Spanish, going on first dates in El Viejo San Juan, and the warmth of my family during the darkest times, have undoubtedly made me Puerto Rican. 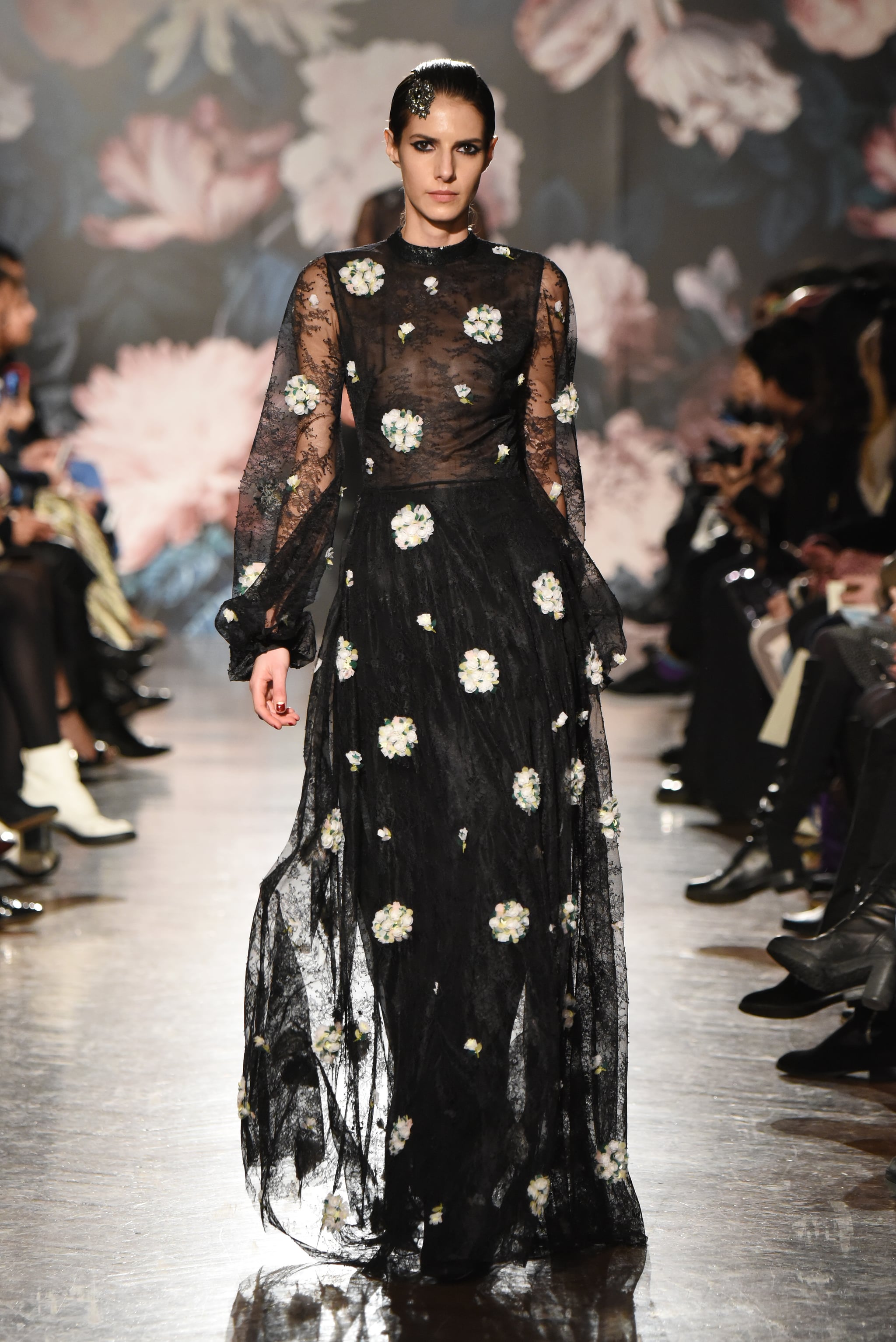 After my agent's harsh remarks to "work on my measurements," my mom scheduled an appointment with my oncologists to ground me back in reality. My once-athletic build had withered away during cancer treatment, and I was struggling to get it back.

A nutritionist pointed to a chart to illustrate just how underweight I was for my 5'9" stature. I felt defective, as if my body still wasn't working right even after two years in remission, and I was disappointing everyone in the process. The nutritionist's suggestions were clear: real butter instead of margarine, whole milk instead of 2 percent, add in extra calories wherever I can. Bottom line: take in more than I burn. I couldn't find the words to explain I didn't have control over my body. It felt as if my stomach had shrunk after a year of illness during which I barely ate. Now it was challenging to finish portions. I was jealous of girls who worked out and lost weight or upped their intake and gained it back. What a luxury, I thought, to know why your body does what it does. Mine had been running haywire for years, and I was used to having no say over how it felt or looked. The nutritionist helped me see that I needed to eat with purpose, and with time and patience, my body would adjust. 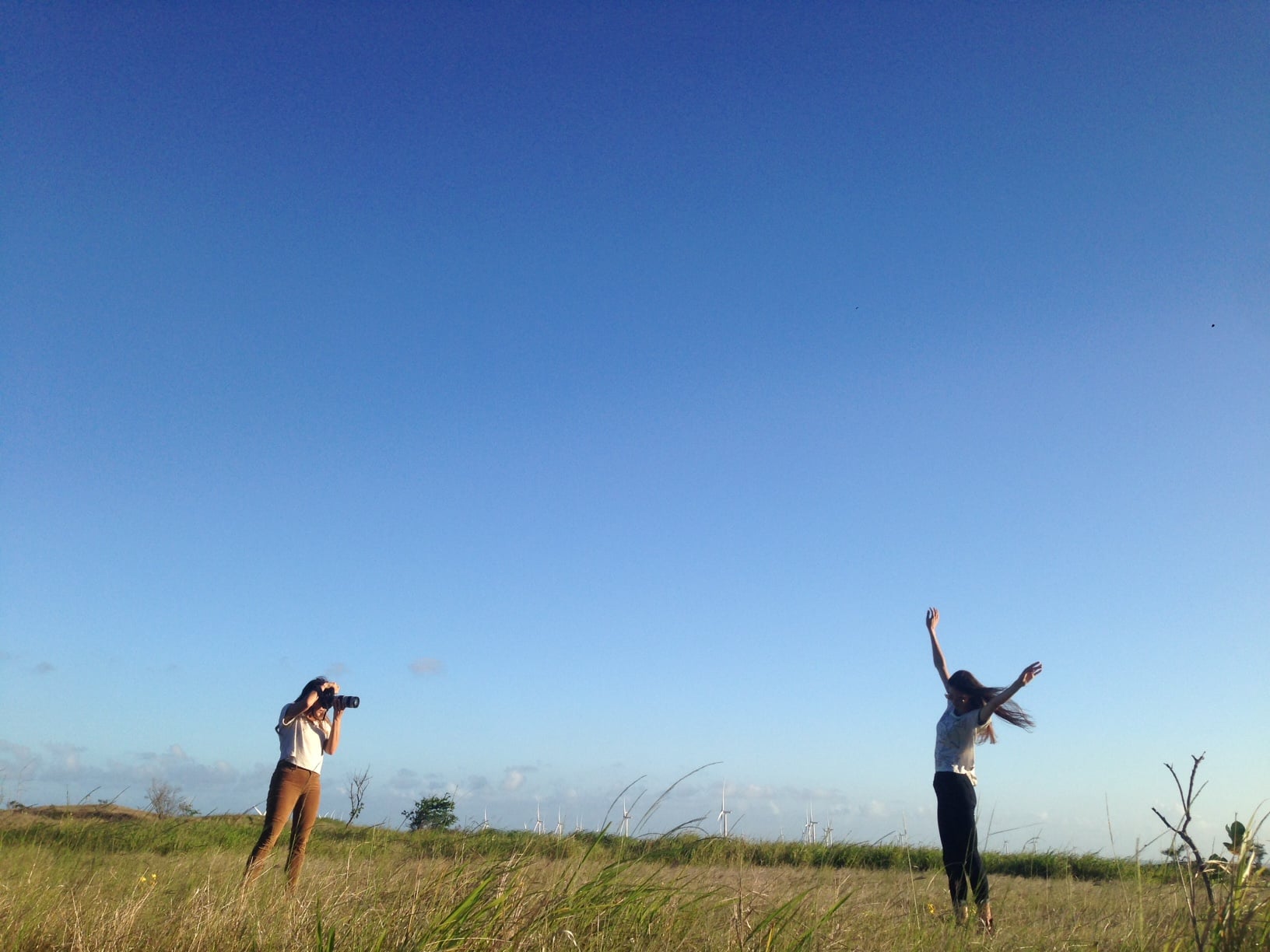 I implemented my new diet and went back to work with my agent's voice echoing in my head. The potential to create a new, independent life for myself far outweighed the cliched scrutiny that I knew was a part of the job when I signed up for it. At castings, I heard a director say, "Her hips are too wide," followed by his hands gesturing downward in a straight line as if to say, "This is what her hips should look like." After many similar comments, I learned to cheat my lower body slightly to one side in photos, making my hips appear less "curvy" and more like the younger models who hadn't yet grown into their full expression of womanhood and who booked all the work.

My Puerto Rican family diffused the tension and created an ongoing joke. "Do they think you have hips?" my cousin would ask.

I learned how to adjust to each crowd I was in. In front of my mom, I had to prove I was trying to eat more. Food is not only the center of our culture but it's also how we show love. A home-cooked meal is not complete without the pressure to finish every last bite on the plate. But to me it felt as if I had done something wrong and was now being monitored. I timidly wanted to remind my family that I was underweight because of chemo but felt guilty about bringing up the disease that had caused them suffering.

The size of my hips deemed me too large to fit a sample size, yet not filled out enough for my family to dub me Puerto Rican.

In my inability to speak up for myself in front of my doctors, agents, or loved ones, I became a silent observer of the critical role weight plays in our lives as Latin women. Body type determines how we are perceived, judged, and treated. The size of my hips deemed me too large to fit a sample size, yet not filled out enough for my family to consider me Puerto Rican. 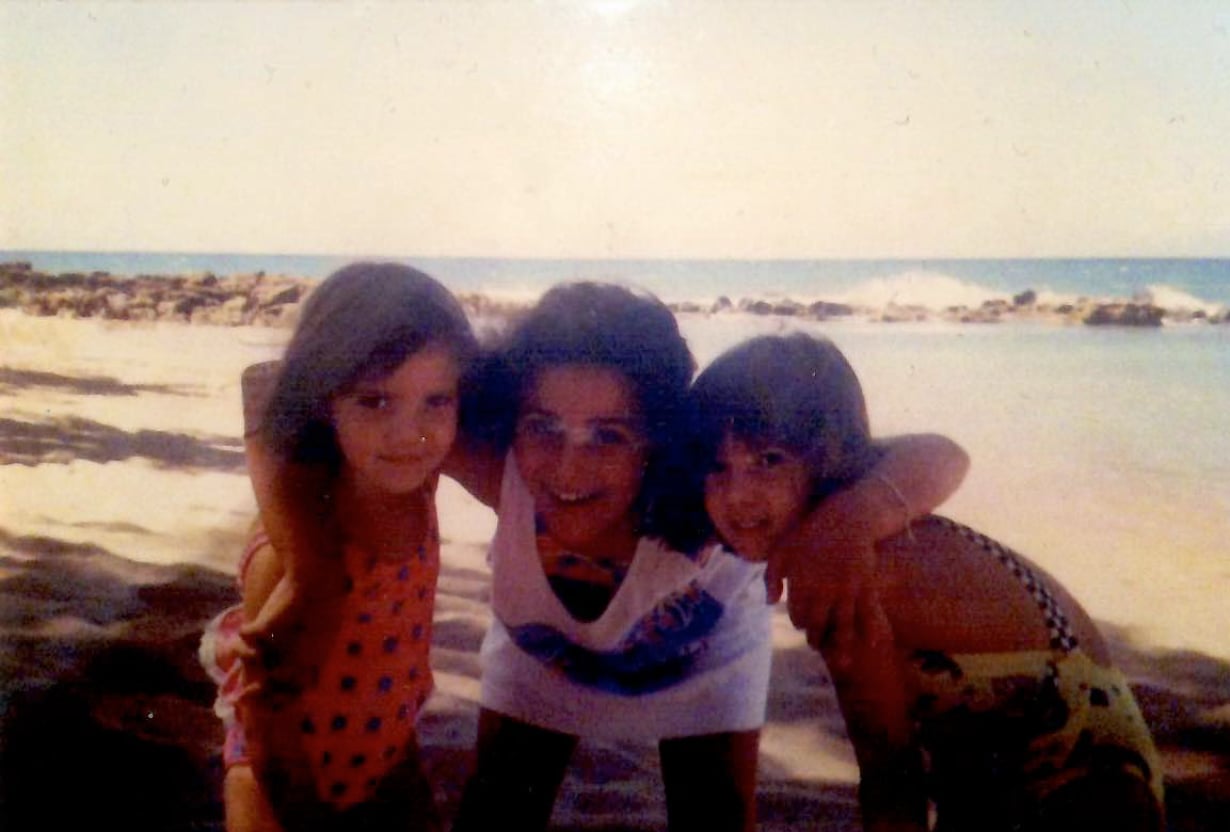 I noticed the way the women in my family talked about their bodies. I watched as they followed up eating to their heart's content with words of guilt, shame, or the go-to, "I'll need to hit the gym extra hard to work this off." I watched as these same intelligent, strong women were quick to correct each other while attacking themselves. "Stop it, you look amazing, I'm the one who needs to stop eating," was a common sentiment. These toxic jabs zipped around the table until they inevitably landed on me. Apparently, I wasn't actually wearing baggy jeans; they just looked baggy on me because I was too skinny, and a milieu of similarly pointed quips. I was spoken about as if I wasn't even in the room, let alone attached to this body they were offended by.

Finally fed up with the comments coming from every direction, months of built-up frustration boiled over. "Mom, do you not remember I had chemo?!" I snapped. She was shocked. After I cooled down, I said truthfully for the first time, "I love my body." 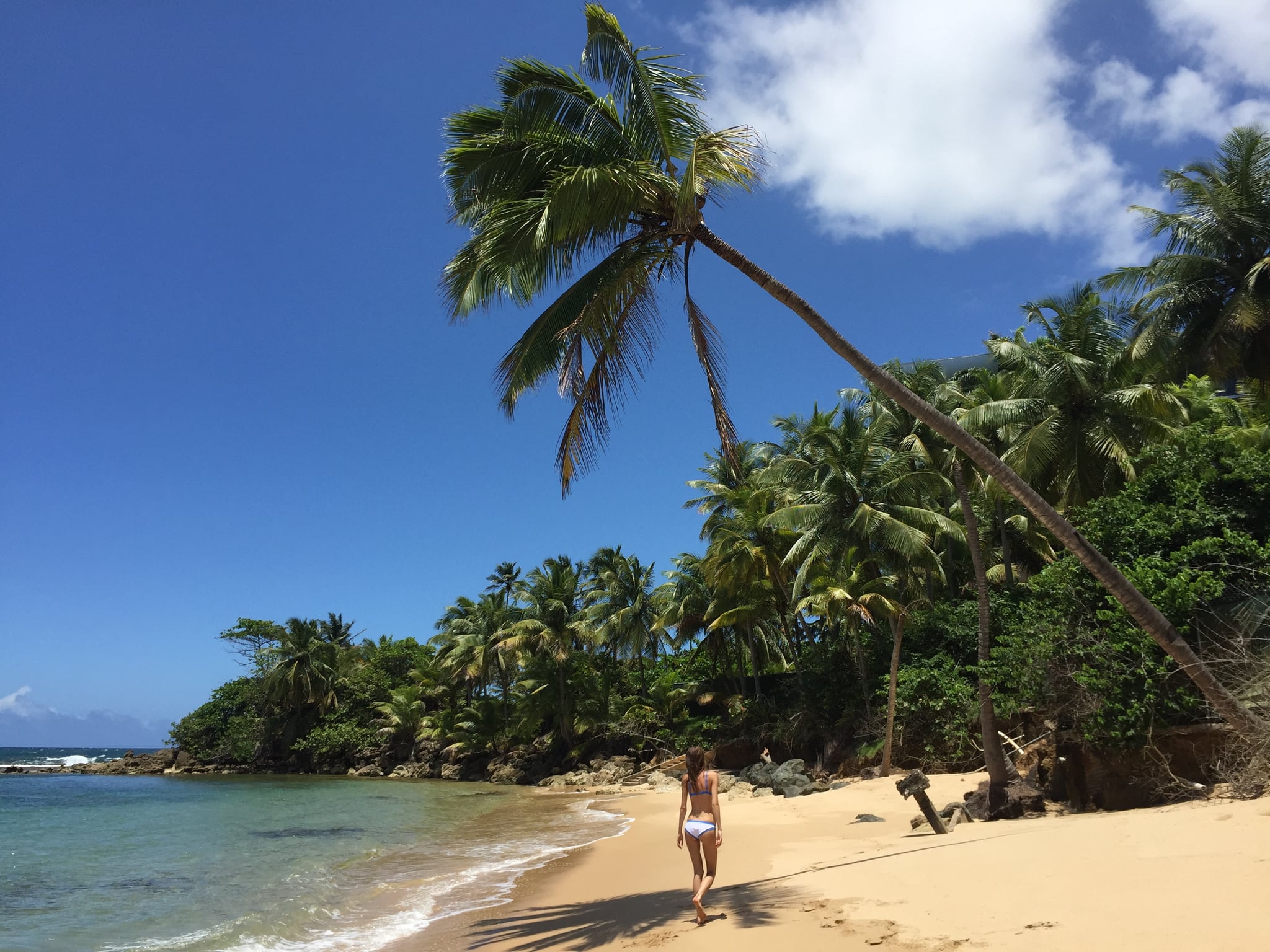 Words of affection toward myself sounded foreign to both of us. "How can you love your body when you still need to gain weight? When you're not healthy yet?" my mom asked, concerned this was code for "I'm done trying."

While I had cancer, I gave up control of my body and placed it in the hands of my oncologists. In remission, I realized I could take control back.

I doubled down. "I love my body exactly as it is," I said. I decided I could at once accept my body exactly as it was, and I wanted it to be healthier. I didn't have to choose one or the other. Self-attack didn't motivate me to build muscle and grow stronger. Instead, it kept me in a cycle of shame under the misinterpretation I had lost all power. While I had cancer, I gave up control of my body and placed it in the hands of my oncologists. In remission, I learned I could take control back.

I realized each negative opinion had more to do with the speaker's own conditioning than it did with me. Likely, my agent was receiving pressure to keep a small agency afloat by producing girls of a certain measurement all within a deeply flawed system. While he was perpetuating it, it wasn't his fault. This very system influenced my family to believe their curves are different from the norm seen in magazines, and therefore not beautiful. And for my mom, she desperately wanted me to be unshackled from the aftereffects of my cancer. My frailty was a reminder to her of all the pain we had been through together. My body was a walking reminder that it may not be over. Her greatest fear: what if cancer comes back? I told her whether I relapsed or not was out of my control but loving myself was fully in my power. 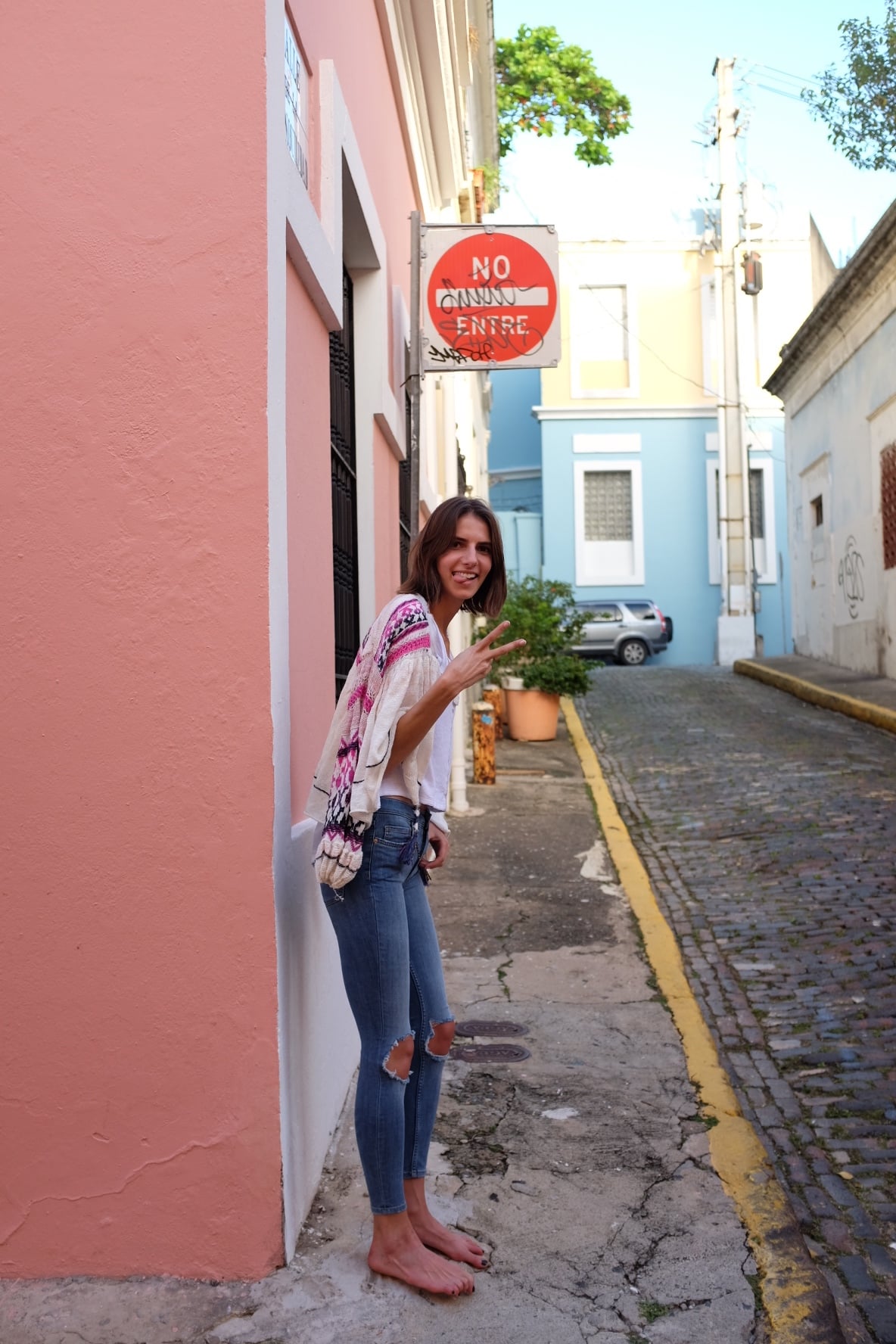 I now feel free from the burden of making everyone around me feel comfortable with how I look. My body had been with me through surgeries, intense narcotics, a cocktail of chemotherapy drugs, and moments of fear and joy, and it was left with an appropriate amount of scars. Acknowledging that my body has been through a lot let me cut it some slack and offer it the kindness and nourishment it deserved. I followed my doctor's orders toward gaining strength while setting boundaries with anyone who brought up my skinny-ness in a negative light. "We've been through a lot, my body and me. I love her," stunned any commenter into silence and empowered me to be one step closer toward health.