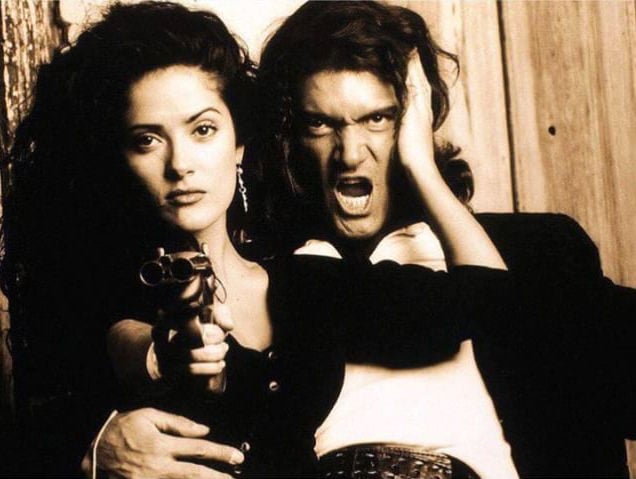 Antonio Banderas is commemorating the 20th anniversary of the premiere of his movie Desperado, directed by Robert Rodriguez, with a throwback picture. The Spanish actor took to Instagram to post a promotional photo from the movie with costar Salma Hayek, saying he can't believe how much time has passed. The pair look super badass as their revenge-seeking characters in the sequel for El Mariachi. It's hard to believe that the 1995 movie was one of Salma's first English roles in film and her first collaboration with Antonio — the pair has worked together in Frida, Spy Kids 3-D: Game Over, and, of course, the animated movie Puss in Boots. Keep scrolling to see another throwback picture of Antonio and Salma on the red carpet for the movie's premiere, then check out what Salma has to say about slowing down her career.

Tina Fey
Grool! Tina Fey's Mean Girls: The Musical Is Being Turned Into a Movie
by Chanel Vargas 1 day ago