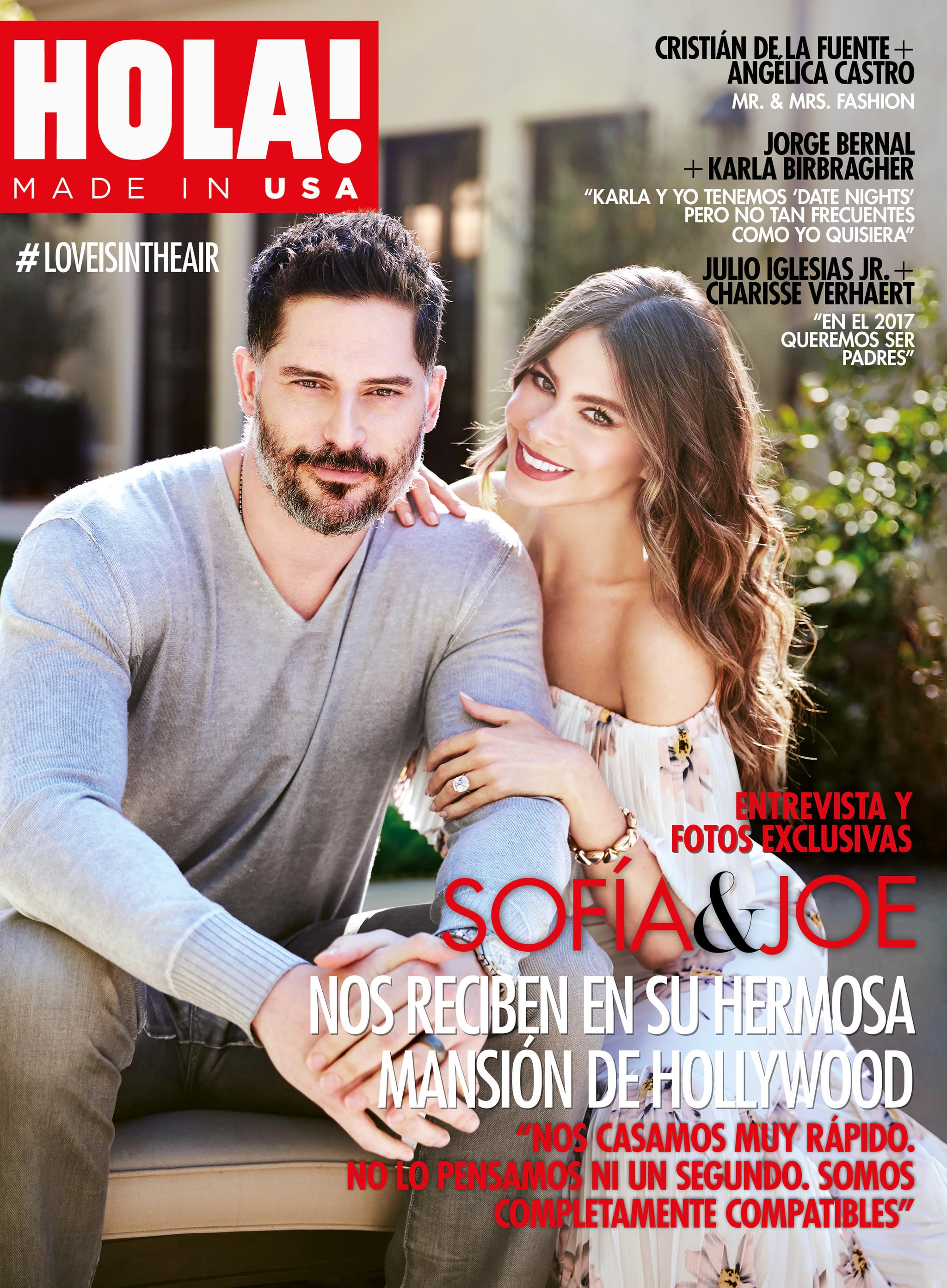 Avert your eyes if you can't handle too much hotness in one place, because Sofia Vergara and Joe Manganiello are sharing their first magazine cover. The couple, who married in a large ceremony in November 2015, opened their house for Hola! USA's March issue, sharing photos of the home they've built together and opening up about the moment they knew they were meant to be together.

Aside from talking about their quick courtship — they dated for less than a year before getting engaged — Sofia took the opportunity to address comments on her character on Modern Family being stereotypical. Her quotes come weeks after the Colombian actress came under fire on social media after she played along to a joke at the Golden Globes that made fun of her accent. At the People's Choice Awards, Sofia also used her acceptance speech for favorite comedic TV actress to speak about how her character has opened doors for other Latino actors, and that same week, she announced her role on a media company that'll create programming for Latinx audiences.

Scroll ahead for Sofia and Joe's quotes, then pick up the issue of Hola! USA to read more.

Adele
Adele and Rich Paul Are "Very Happy" in Love — See Their Cutest Moments!
by Monica Sisavat 4 days ago