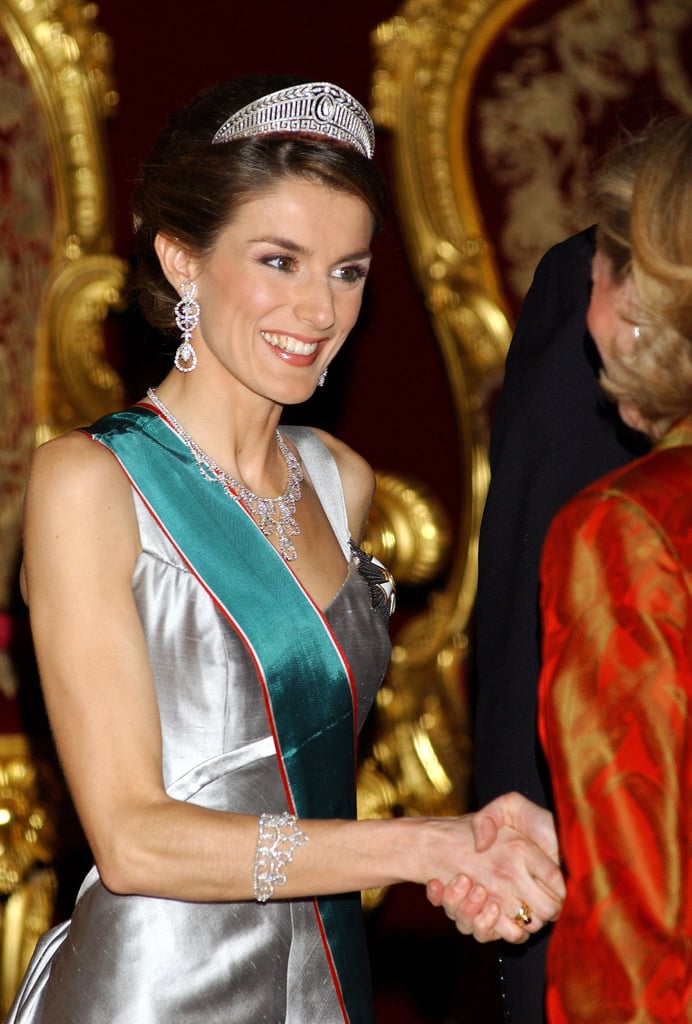 In 10 years, the woman who was christened Letizia Ortiz Rocasolano went from news anchor to queen of Spain, and just one of the ways in which her life has changed can be charted by the contents of her jewelry box.

As she inched into royal life on the arm of her boyfriend and then fiancé, Prince Felipe VI, she gradually flashed some of her new baubles, along with some subtle pieces borrowed from her mother-in-law, Queen Sofía. As soon as she became princess of Asturias on her wedding day, it was all about the tiaras, suites of vintage jewels, and lavish designer gifts. However, since her husband became king in June 2014, the newly minted Queen Letizia has moved forward with increasingly quirky and colorful pieces that include elements like brass mesh and semiprecious insects. Here we take a look at some of her most important, impressive, and interesting items.