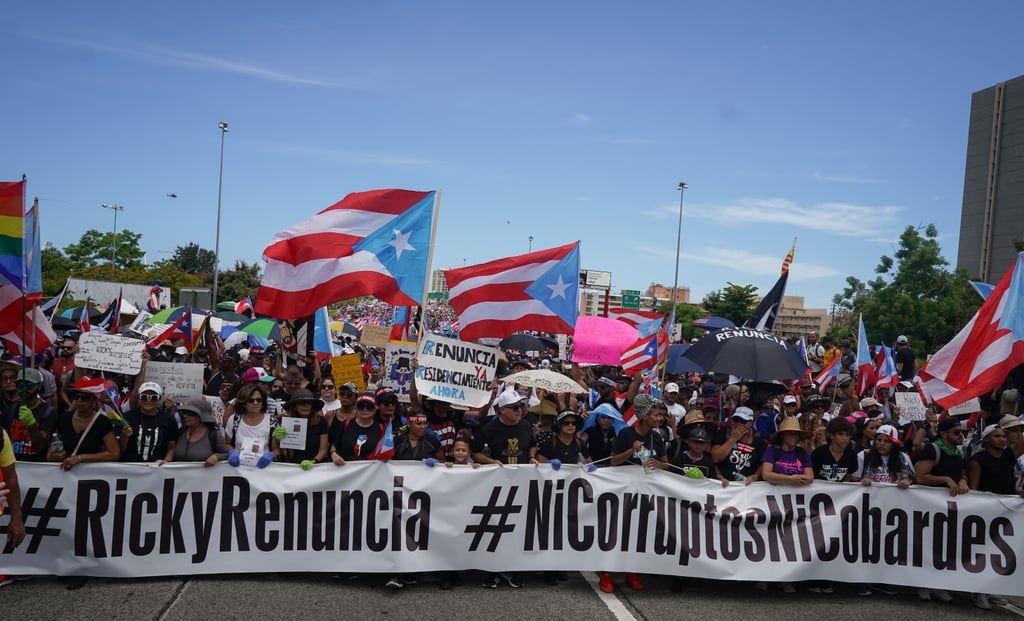 Puerto Rico's Governor Resigned, and These Images Prove the People Made It Possible

Puerto Rico did it! After more than a week of protests, they finally got Governor Ricardo Rosselló to resign. In a message broadcast through different local outlets and Univision, Rosselló said his last day will be Aug. 2, and Justice Secretary Wanda Vázquez will likely take his place as governor.

This comes after Rosselló had expressed he had no intentions of resigning, but on Sunday he admitted he was willing to renounce the reelection and the presidency of the Progressive Party, which he oversaw. However, this "compromise" was not enough for the people of Puerto Rico, who increased the pressure and threatened with impeachment and eventually led Rosselló to resign.

This was the culmination of a major scandal that was "la gota que derramó la copa" of a government that didn't care for its people. It all began two weeks ago, when Puerto Rico's Center For Investigative Journalism published 889 pages of a private chat between the governor and 11 of his top aides and cabinet members.

Officials who were in the chat and were still in the administration submitted their resignations as the messages included profanity-laced, misogynistic, and homophobic comments aimed at opposition politicians, journalists, and celebrities and cruel, mocking remarks about the deaths following Hurricane Maria, which devastated the island in September 2017, among other topics.

The leaks came the same week that two former officials from Rosselló's administration were arrested by the FBI as part of a federal corruption investigation. The governor's excuse over the chats was that they were private remarks made as a way to blow off some steam after long days of work, but this incident plus previous FBI arrests created an uproar, with the people taking the city of San Juan and camping in front of the governor's house demanding he resign.

This was a huge win for Puerto Rico in an unprecedented, historic event and proved that when the people unite, huge changes can actually happen. Scroll through to see this incredible manifestation that lasted for days but eventually fulfilled its purpose.