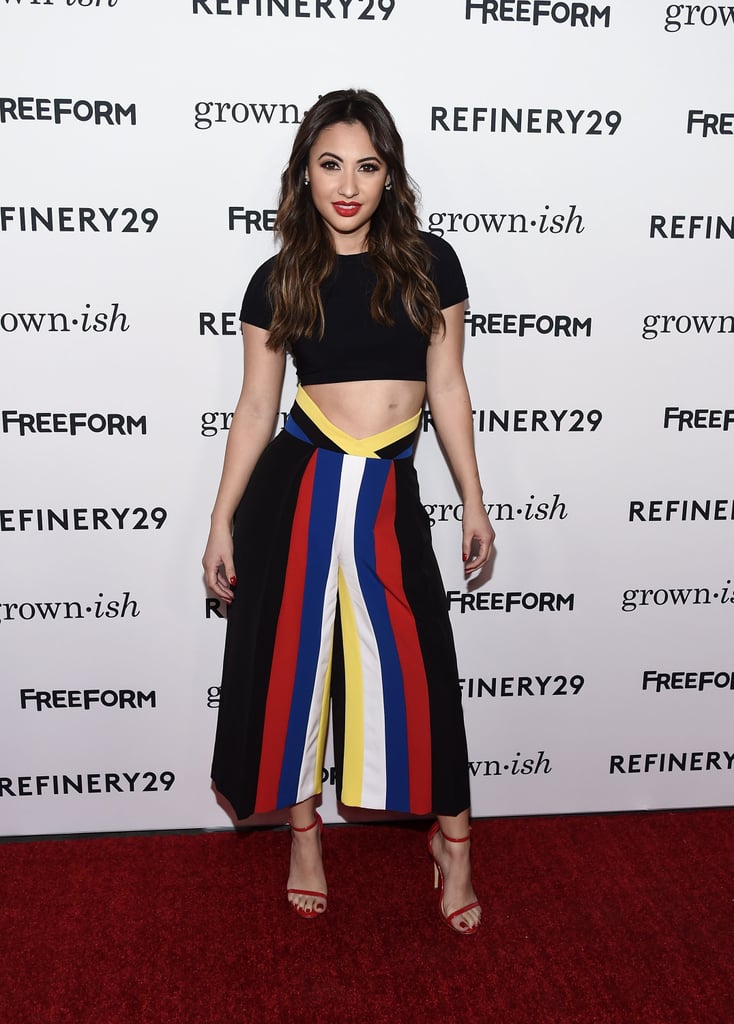 Francia Raisa made headlines when bestie Selena Gomez revealed the 29-year-old had, in a beautiful act of friendship, donated her kidney to the singer. The two kept pretty quiet about the whole thing until they did a joint interview with Today's Savannah Gunthrie, where Selena said Francia had saved her life. Fast forward a few months and the two are already back to work with Selena preparing a new album and Francia getting ready for the series premiere of Grown-ish.

She stepped out for a screening of the Black-ish spin-off wearing a crop top, which showed off her surgery scar. "We are doing great," she told Us Weekly. "I'm feeling really good and I'm really happy to be here."

On the show, Francia is playing college student Anna Maria Patricia Torres, a Cuban-American Republican from Miami who was raised in a very conservative Catholic household. The Freeform series is set to premiere on Jan. 3. In the meantime, check out Francia proudly showing off the scar that is a permanent reminder of how she saved her best friend's life.

Selena Gomez
I Wish I Could Reach Through My Phone Screen to Pet Selena Gomez's Dogs, Winnie and Daisy
by Sydni Ellis 1 day ago

Freeform
Confirmed: The Cruel Summer Cast Are Just as Cool in Real Life as You'd Expect
by Monica Sisavat 4 days ago