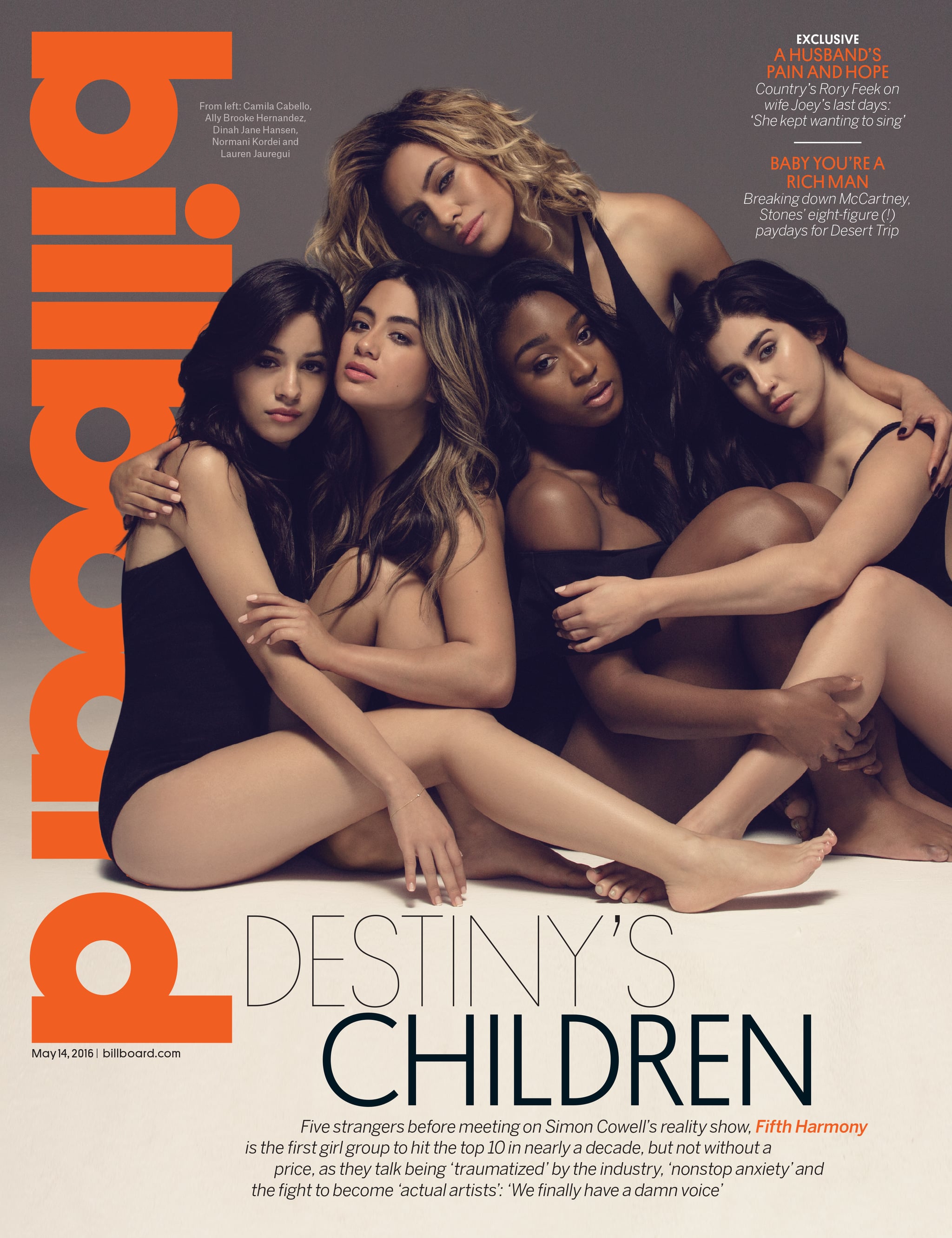 Wearing sleek, black leotards and sexy, voluminous waves, Fifth Harmony is the very definition of angelic on the cover of Billboard's May 14 issue.

The girl group — made up of Latinas Ally Brooke Hernandez, Lauren Jauregui, and Camila Cabello as well as Normani Kordei Hamilton and Dinah Jane Hansen — first made their debut on Simon Cowell's The X Factor, and now they're anxiously awaiting the release of their second full-length (and highly anticipated) album, 7/27, on May 27. But they reveal in their interview with the magazine, it hasn't been an easy road to the top. Read on for a sneak peek at what they had to say, and then rewatch their superhot "Work From Home" music video.

Celebrity Instagrams
The Weeknd and Ariana Grande Have Another Collab on the Way, and We Already Have Chills
by Monica Sisavat 1 day ago

The Weeknd
Chloe Bailey's "Earned It" Cover Was So Mesmerizing, The Weeknd Had to Bow Down
by Kelsie Gibson 1 day ago