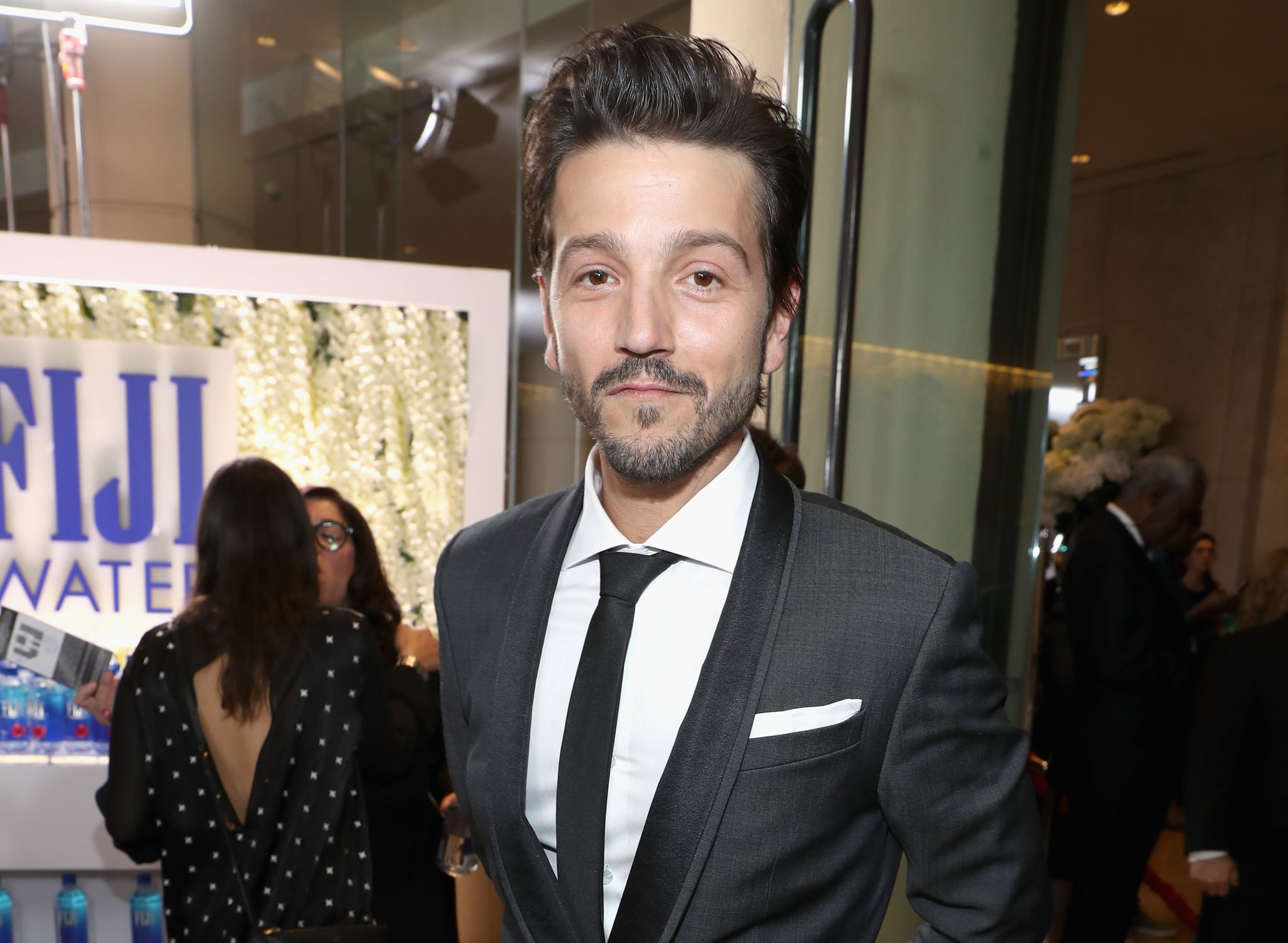 We're a puddle after hearing Rogue One's Diego Luna speak Spanish while he presented the award for best screenplay — motion picture at the 2017 Golden Globe Awards. It was just so refreshing to see the Mexican actor, who arrived on the red carpet with best friend Gael García Bernal (nominated for the second time for his role on Mozart in the Jungle), infuse his presenter script with his sparkly personality and native language.

As he stepped on stage, the crowd wasn't ready post-commercial break, still chatting it up and walking around the theater, so what did Diego do? He said "Silencio, por favor," to get everyone back on track then politely greeted them with a "Buenas noches a todos." The whole thing was so damn cute, but it didn't end there.

After presenting the nominees, Diego decided to announce the winner in Spanish, too, saying: "Y el Globo de Oro es para . . . You got that, right?" After highlighting the importance of Latino representation in Hollywood by tweeting a sweet story shared by a Star Wars fan, Diego just keeps making us proud. See the video below, then remember that time he brought his ex-wife to the premiere of Rogue One.

Grammy Awards
It's Party Time! See How Stars Let Loose After the Grammys
by Monica Sisavat 14 hours ago

Grammy Awards
Tyler, the Creator Eloquently Breaks Down Why Grammys Voting Is Unfair After His First Win
by Victoria Messina 9 hours ago