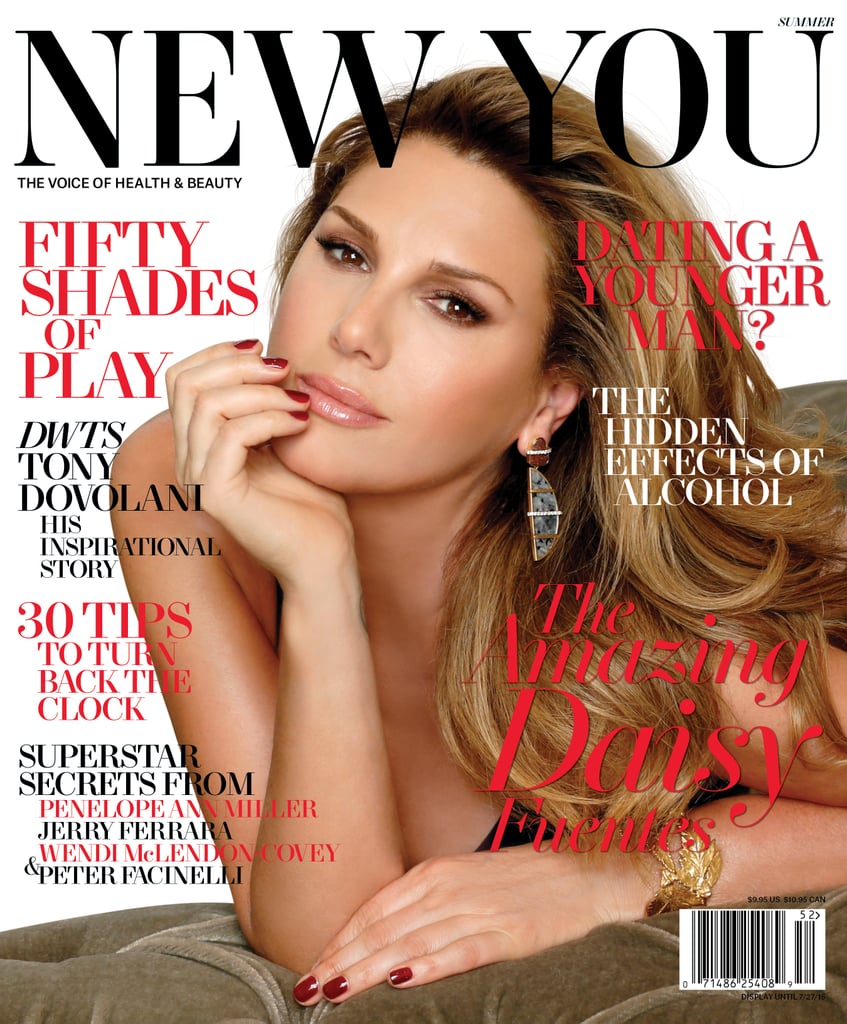 Daisy Fuentes on Emigrating From Cuba: "My Parents Left With Literally Nothing"

Daisy Fuentes opens up in the Summer 2015 issue of New You magazine, on sale now. In the interview, the host of La Voz Kids gets candid about everything from men and dating in her 40s, to the challenges she faced as one of the first Latinas in Hollywood (as the host of MTV's House of Style), to succumbing to the pressure to stay thin. When asked about the end to the Cuba embargo, Daisy, whose parents left the island when she was only a small child, said: "I don't think it's a cause for celebration until human rights are restored. If it helps the people of Cuba, then great. But for what it is, it's a little like a fake Band-Aid on a bigger problem." She went on to detail her parents' experience leaving Cuba to escape political turmoil, saying:

"My mom is from Spain, and at that time it was the only way we were able to leave Cuba because Castro was in full control already. Because there was some sort of alliance with Spain we applied for permission to leave. My parents [then a young couple with a small baby] received a letter back from Spain saying that we were allowed to leave on such date, and that we had to drop everything and just go. In fact when they were boarding the plane, the officials were checking a list and they said, 'Oh, you didn't return a blender to the government,' and my mother was like, 'Oh my God, the blender. . . I used it to make her baby food. It's there. . . We can have someone return it.' They said they could not board the plane until it was returned. So someone had to run to the house and go and get the blender and return it to the government. They left with literally nothing."

Read on to see Daisy looking supersexy in the magazine, and pick up a copy now to read the rest of her interview.

Kobe Bryant
Michael Jordan Revealed His Last Text Exchange With Kobe Bryant, and It's Bittersweet
by Kelsie Gibson 4 days ago