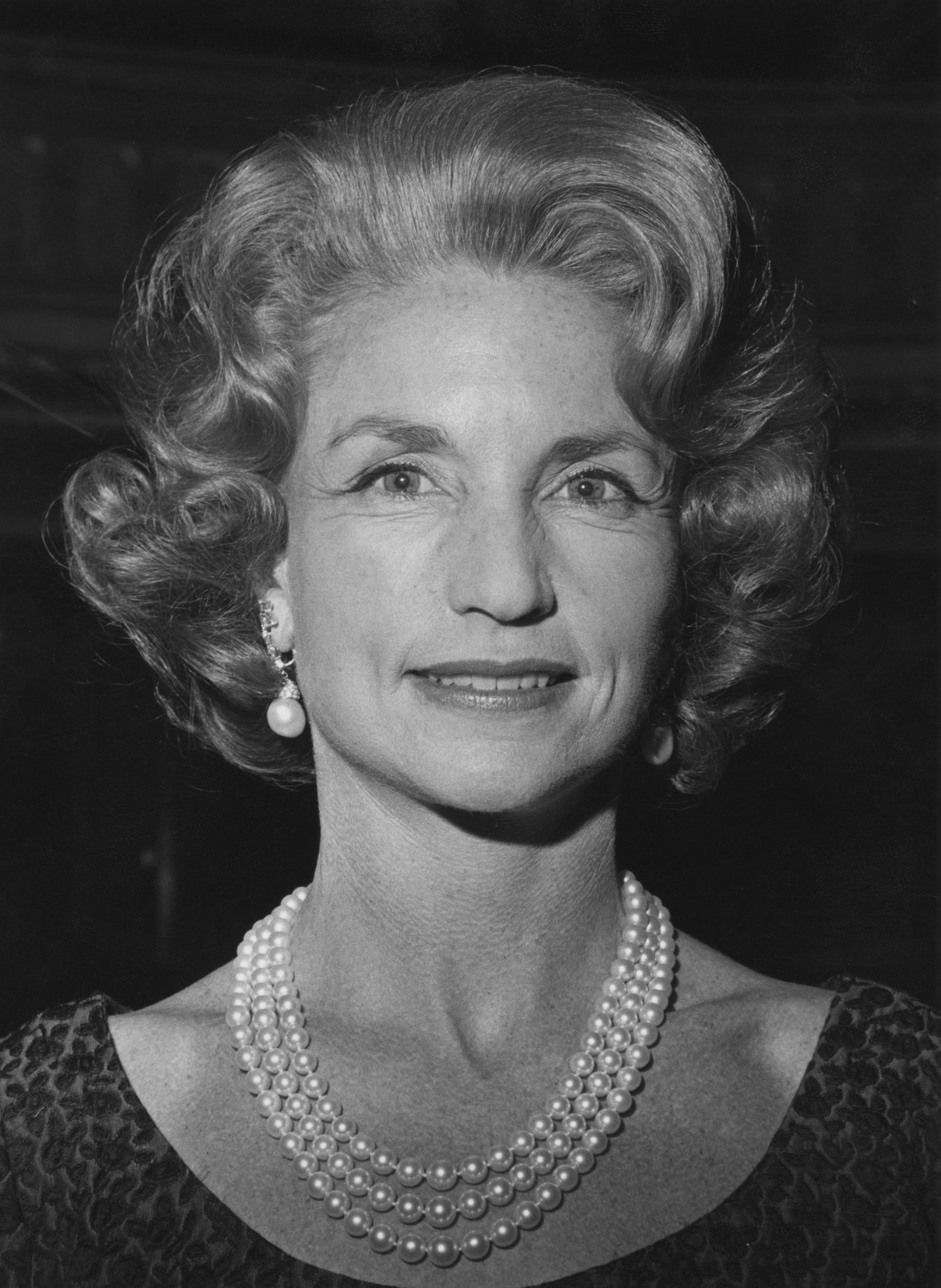 Taylor Swift surprised all of us when she dropped her latest album, Folklore, on July 24. While fans quickly went to work decoding the lyrics and searching for Easter eggs in the music video for "Cardigan," another song on the album also caught people's attention. "The Last Great American Dynasty" references Taylor's massive Rhode Island mansion (where she used to hold her annual Fourth of July parties) and tells the story of the house's previous owner, Rebekah West Harkness.

Rebekah was born in St. Louis and was married to William Hale Harkness, who was the heir to the fortune of Standard Oil. The company was the largest oil refiner in the world in the late 1800s and early 1900s, which made Rebekah one of the richest women in the US. Because of their wealth and love for the lavish lifestyle, the Harkness couple purchased the mansion in Watch Hill, RI, which they nicknamed The Holiday House.

While living at the house, Rebekah had "a marvelous time ruining everything," as Taylor sings in the song, most likely referencing Rebekah's wild antics. Known as the "B*tch Pack," Rebekah and her friends would frequently cause trouble at elite events in the area. While Taylor sings that Rebekah "filled the pool with champagne" and dyed the neighbor's dog "key lime green," The New York Times clarifies that Rebekah "cleaned her pool out with Dom Pérignon" Champagne and dyed a cat green. (Since Taylor is a fierce lover of all things feline, the story was probably changed to reflect that.) And after her husband died in 1954 of a heart attack, she installed eight new kitchens and 21 additional bathrooms in the home.

Rebekah, who also founded her own ballet company, died of cancer in 1982. The house sat empty on the beach until Taylor bought it in 2013 for an alleged all-cash deal of $17 million. Taylor seems to confirm that she was the house's next owner in the song, singing, "Holiday House sat quietly on that beach / Free of women with madness, their men and bad habits / And then it was bought by me."

The similarities between Taylor and Rebekah may also go much deeper than shared real estate. Much like Rebekah was called out in the press on numerous occasions for being a controversial figure, Taylor has been scrutinized for everything from her dating history to her "squad" of celebrity friends whom she used to frequently attend events with. Taylor makes this connection between the two in the last chorus of the song, singing, "Who knows, if I never showed up, what could've been / There goes the loudest woman this town has ever seen / I had a marvelous time ruining everything."

by Tara Block 2 hours ago

by Jennifer Fields 20 hours ago