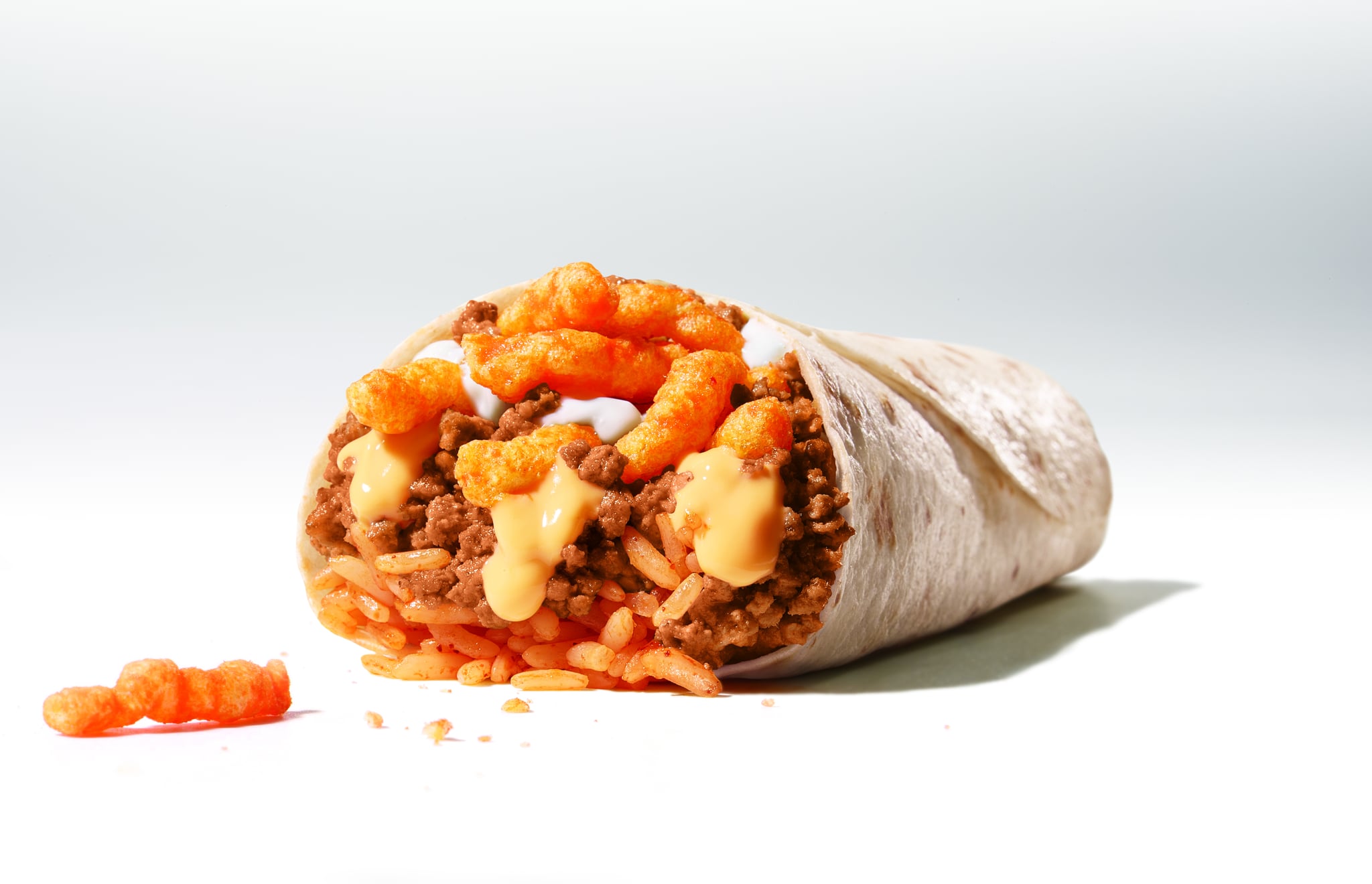 It was only a matter of time before Taco Bell announced a Cheetos burrito. Cheetos seem to be the fast-food ingredient of the moment, as proven by Taco Bell's Cheetos Crunchwrap Supreme and Burger King's Mac 'n' Cheetos, and we have to admit we're completely on board. This new menu item from Taco Bell is a beef burrito filled with rice, cheese sauce, sour cream, and a crunchy kick from your favorite cheesy snack. If it seems almost too good to be true, it kind of is. Taco Bell is only offering this item in Cincinnati, OH, starting in mid-August. If you live in that area, you're in luck — you can get your hands on this for just $1 while the restaurant is testing it out. The rest of us will just have to live with putting Cheetos on a burrito ourselves (and really, who's complaining about that?). Let us know how you feel about the Cheetos Burrito in the poll below!

Food News
Are You as Hyped For the Return of Starbucks's Pistachio Latte as We Are?
by Haley Lyndes 1 week ago