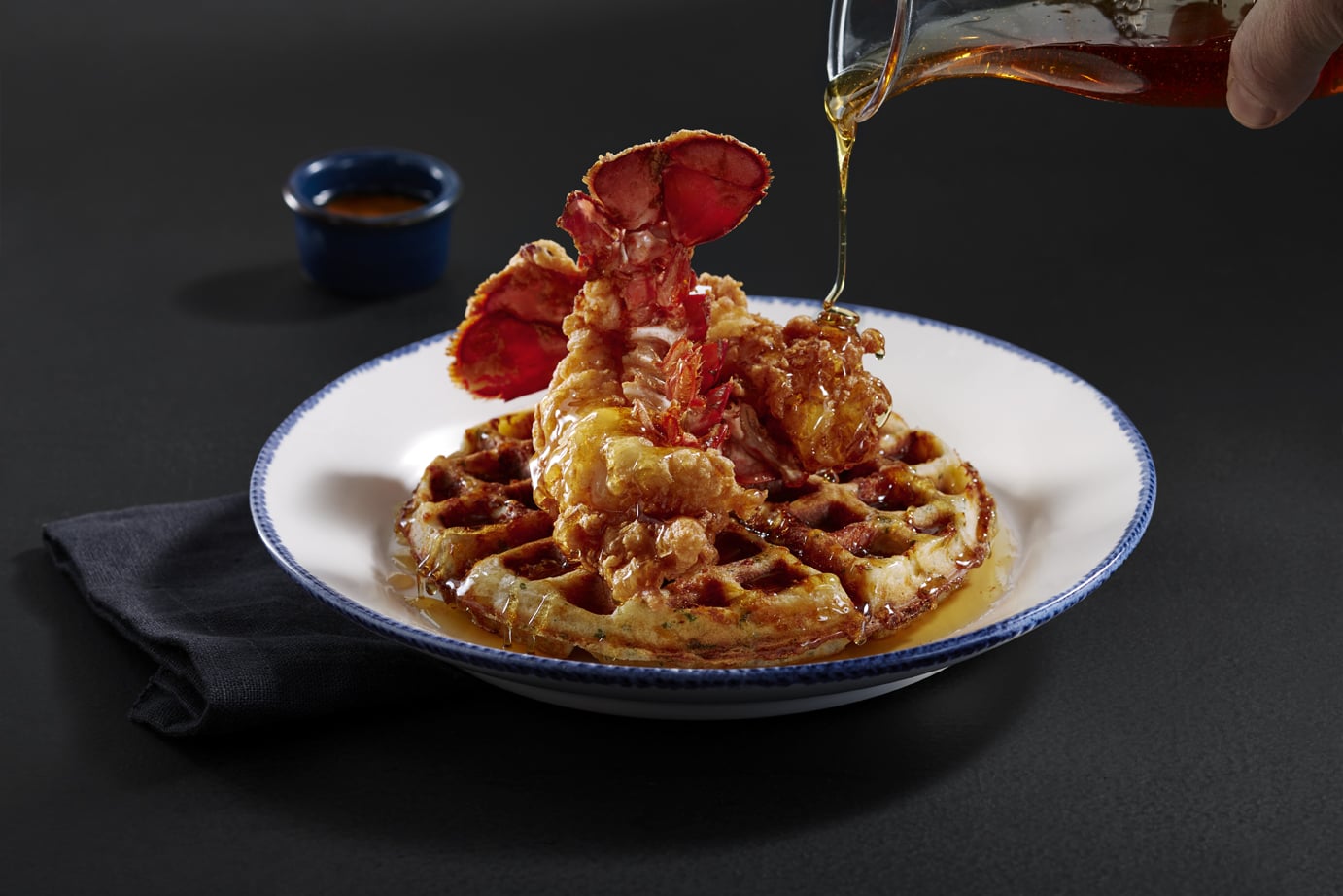 Few dishes have taken over menus nationwide quite like chicken and waffles the past couple of years, and Red Lobster is debuting possibly the most intriguing version yet — lobster and waffles! The restaurant has taken the basics of the popular duo and put its own spin on it with its signature items: fried lobster and a Cheddar Bay Biscuit waffle . . . naturally. It's all covered in a drizzle of maple syrup (if you desire), so it's equal parts salty, sweet, crunchy, and buttery. Based on the droolworthy photos of Lobster and Waffles, I'm already craving something I've never had. 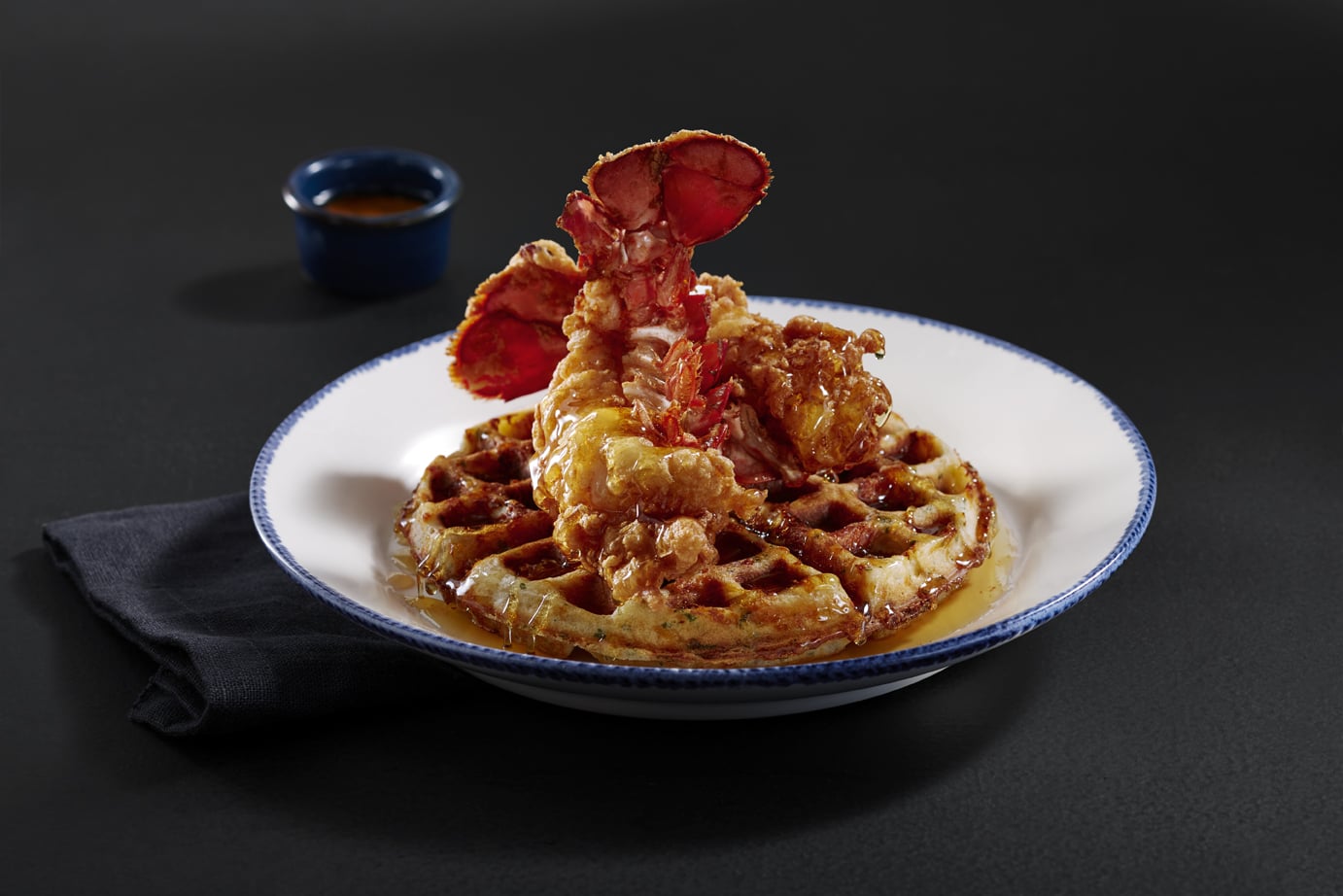 The indulgent Lobster and Waffles will be available nationwide for a limited time beginning on Monday, March 26. This special item is a part of this year's Lobsterfest, a returning promotion that's basically every lobster-lover's dream. Among the other new items on this year's Lobsterfest lineup are Lobster Truffle Mac & Cheese, Dualing Lobster Tails, and Stuffed Tilapia With Langostino Lobster.

The lobster-meets-waffles dish costs $20, but prices vary by market. If this speaks to you on a spiritual level, hurry to try it while it lasts! We only have one question: does ordering this limit the number of Cheddar Bay Biscuits we can have?

Food Trends
Minimalist Cakes Are a Popular New Trend, and We Can't Get Over How Beautiful They Are
by Ashley Broadwater 1 week ago

Food News
You Can Order a Winnie the Pooh Frappuccino at Starbucks, and It Tastes Just Like a Graham Cracker
by Emily Weaver 1 week ago