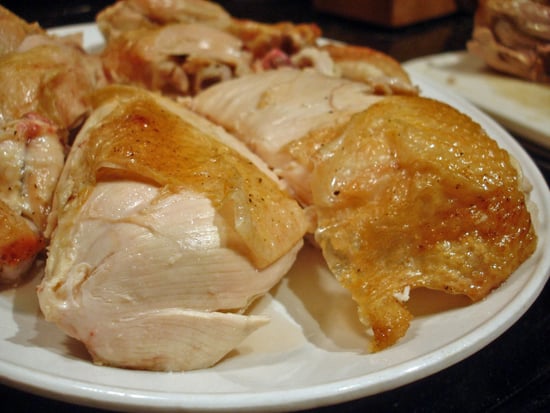 Under the headline "World's Easiest Dinner" in Esquire magazine, this recipe was impossible to ignore. Roast chicken is already one of the easiest hearty meals around, but cooking it in a cast-iron skillet makes it pretty much foolproof. From chef Linton Hopkins of Atlanta's Restaurant Eugene, this three-ingredient regimen renders a bird with golden-brown skin that's "juicy as hell."

The recipe calls for a three-pound chicken, though I got one that was about 2.5 pounds, which was just big enough to squeeze into my 10-inch skillet. I only salted and peppered my meat, and with so much moistness, it had plenty of flavor. For the delicious details and the recipe, read more. 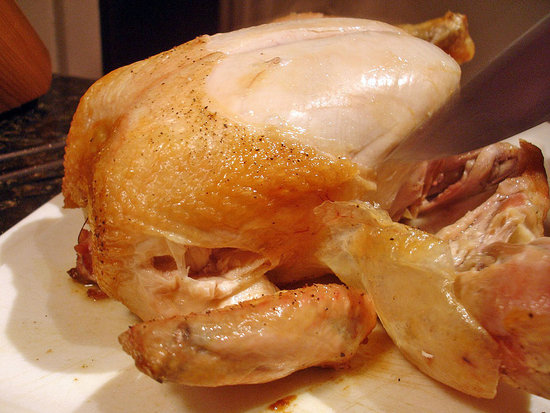 Nostalgia
We Uncovered Disneyland's Chimichanga Recipe, So Who's Ready For Breakfast?
by Lauren Harano 4 days ago

Recipes
I Made the TikTok Honeycomb Pasta Cake, and You Know What? It's Delicious!
by Sydni Ellis 4 days ago

Recipes
Rise, Shine, and Enjoy Starbucks Egg Bites in the Comfort of Your Kitchen With This Easy Recipe
by Lauren Harano 5 days ago

Astrology
The Stars Are Aligned, and This Is the Cocktail That Matches Your Zodiac Sign
by Lauren Harano 6 days ago