Disney announced a new space-themed restaurant coming to Epcot in Walt Disney World at the 2019 D23 Expo, and we're already seeing stars! The restaurant — called Space 220 — will "launch" sometime this Winter and be an extension of the park's popular Mission: SPACE pavilion.

To get to the restaurant, guests will board an elevator near the Mission: SPACE attraction that will replicate being shot up into orbit. You'll travel 220 miles directly above Earth and dock at the Centauri Space Station. Once inside, you'll pass the grow zone on the way to your seats, which is "a spinning wall of produce that mimics earth's gravity and represents some of the fresh ingredients used by the culinary team," a Disney press release stated. You'll then be part of an immersive dining experience with panoramic views of the stars, passing satellites, and floating astronauts. And along the way, Disney said, "viewports will give guests real-time perspective as they travel high above the planet." 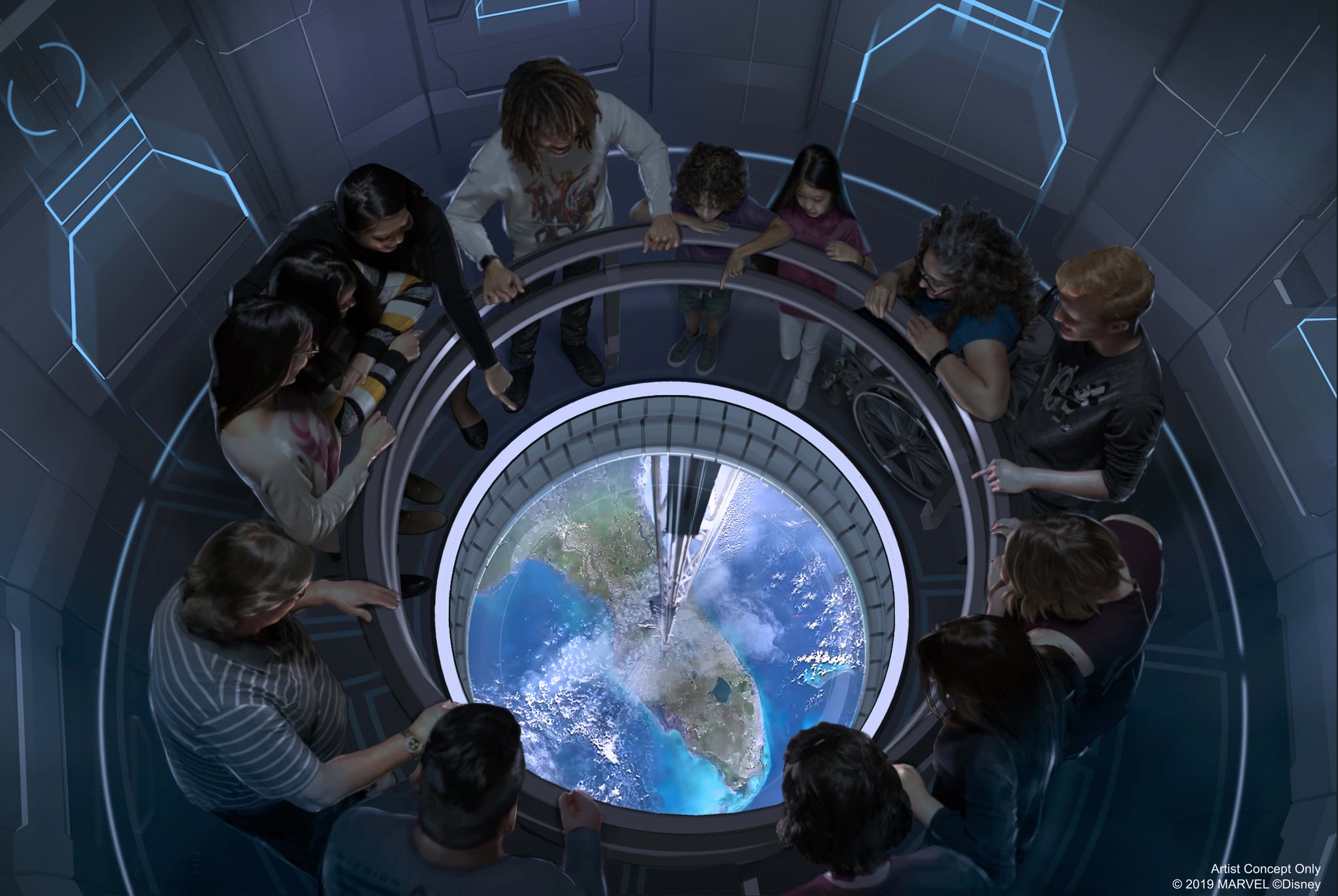 A look inside the elevator that will "launch you into space" to get to the restaurant.

There's no word on the menu yet except that it will feature gourmet offerings, but it's being operated by the Patina restaurant group, which already operates a handful of popular, Italian-inspired Disney restaurants, including the Via Napoli pizzeria and Tutto Italia Ristorante in Epcot, along with Maria & Enzo's and Pizza Ponte in Disney Springs. It also owns Morimoto Asia and The Edison, an industrial Gothic-themed restaurant and bar featuring American cuisine, also both in Disney Springs.

Space 220 is just one of several changes coming to Epcot. Confirmed at the 2019 D23 Expo, Epcot will also be getting a new Mary Poppins attraction in the Great Britain pavilion, a Ratatouille attraction in the France pavilion, a Moana water maze attraction, a revamped Spaceship Earth, and a Guardians of the Galaxy ride that features Disney's first reverse launch and will be next to Space 220. Epcot will also be reorganized into different lands. World Showcase will remain the same, but Future World will be split into three neighborhoods called World Nature, World Discovery, and World Celebration. Space 220 will be part of the World Discovery land, which Disney said will be where "stories about science, technology, and intergalactic adventure come to life."

Family Travel
Disney World Has a New Neighbor: What to Know About the Upcoming Peppa Pig Theme Park
by Chanel Vargas 3 weeks ago