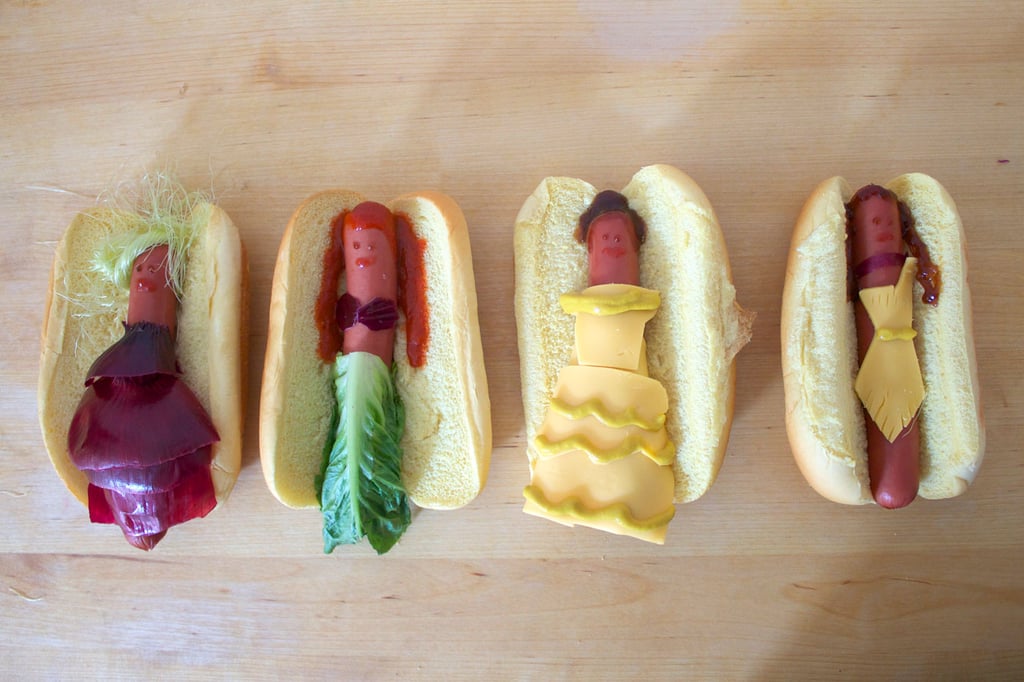 I can't even count the number of headlines I've seen in the past few months that start with "Disney Princesses Reimagined as . . . ." If you surf the web read POPSUGAR on a frequent basis, you probably can't either. You've seen them as sexy pinup girls, "real" people, Star Wars characters, '90s-fashion enthusiasts, and more.

Thanks to Gabriella Paiella and Anna Hezel, you're about to see Ariel, Belle, and Pocahontas like you've never seen them before — for real this time. The writers wanted to challenge this new fascination everyone seems to have with "reinventing" the Disney princesses we grew up watching and portray them as . . . hot dogs.

"We put our heads together and thought about what kinds of Disney princesses would inspire us the most. And obviously we thought of hot dogs. Disney has never created a princess who was a hot dog (dumb, in our opinion). Imagine if all of their princesses were hot dogs. So inspiring. Wow," they stated in the original piece the two cowrote for Lucky Peach.

Inspiring is right. I mean, why put a limit on the number of things you can model these princesses after? This food art is just as impressive as, if not more than, other artists' interpretations you've seen.

"We can't stress enough how inspiring it was to see the Disney princesses as hot dogs. It was incredible to imagine these hot dogs doing all of the great passive things that the original princesses did, like looking nice, singing beautiful songs, marrying princes, and getting helped by men," they concluded.

Head to Lucky Peach to read the piece in full (and find out exactly how to fold the cheese and squirt the mustard to get it just like Belle's dress!), but first, see a side-by-side view of the meaty princesses, here.