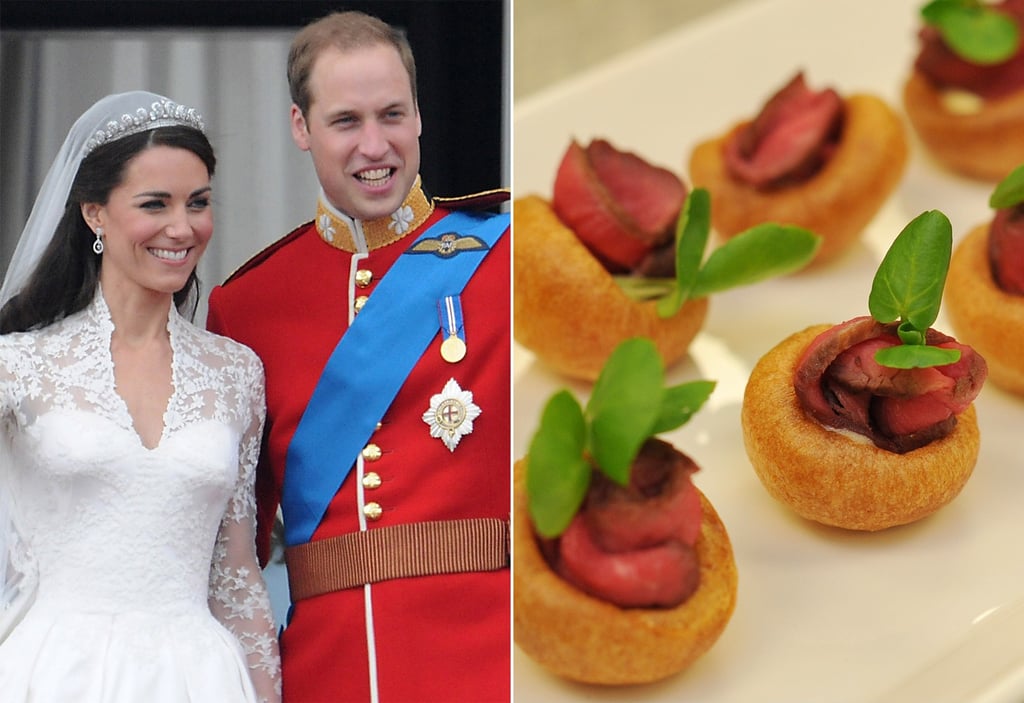 Royal Wedding Menus Are Just as Lavish as You Might Think!

While modern royal wedding menus are not quite in the same league as Henry VIII's first wedding feast, which featured a roast swan stuffed with a lark, stuffed with a sparrow — Tudor turducken, anyone? — they are still every bit as swanky as you might imagine. Traditionally, royal brides have dishes especially created for and named after them, and not so long ago, it wasn't uncommon for a nine-course meal to last for hours. However, in recent years, there have been a few changes made to some royal traditions, as well as some more unusual choices when it comes to the wedding banquet. Here are some of the traditional, and not-so-traditional, meals that have been served at British royal weddings over the years.

The Royals
Prince Charles Honors Prince Philip in Video Message: "I Miss My Father Enormously"
by Kelsie Gibson 1 day ago

The Royals
Harry and Meghan's First Netflix Series Has Been Revealed, and It's Already My New Favorite Show
by Monica Sisavat 6 days ago