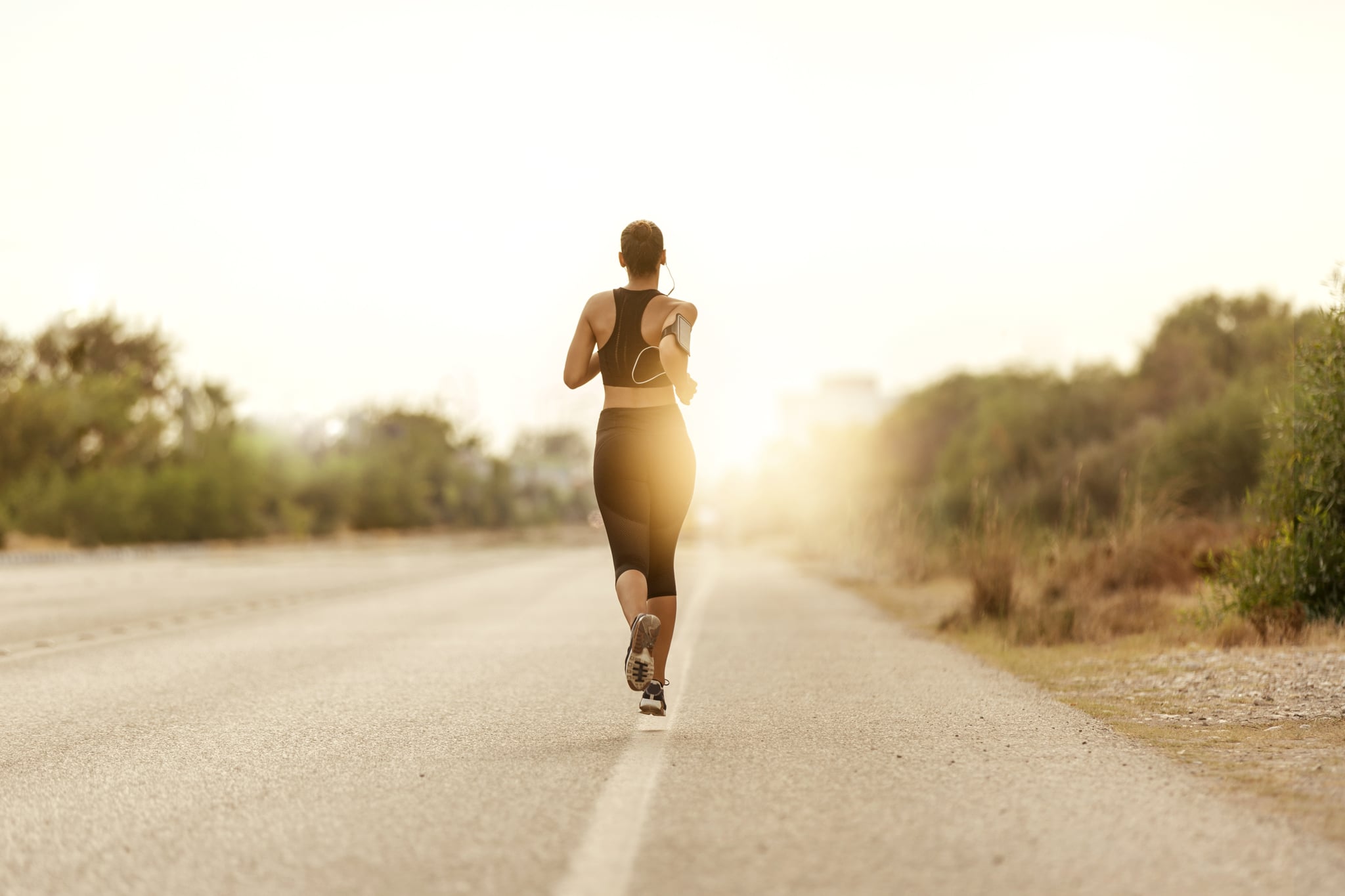 I've never been slow, but I don't think anyone would call me a sprinter. In soccer, I played midfield, a solid endurance position. In field hockey, I moved back to defense. In softball, I was light enough on my feet to play second base and shortstop, but was never one of the girls who could extend a single to a double or beat out grounders in a dead sprint to first. Maybe two steps ahead of the middle of the pack. Nothing flashy. Solid. Consistent.

It took finishing my first half-marathon to find my niche: long distances. I couldn't win hundred-meter dashes, but I could grind out splits over 13 miles, hold a steady pace, and finish within the top 10 or 20 in my age group. It played right into my competitive, half-perfectionist nature. I didn't train with the intent to shave down my time, but that was actually part of it: I trained at whatever pace I wanted, pushed myself to absolute exhaustion on race day, and felt pride at what my body could do with hardly any preparation at all, as though that made it count more. For better or worse, the strategy worked. The December after my first quarter of college, I ran a 1:39 half-marathon, my fastest time ever.

I Beat My PR — and It Injured Me For Months

I paid for it. After that race, everything felt off. My knees started to buckle and pang, sending pain up the side of my thighs. (In retrospect, it was textbook IT band syndrome.) The bones in my feet ached. My much-hated shin splints made their comeback. The daily runs, often completed alongside the former cross country and track runners who had pushed my pace to PR level, had taken their toll and more. After I broke 1:40, I took almost six months off from running.

When I started up again that summer, armed with doctor recommendations, a new pair of shoes, and a full stretching, foam-rolling, and cross-training routine, I was a different runner. I remember that first run back from injury: I told myself, "go as slow as you need to." That was a first. For me, for so long, running came with two goals: go faster and go longer. I didn't track my times, but I knew when a route was taking me too long. I would berate myself for taking a break, hunched over in the narrow strip of shade from a stoplight pole, because I could barely breathe after sprinting up a hill. Taking shortcuts was unacceptable. No set of stairs could be skipped. I felt a twinge of disappointment if I had time to do seven miles, but only finished five.

Related:
I Do CrossFit, and This Is What Shocked Me When I Ran a Half-Marathon

My first run back after that long break was tentative. It was slow. I paid more attention to my knees, feet, and shins than my pace. The competitive mental monologue I'd come to know so well ("go faster, you're slowing down, pass that jogger, speed up") unraveled, and in its place were questions about how my legs were doing, how my lungs were doing, where my head was at. "Steady. Take it slow. Are you good?"

I had missed running. I'd known that for months. But it was less clear what, exactly, I'd missed about it. And when I finished that run, pain-free, in a rush of relief, I asked myself, do you run to get faster times, to beat other people, to go longer distances just to prove to yourself that you can? Or do you run to let go, and to come back to yourself, and to find the space to breathe when it feels like you can't?

The answer was obvious. What I'd missed about running wasn't the heady, fleeting adrenaline rush of knowing I'd beaten a time or run farther than I had before, but the peace of the moments, mid-run, when I was alone with my thoughts and my music and whatever part of the world is around me. PRs, times, metrics, distances, and "winning," or that. There was no contest.

Not Every Goal Is a Number

Five years later, I run just twice a week. I complete two to three half-marathons a year. I usually finish between 1:42 and 1:50, and the fact that I can reel off those times tells you that, for better or worse, I haven't completely relinquished that competitive drive. I'm still invested in getting good times and shooting for longer distances. I still have goals that are defined by numbers, and I just signed up for my longest race ever, a 21-miler on hill-ridden course down California's Big Sur coastline. But some goals aren't quantitative. Right now, what I most want from running is joy. The time for me to be alone but not lonely, focused so hard one goal that it doesn't feel like focus at all. To contemplate. To figure things out. Moments where all I need to think about are my steps and my breath, and all I need to look at is the sidewalk ahead of me.

I still get a burst of pride when I hit a good pace or sprint up a hill that stymied me a few weeks before. I still feel euphoric crossing a finish line, that feeling of "I did it!" that never gets old, even after eight half-marathons and counting. But if I never ran another race, I'd be OK. If I never beat my PR, and I doubt that I will, I'd be OK. And sure, sometimes I catch myself thinking, I only need to shave three minutes. With training, it's doable. But what would it give me? Stress, pressure, potentially injury. Maybe some day it'll be worth it. But right now, for me, running isn't about time. The only reason that crossing the finish line feels so good is that every step it took to get there gave you something you didn't have before: perseverance, grit, acceptance of your body's physical limits, astonishment and pride at your ability to overcome them, and, when it all comes together, pure peace.

I think running is a journey like any other, because what actually matters is the effort of every step, and what every step gives back to you, and how you change, and how you grow. The distance covered and the time you spent are just measurements of what it took to get from where you were to where you are now, and from who you were to who you've become.

Related:
I Hate Running, but Here's Why I Do It Anyway
Image Source: Getty / bymuratdeniz
WorkoutsRunningPersonal EssayMental Health 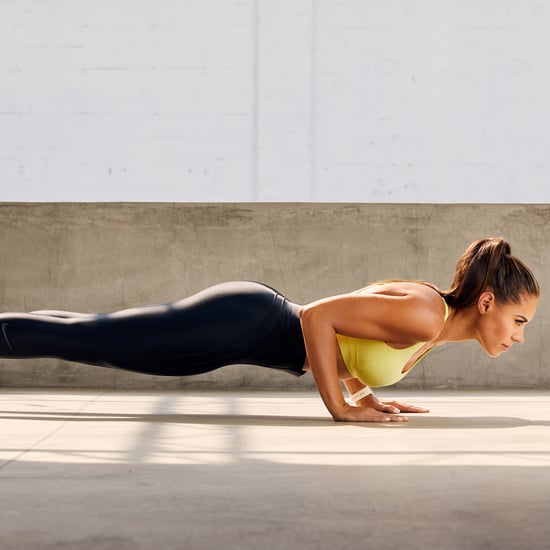 Workouts
Strengthen Your Shoulders, Arms, and Abs With This 20-Minute, Equipment-Free Workout
by Tamara Pridgett 1 day ago 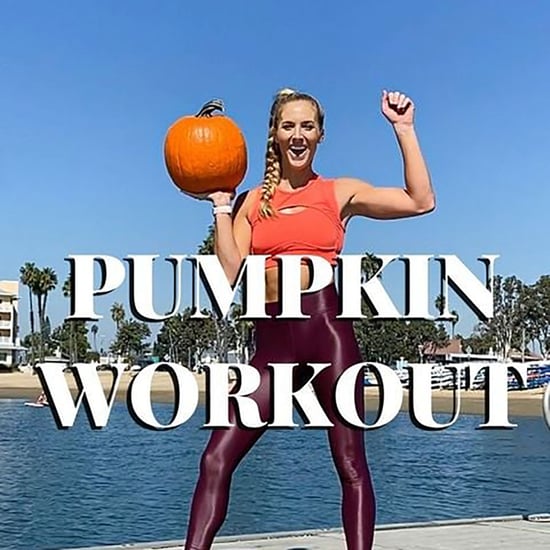 Halloween
The Only Equipment You Need For This Intense and Fun 10-Move Workout Is a Pumpkin!
by Jenny Sugar 3 days ago

Workouts
Got a Quick Break? Try This 4-Minute Bodyweight Cardio Challenge From a Trainer
by Samantha Brodsky 3 days ago