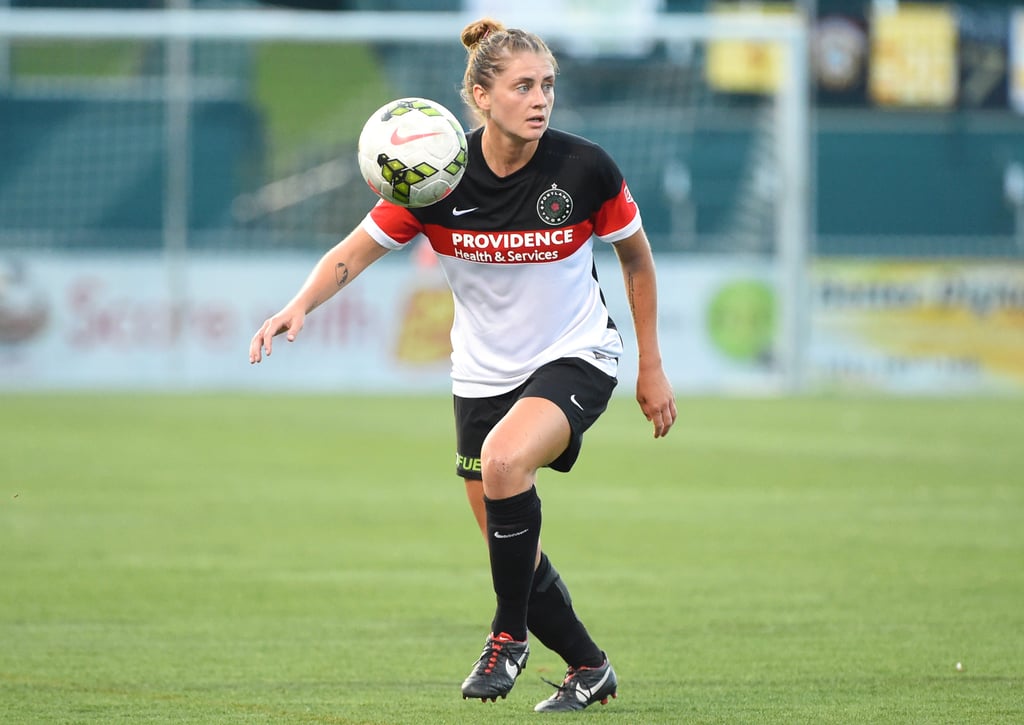 "Do Not Ignore This": USWNT Stars Speak Out as NWSL Abuse Allegations Come to Light

North Carolina Courage head coach Paul Riley was fired Sept. 30 following allegations of verbal and sexual abuse from former players, the latest in a series of abuse allegations in the National Women's Soccer League (NWSL) that led the league to cancel all matches the following weekend. Detailed in The Athletic, the disturbing accusations against Riley reveal a culture of silence in the NWSL that enabled patterns of harassment, which players have only just begun to bring to light.

Former NWSL players Sinead Farrelly (above) and Mana Shim accused Riley of multiple forms of abuse in The Athletic's article. Farrelly said she felt coerced into having sex with him on multiple occasions as he exhibited emotionally abusive and possessive behavior toward her. "More than a dozen" players were interviewed, spanning every team Riley has coached since 2010, along with additional sources throughout women's soccer.

Players said that Riley insinuated himself into their lives as the head coach of the Philadelphia Independence, a team in the now-defunct Women's Professional Soccer league (WPS). "There's this sense that he wants to control your life outside of the stadium as well, whether that's what you're eating or who you're seeing," a former Independence player told The Athletic. He allegedly gave attention to Farrelly, then a young Independence player still finishing up college, but later used that bond to pressure her away from opportunities with the US women's national team (USWNT), she said. At the end of the 2010 season, Farrelly said, she felt coerced into having sex with Riley, who told her they would take the secret "to our graves." A few months later, Riley visited her at college and again coerced her into having sex, she alleged.

Farrelly played for two other teams that Riley coached, the semiprofessional Long Island Fury and the NWSL's Portland Thorns FC. She allegedly had more coerced sexual encounters with him on both teams, sometimes including other teammates. While both were with the Thorns, Farrelly alleged Riley pressured her to kiss Shim, her teammate, promising that the team wouldn't have to run a conditioning drill if they did. "He was instigating us," Farrelly said.

Shim alleged that Riley targeted her following similar patterns: establishing some kind of bond (which swung between favoritism and harsh criticism) and singling her out for special film-room sessions and date-like dinners out, she said. He allegedly forced Shim to dance with him, and both Shim and Farrelly said he texted them inappropriate photos. Players also said he commented on players' weight, bodies, sexual orientation, and personal lives; when Farrelly started a relationship with a teammate, Riley allegedly told her she was "too hot to be a lesbian," and not a "real lesbian" because she had been with a man. Players alleged that he took his teams out to bars and invited them on sometimes-mandatory retreats, creating a social culture with himself at the center.

Through it all, Farrelly and Shim both felt that they couldn't speak up because they owed him for career opportunities or could be punished if they said anything. The stress eventually led to Farrelly collapsing midgame in 2014, which "felt like a relief," she said. She had been having daydreams "about getting hurt and not having to play again."

Shim, with support from Farrelly and Thorns teammate Alex Morgan, struggled to find a way to report Riley for his abuse. When she finally brought it to the Thorns' attention, the coach was investigated and let go, but neither the reasoning nor Riley's abuse was made public. Despite the NWSL being aware of Riley's behavior and the Thorns' investigation, he was given another opportunity to coach in the league, hired five months later by the Western New York Flash, which later became the North Carolina Courage.

Riley denied the majority of the allegations in an email to The Athletic, stating that he had never had sex with or "made sexual advances towards these players," taken them out drinking, or commented on his players' weight or personal relationships. As the Courage announced Riley's termination, the NWSL released a statement from commissioner Lisa Baird, who said she was "shocked and disgusted" by the allegations — despite the fact that, according to the article, both Shim and Farrelly had been in contact with Baird about Riley's abuse earlier this year after the league established a harassment policy. The players asked that the league look into Riley's behavior again, but the league only said the investigation was closed and that it couldn't share more information. "The league was informed of these allegations multiple times and refused multiple times to investigate the allegations," Morgan wrote on Twitter in response to the league's statement. She included screenshots of an email from Farrelly to Baird as well as Baird's response.

This type of behavior from league and club leadership, which Farrelly called "institutional betrayal," has been coming to light across the NWSL. Earlier the same week, Washington Spirit head coach Richie Burke was put on leave following allegations of verbal and emotional abuse to players, and last year, former Utah Royals FC owner Dell Loy Hansen was pressured to sell the team after allegations of racist comments and a sexist front-office culture. Other accusations of abuse and sexual harassment throughout the league have followed, only coming to light when players themselves speak out.

And therein lies the problem, many players say. As news of Riley's alleged abuse broke on Thursday morning, stars from across the NWSL and the USWNT vented their frustration on Twitter and voiced support for the athletes who had to speak up because the league failed to protect them. "Do not ignore this," wrote USWNT captain Becky Sauerbrunn of the accusations. Morgan wrote: "Mana and Sinead, we support you and are in your corner. I am sickened . . . Bottom line: protect your players. Do the right thing @NWSL." Megan Rapinoe summed it up as "Men, protecting men, who are abusing women." In a statement on Twitter, the NWSL Players Association wrote: "We refuse to be silent any longer. . . . We will no longer be complicit in a culture of silence that has enabled abuse and exploitation in our league and in our sport."

Women's soccer has struggled to gain a foothold in the US beyond the USWNT, and players say this culture of silence is a result. "There definitely has been this shared idea that because two leagues have folded in the past, the NWSL is kind of the last hope for a women's soccer league," Morgan told The Athletic. "Because of that, I feel like there's this idea that we should be grateful for what we have and we shouldn't raise important questions — or ask questions at all."

Now, the league is on notice: enough is enough, and many players are done keeping alleged abuse silent. "I want more justice, I want better policies," Shim said on the Today Show on Oct. 5. "I want players to be protected." Farrelly added, "This is bigger than the sport. This is about safety in our own lives and our own bodies. The players deserve that." Watch the full interview with Farrelly, Shim, and Alex Morgan and read more reactions from around women's soccer, ahead.

Olympics
It's Official: These Are the 16 Figure Skaters Repping Team USA in Beijing
by Maggie Ryan 2 days ago 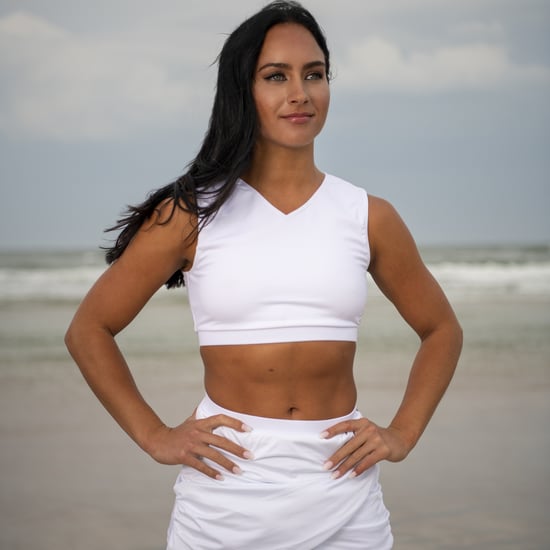