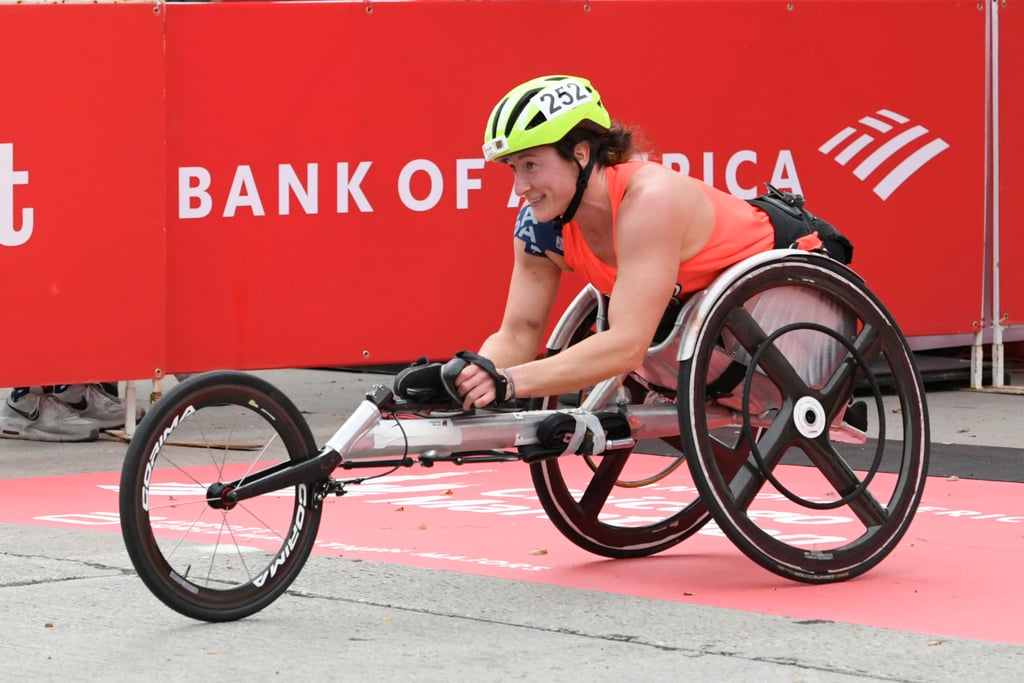 Tatyana McFadden Comes in First, Then Second in Back-to-Back Chicago and Boston Marathons

Twenty-time Paralympic medalist Tatyana McFadden raced 52.4 miles in the span of 24 hours between the 2021 Chicago and Boston Marathons. She took home her ninth women's wheelchair division title in Chicago on Oct. 10 (1:48:57), then proceeded to finish in second place the next day in Boston (1:50:20). This comes just one week after McFadden got third at the 2021 London Marathon and less than a month following her second-place results in the 2021 Berlin Marathon.

During her Oct. 10 post-victory interview, McFadden said this Chicago title meant a lot to her given the fact that she made her major marathon debut there in 2009. "It's been an incredible year coming off the Paralympics, the three medals. I've been placing top three and finally I win, and it happens to be Chicago," she said, stating that she was "up for the challenge" of getting on a Boston-bound plane shortly after her victory.

McFadden was the only elite women's wheelchair racer to compete in both the Chicago and Boston Marathons this year, NPR reports. Following her Boston race, she noted on the NBCSN broadcast that she slept just six hours and she surprised herself with her podium finish. The crowd, she said, kept her going, and she's looking forward to celebrating after her New York City Marathon appearance next month.

Switzerland's Manuela Schär out-raced McFadden in Boston by around 15 minutes (1:35:21). Schär has had a great marathon season, getting second in the women's T54 marathon in Tokyo followed by first-place titles at the 2021 Berlin and London Marathons. Her victory on Oct. 11 successfully defended her Boston win from 2019.

Ahead, check out McFadden's winning moment at the Chicago Marathons and her second-place Boston Marathon finish. Two medals in 24 hours? It's no wonder she's all smiles!

Related:
Chris Nikic Is Tackling 2 Marathons This Fall, Inspiring the Down Syndrome Community and Beyond
Previous Next Start Slideshow
RunningSportsDisabilityAthletesMarathon

Sports
Paying Tribute to Lusia Harris, the History-Making Queen of Basketball
by Maggie Ryan 2 days ago