After watching Howard University freshman Chandler Robinson's TikTok video above, I was shocked to hear her claims of students being exposed to mold and still water (from flooding) with, what students are calling, a lack of proper response from Howard University, which just celebrated its Homecoming week as students were protesting.

Exploring Robinson's TikTok profile even further, I found videos containing evidence of the mold and flooding that she mentioned in the video above. Students have been protesting these living conditions now for three weeks while living outside of the Blackburn Center in a "tent city."

POPSUGAR spoke with Robinson to understand more about the student living conditions and the ways in which Howard University is responding to the protests in person; Flora Sinha, MD, to speak about the effects these living conditions can have on the students' physical well being; and Frame Therapist Shevon Jones, LCSW and Founder/CEO of Mental Wellness Collective, to speak to the effects of how Howard University's current method of response (police intervention) can have on their mental health.

When describing the living conditions at Howard University, Robinson explained that two dorms flooded at the beginning of the current school year, which caused mold to form on students' personal belongings as well as floors and walls. She claims that the "university has yet to address the mold issues or assist students who are now sick." Dr. Sinha mentioned that prolonged exposure to mold can cause a range of symptoms. "Sometimes it's mild 'allergy type' symptoms like stuffy or runny nose, red/itchy eyes, or irritated skin. If a patient has underlying asthma, they may notice an exacerbation of their symptoms [such as] wheezing [and] chest tightness." Dr. Sinha also mentioned that brain fog and mood changes can occur but that a majority of these symptoms would be alleviated upon leaving the mold infested area.

As for how these living conditions could effect students' mental health, Jones said that "the added stress of rodents, roaches, and more can cause students to stress, worry, and adapt to these environments causing heightened anxiety levels. Physically, it can lead to illness, but mentally it can be overwhelming and draining."

As mentioned by Robinson, police have been brought in more that once in an attempt to halt the students' protesting efforts.

"What's happening to our Black students at HBCUs is disheartening," Shavon Jones, LCSW

Howard University is one of the most well known HBCUs (Historically Black Colleges and Universities) in the United States. Therefore, the university is well aware of the Black Lives Matter movement — which was birthed out of a call to end unjust violence towards Black Americans and the lack of appropriate response from governing bodies within the justice system. With that in mind, I felt puzzled (but not surprised) that the university would use police force to disrupt the student protest against these living conditions while also blocking students from accessing the Blackburn Center, which they had moved to so they can live somewhere without mold, rodents, or roaches.

"What's happening to our Black students at HBCUs is disheartening," Jones said as she also shared a similar feeling of being disappointed but not surprised at the use of police to disrupt the student protests. She went on to mention that the use of police violence towards the students can induce anxiety while traumatizing those experiencing the violence and those watching from the sidelines. "Students are anxious, depressed, stressed, and struggling to find a way to advocate for their needs and still actively be a college student, and that's a lot."

In the Twitter statement above, Howard claims to be "open to dialogue and solutions." However, according to Robinson, "flippant statements like this are one of the many reasons why we are currently protesting outside of the Blackburn Center." Utilizing the hashtag "#BlackburnTakeover," students have gone online to expose the hypocrisy between Howard Universities statements and the actual living conditions. Now past day 13 of protesting, there still seems to be no action plan from Howard University on resolving these issues — only empty statements like the one above.

According to Robinson, the "university lacks communication and transparency" as this past summer they have also removed student alumni and faculty positions from the board of trustees. "We no longer have a seat at the table," said Robinson.

"Provid[ing] solutions to contemporary global problems, particularly ones impacting the African Diaspora," are a part of Howard University's core values. Yet the university's lack of proper response and "flippant" public statements are a prime example of the hypocrisy at Howard University as they have yet to provide solutions to their students, most of whom are members of the African Diaspora.

Howard University has yet to respond to POPSUGAR for a statement.

Health News
So, Apparently Your Workouts Aren't Burning as Many Calories as You Think They Are, a Study Says
by Maggie Ryan 9/22 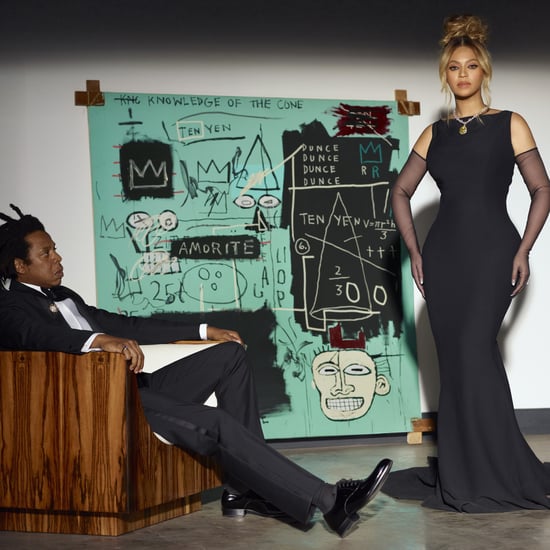 BTS Just Released Another "Butter" Remix, So Happy Holidays to Us All

Joshua Bassett Opens Up About Being Sexually Abused as a Child: "I Buried It So Far"

by Princess Gabbara 20 hours ago