Multifaceted performer, celebrity trainer, and and current cohost of CBS's The Talk, Amanda Kloots, has brought her signature AK! Rope class to Equinox. This class uses a jump rope to tone, strengthen, and build stamina in an innovative way. Going from upper-body tone to full-body movement, there is no body part that goes unused.

Best of all, AK! Rope is designed to meet you where you are in your fitness journey. With the clever cueing of "alternate levels," you're able to adjust aspects of the class to your specific fitness needs. So if you have 55 minutes and enjoy a challenging workout, check out AK! Rope via Equinox's website for information on how to sign up for class located in person at one of Equinox's clubs in New York and California. Still wonder what AK! Rope is all about? Over on the East Coast I got to try out AK! Rope at Equinox's outdoor club In the Wild, and here's what went down.

Before the AK! Rope Class Began

On a humid 90-degree Saturday morning in Hudson Yards, I joined Amanda Kloots In The Wild for her new AK! Rope class with Equinox. Prior to the official start of class, Amanda showed us the ropes (literally!) by demonstrating how we'd use our jump ropes throughout class. She had us measure and adjust our ropes to armpit height so that each of us had our ropes tailored to our bodies. Even my six-feet, two-inches self was able to adjust the rope to my height without worry that I would hit myself in the back of the head with a jump rope that was too short.

Once our ropes were the proper length, Amanda showed how we'd use the rope for the first portion of class. By folding the jump rope two times, we created a resistance band-like structure for us to head into a series that focused on our shoulders and upper back, or as Amanda calls it, "whip position." Once we were equipped with our whips, she then showed us one more bit before we got going: the footwork for the coordination portion of class that we would take on later in class. Introductory tutorial complete it was time to get jumping.

We began with a heart-pumping warmup alternating between jump roping and plank holds. Each were done for a minute without breaks. Amanda was clever in her cueing as we alternated between the two. "Step forward" from plank to stand and jump rope, then "step back" to plank. These types of cues keep the energy up as we weren't instructed to tap our knees down.

With all that lifted energy, we swung right into the upper-body-focused section. Grabbing our jump ropes in whip position, we stood in a strong squat-like stance and went through a series of movements that really worked every part of the body while focusing on our shoulders and upper back. At one point, we stood in a squat with our jump ropes in whipped position clasped between our hands behind us moving the rope up towards the ceiling and down towards the backs of our knees. My thighs, core, arms, and back were all working together to stay with Amanda's words of encouragement and more importantly her counting to the end of each set.

After the fiery upper-body sequence, there was no slowing down as it was time for coordination, or as I found out, lack of coordination. As the class followed along, we were all in sync with the beat enjoying getting creative with some fancy footwork. That is until we added the jump ropes.

Everyone had their own rhythm as we attempted to stay in sync with Amanda, but luckily she shouted ". . . and know that you can do this portion without the jump rope." Music to my ears. I draped the rope around my neck and jumped to the beat of the music with the coordination I knew that was somewhere inside me. If you thought we stopped there . . . haha, NOPE! We jumped right into 600. What is 600, you might be thinking? It's 600 jumps in 4.5 minutes. I'll let that speak for itself.

After the 4.5 minutes of 600, I could see the finish line, or as I like to call it, the time flying by on my Apple Watch. Approaching the finish, we went into my personal favorite: the lower-body section. For this section, we created a T-shape using the provided yoga mat as the top horizontal line and the jump rope as the stem, which bisected the mat forming the letter T.

Amanda was wonderfully creative in how we used that letter T. All of our movement had us cross or jump on either sides of the grounded rope. With energy of Alex Newell's "Kill The Light" playing in the background, jumping on either side of the rope felt like we were in our own private concert.

Once lower body was done, it was time for the final active stretch: full body. Amanda lead us through an eight-count sequence that we did on either side 16 times per side that made it very clear that every part of our body was being utilized.

Rounding out the class, we rolled out our mats for a cooldown, and I was a little surprised by what she said next. "Grab your ropes in whip position." We ended up using the jumprope as a strap to help get into our hamstrings and IT bands. Lying there with my leg in the air, I was amazed at how we really used the rope from start to finish.

Would I Do AK! Rope Again?

Yes! Throughout class Amanda was incredibly encouraging, offering variations for each exercise that met us at our own edge. One of the most impressive things to me is that Amanda was with us the whole time. When she was not double-checking our form, she was moving with us at 100 percent while speaking. Her 19 years of dance and Broadway performance experience shines through her breathtaking stamina.

Honestly, I'd take the class again and again based on her words to POPSUGAR: "The goal is to do the whole class without stopping." Now that I know the goal of this course, I have my sights set on doing the whole class nonstop. Wanna join me? Let's go to Equinox. 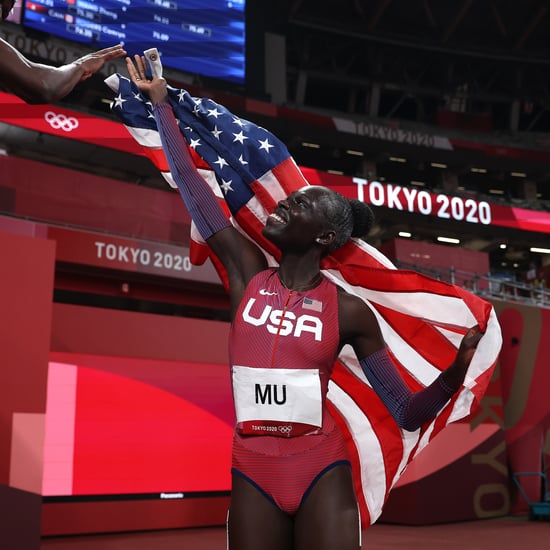 Summer Olympics 2021
American Athing Mu Wins Gold in the 800m — Oh, and Breaks the US Record!
by Jenny Sugar 2 days ago 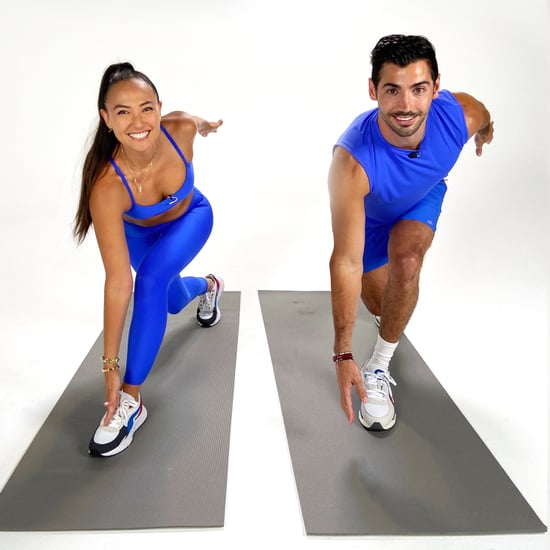 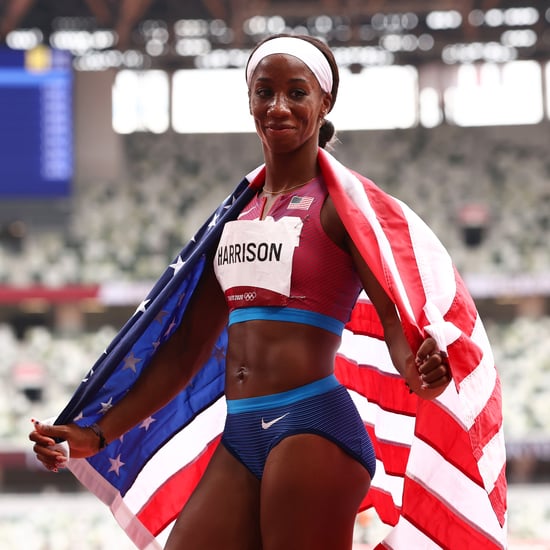 Summer Olympics 2021
With 10 Siblings Cheering Her On, Team USA's Keni Harrison Won Silver in the 100m Hurdles
by Jenny Sugar 3 days ago

Instagram
Get Ready to Kickbox, Sweat, and Work Your Core With These 3 Instagram Live Workouts
by Maggie Ryan 3 days ago

Summer Olympics 2021
Team USA Divers Take Us on a Video Tour of Their Olympic Village Apartment — the View Is Unreal!
by Jenny Sugar 6 days ago