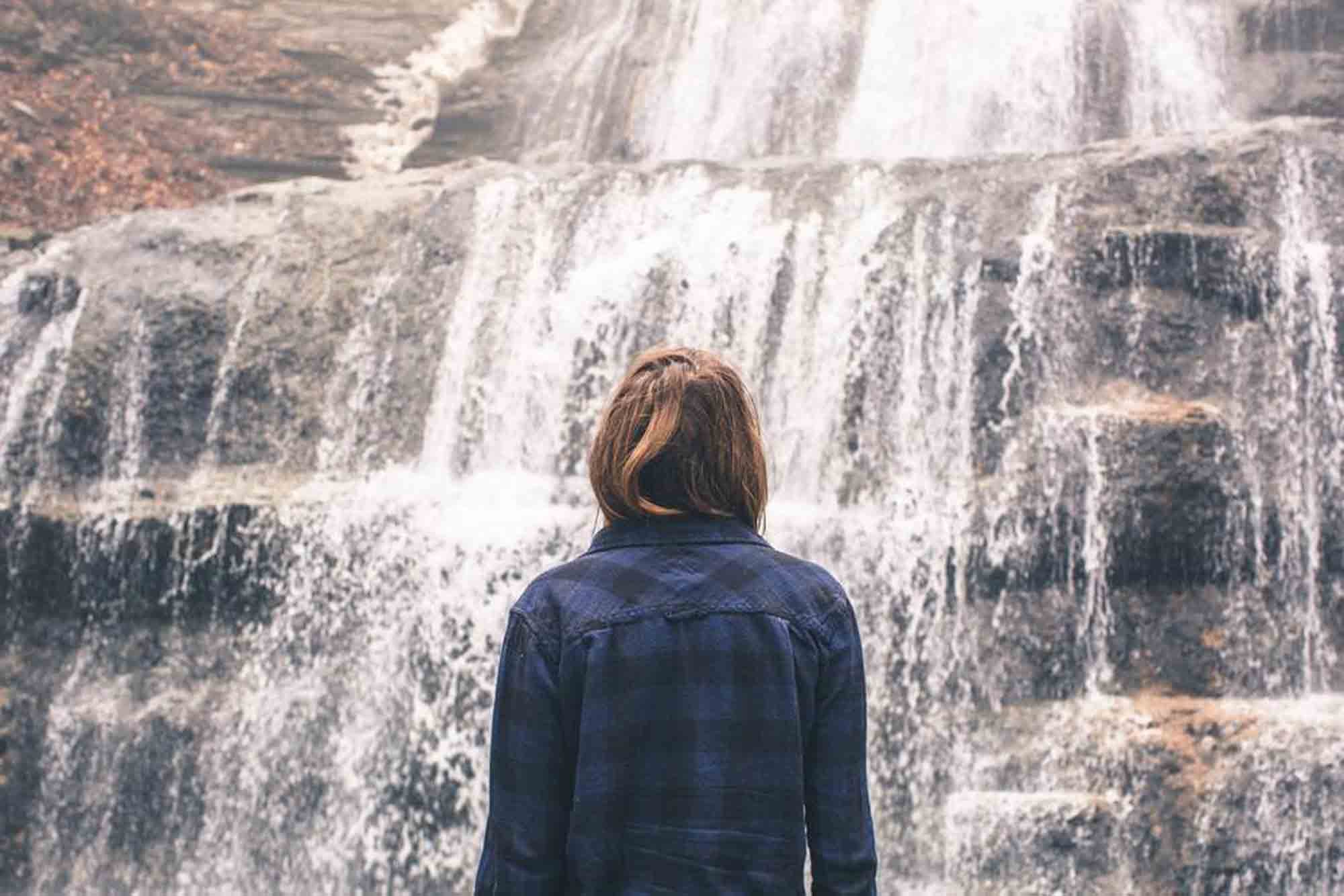 I've accepted that I'll never be the person I was before depression. This experience was like going on an unplanned expedition — climbing up treacherous mountains, hanging from a ledge grasping for dear life, and hiding from all of the dangerous monsters that prey at night. I was just trying to survive. There were times when I doubted my ability to keep moving forward and there were times where I was just too exhausted to try. I made it through the journey, though, and it's irrevocably changed who I am.

Initially, this — fully accepting the idea I wasn't the lighthearted, carefree version of myself before depression — was a hard pill to swallow. Change is scary, but it doesn't have to be a negative thing. Depression took a hold of me and it tried to rob me of my joy, my confidence, and my sense of self, but it didn't. Instead, it unlocked parts of me I never had the courage to explore. Here's how depression made me my best self.

Related:
You Should Never Ignore These 4 Subtle Symptoms of Depression

1. I'm Honest With Myself

When I first experienced symptoms of depression, I didn't want to admit it was happening. Both my mind and body were screaming at me to pay attention, but I ignored the signs. Doing this, though, meant I denied myself the help I needed sooner. By the time I finally owned up to my depression, I had been suffering in silence for so long that I had gotten to the point of hopelessness. Because I wasn't honest with myself, I also wasn't honest with the people in my life who loved me and wanted to support me. Now, I know I'll never make that mistake again. As soon as I notice something doesn't feel right, if I feel that same sadness or anxiety, I own it and I talk about it. Instead of denying or internalizing those feelings, I immediately work on dealing with them.

It's easy to make a snap judgment about someone before you get to know them. It's also easy to look at someone through the lens of social media and formulate your own idea of who they are or where they are in their life. And let me tell you, those assumptions don't do you any good. When I was depressed, social media only made it worse. I was comparing myself to everyone else posting pictures of themselves seemingly happy that made me think "I wish I had their life." All the while, I was posting my own pictures pretending to be someone I wasn't. I was wearing a mask every single day, hiding the pain that constantly weighed heavily on my shoulders like an anchor. I remind myself daily how important it is to be kind to everyone, because you never know what someone is going through. You never know what mask someone else is wearing or what their own smile is trying to conceal. Everyone has their own story, their own cracks in the foundation that make them who they are. I'm so much more aware of this now.

In my darkest times, depression was a constant voice in my head convincing me I didn't deserve anything truly good in my life. This meant I denied myself anything that gave me joy. I berated myself for gaining weight and being "ugly" and treated my body with complete disregard. I felt like I was bound to fail at anything I did, so I didn't attempt to do the things I actually loved, like writing. I felt had no value and therefore stopped worrying about my own well-being. I turned to unhealthy coping mechanisms in an effort to distract me from the pain, which caused more pain.

When I finally began therapy and the process of healing, I started to understand how integral self-care is to my mental health. For me, my definition of self-care is simple: anything that fills up my soul. When I have what I refer to as a "sad day," which still happens, I immediately turn to something that gives me that sense of joy or that I know is good for my mind and my body. Maybe I'll run a hot bath, read a book, write, cuddle my pets, watch a movie, make a green smoothie, do some yoga, drink red wine — something, anything, that reminds me I am worth caring for.

Related:
38 Simple Ideas For Taking Care of Yourself When You Need It Most

4. I Trust My Inner Strength

Depression made me question a whole lot about myself and who I was. This past year, when it was the most severe it has ever been, I was terrified I didn't have the strength to endure it. Every single day, I felt depression's provocation — taunting me, urging me to just give in. In those moments of vulnerability, though, I managed to find clarity. I knew I wanted to keep going; I knew I wanted to fight with every ounce of resilience I had. And I did. Some days I'm still fighting it, but I've never been more confident in my strength.

As a part of my treatment, I participated in group therapy with other people who suffer from mental health issues. It was there, in a room with 20 strangers, I realized I wasn't alone anymore. Everyone's story had the same theme — depression made them feel isolated, like they were trapped in a cage with everyone else looking in with pitying eyes, but never truly knowing what it's like to be in that cage. Hearing my exact thoughts and anxieties vocalized by other people from all different walks of life was earth-shattering. I finally thought to myself, "It's not just me."

The sense of community I felt was honestly what got me through. I feel like it's my purpose to talk about mental health to anyone who is willing to listen. When I think of the immense guilt, shame, and loneliness people suffering from depression feel, it breaks my heart. I've lived it and I want those living it to know that none of what depression tells you is true. I know I'm only one person and I can't end the stigma of mental illness, but at least I can open the dialogue.

I could choose not to think about my lowest lows, because it was really painful and it was really hard, but I don't. Instead, I choose to look at depression like this diabolical villain who tried to destroy me and myself, the victorious superhero. It was an epic battle and there were many times I thought I had been foiled. Depression made me fight with everything I had. Sure, I have some scars and some tough memories, but in my book, it was worth it. The wisdom and experience I've gained and, hopefully, the insights I'm able to share are invaluable. I'm proud of the person I am as a result of depression, and that makes me the real champion.

Healthy Living
What's a Menstrual Disc, and Is It Better Than a Menstrual Cup? We Asked an Ob-Gyn
by Elisa Cinelli 13 hours ago