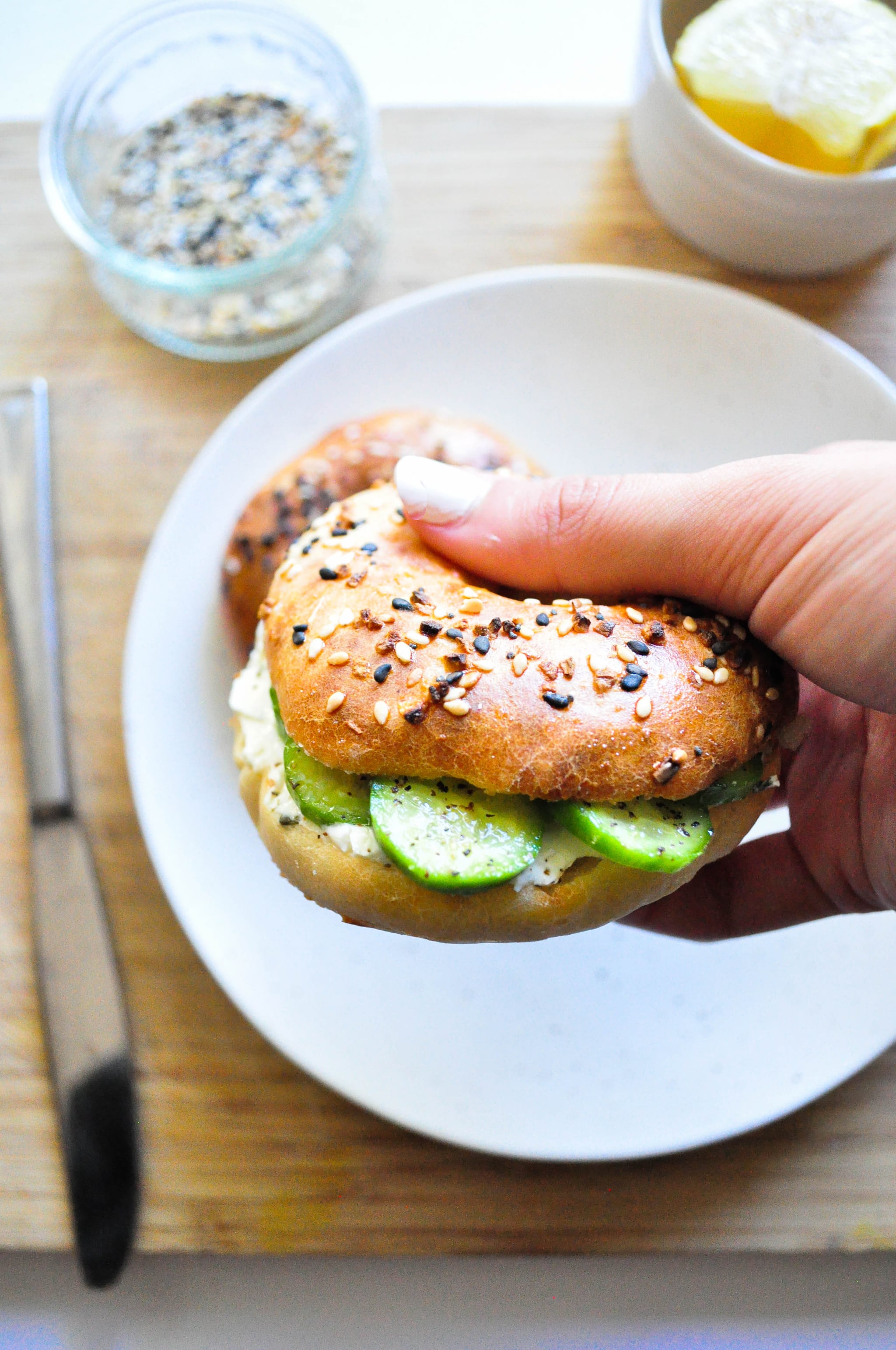 Whether your goal is to lose weight or simply to eat healthfully, bread is a tough sell. A bagel piled high with your favorite spreads and toppings? Even tougher. So when I noticed a healthier, two-ingredient bagel making the rounds — beloved by Weight Watchers (now WW) fans — I had to know the secret.

Made with flour and nonfat Greek yogurt, my version of the bagel came in at roughly 170 calories, with about 27 grams of carbs and 14 grams of protein. (Traditional bagels are closer to 250 calories.) The bagel itself — without any toppings — is valued at just three SmartPoints.

The real question was how these two-ingredient wonders would compare to a traditional bagel. With everything I'd need already in my kitchen, I got to work. 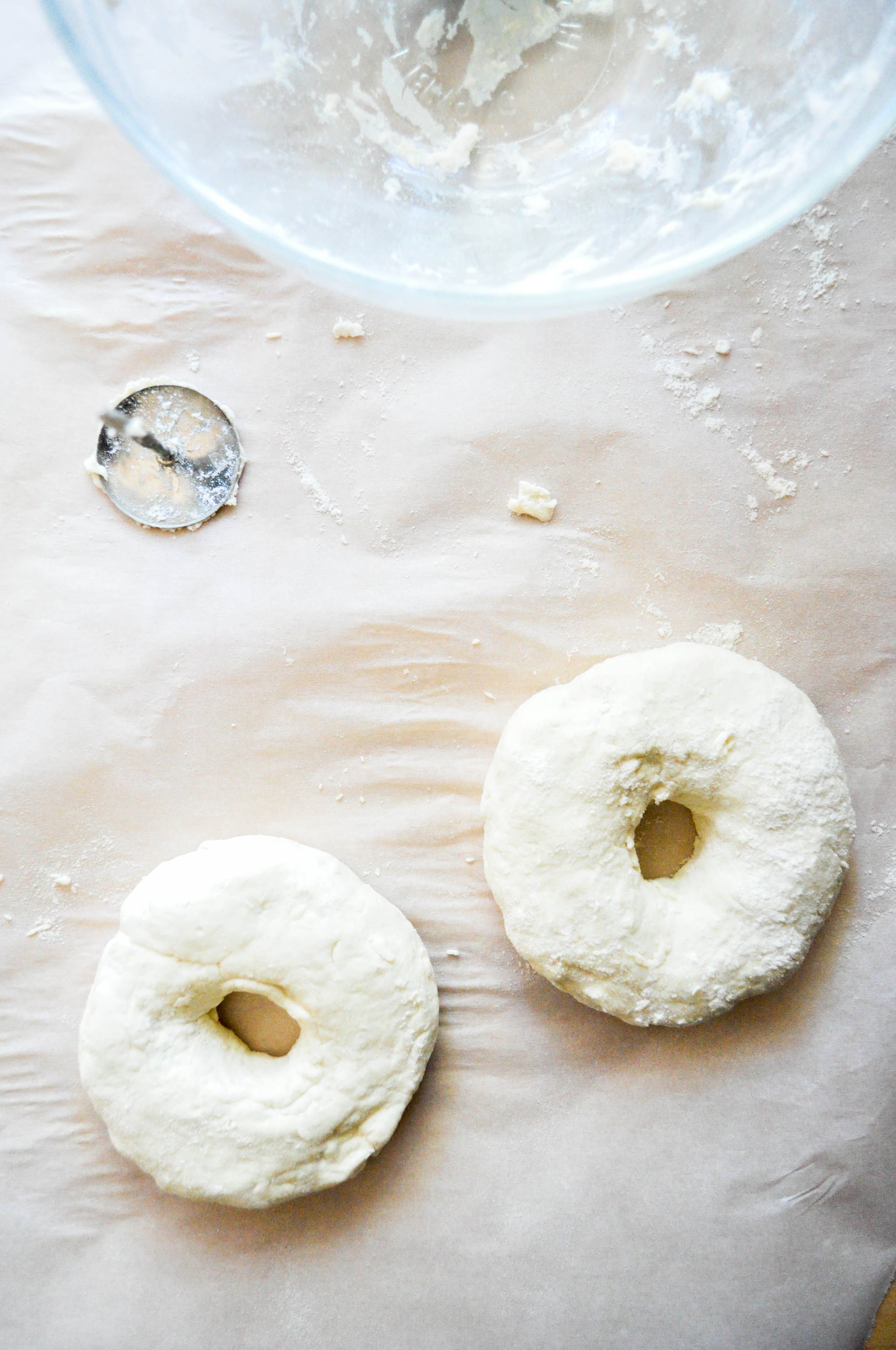 Even if you're not a seasoned cook, this recipe is definitely in your wheelhouse. All you need is a bowl to mix the flour and yogurt. I mixed it with a spoon, and it came together in under a minute.

Then it was time to shape the dough. I first tried rolling the dough into logs and then looping the two ends together. They had a tendency to come apart, so here's an easier method: flatten the balls of dough into discs and simply poke a small circle out of the center. 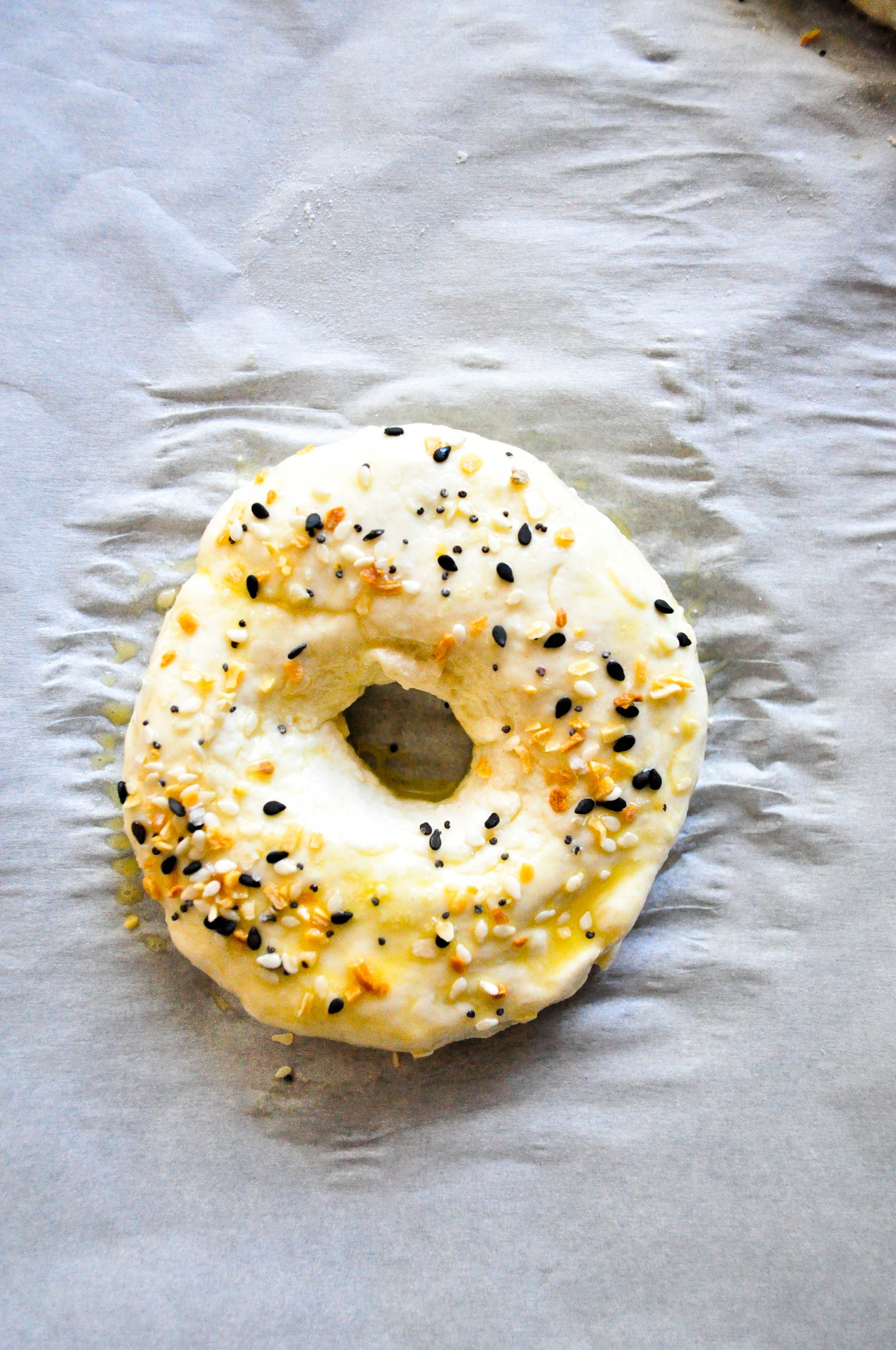 I decided to brush the bagels with egg to give them the signature shine of a traditional bagel, then topped them with the Everything but the Bagel Seasoning Blend from Trader Joe's for some extra flavor.

Have fun with toppings of your own! Hummus is a tasty alternative to cream cheese, if you're avoiding dairy. Pesto is another delicious option. Pile on veggies and additional protein for an extrafilling meal. If you're a WW member, just be sure to recalculate your SmartPoints total. 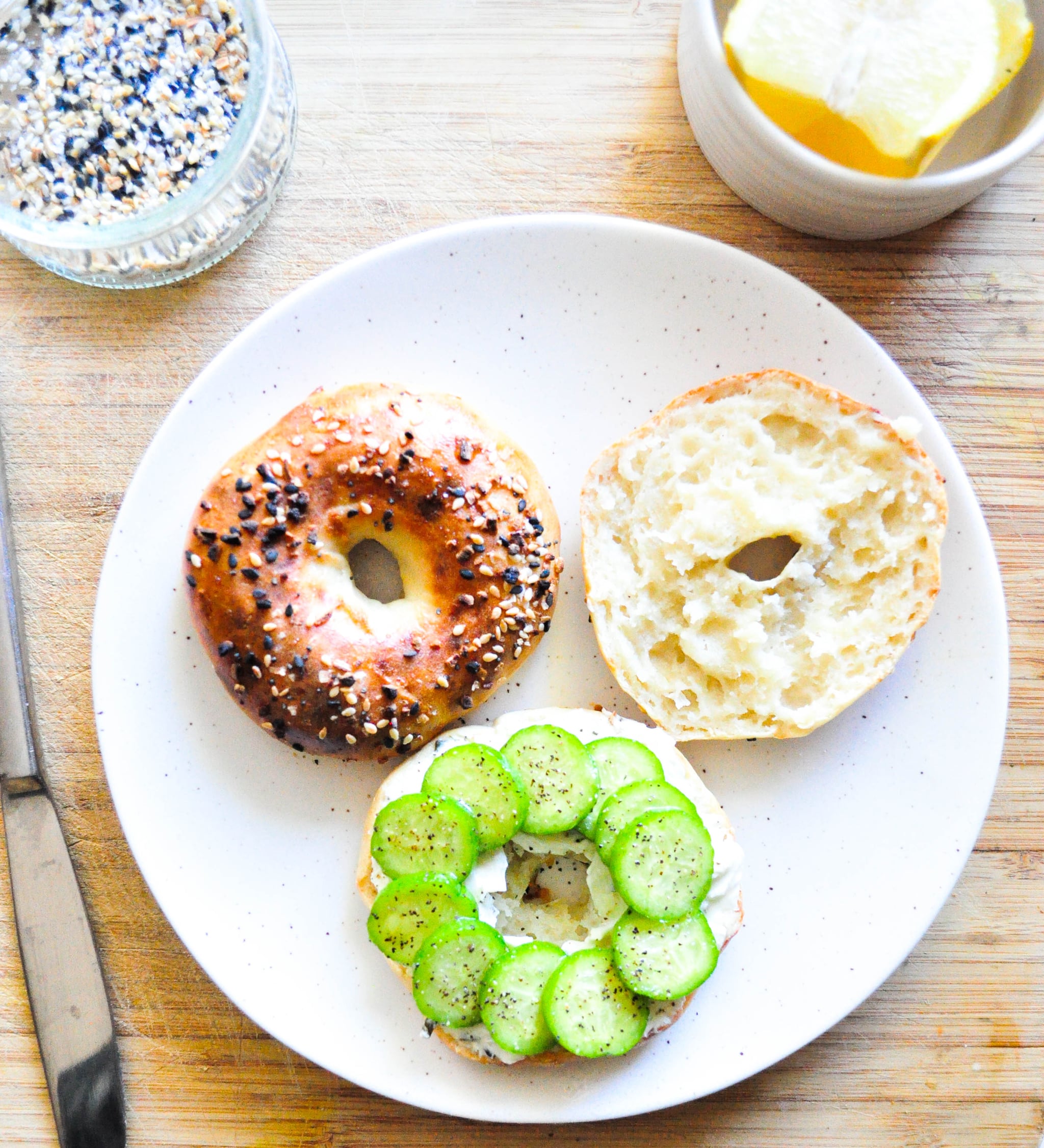 Now, the part we've all been waiting for: the taste test! The texture was amazing. The bagels had a nice, crispy edge on the outside while still being soft and fluffy on the inside. The Greek yogurt provided a slight tanginess, like you'd expect from a classic bagel, which I loved. I honestly wouldn't miss the real deal.

But are they healthy? That probably depends on your definition. If there's one thing we can agree on, it's this: they're certainly a lighter version of the breakfast staple — perfect when you want a treat. Try the recipe for yourself and see what you think. 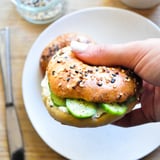 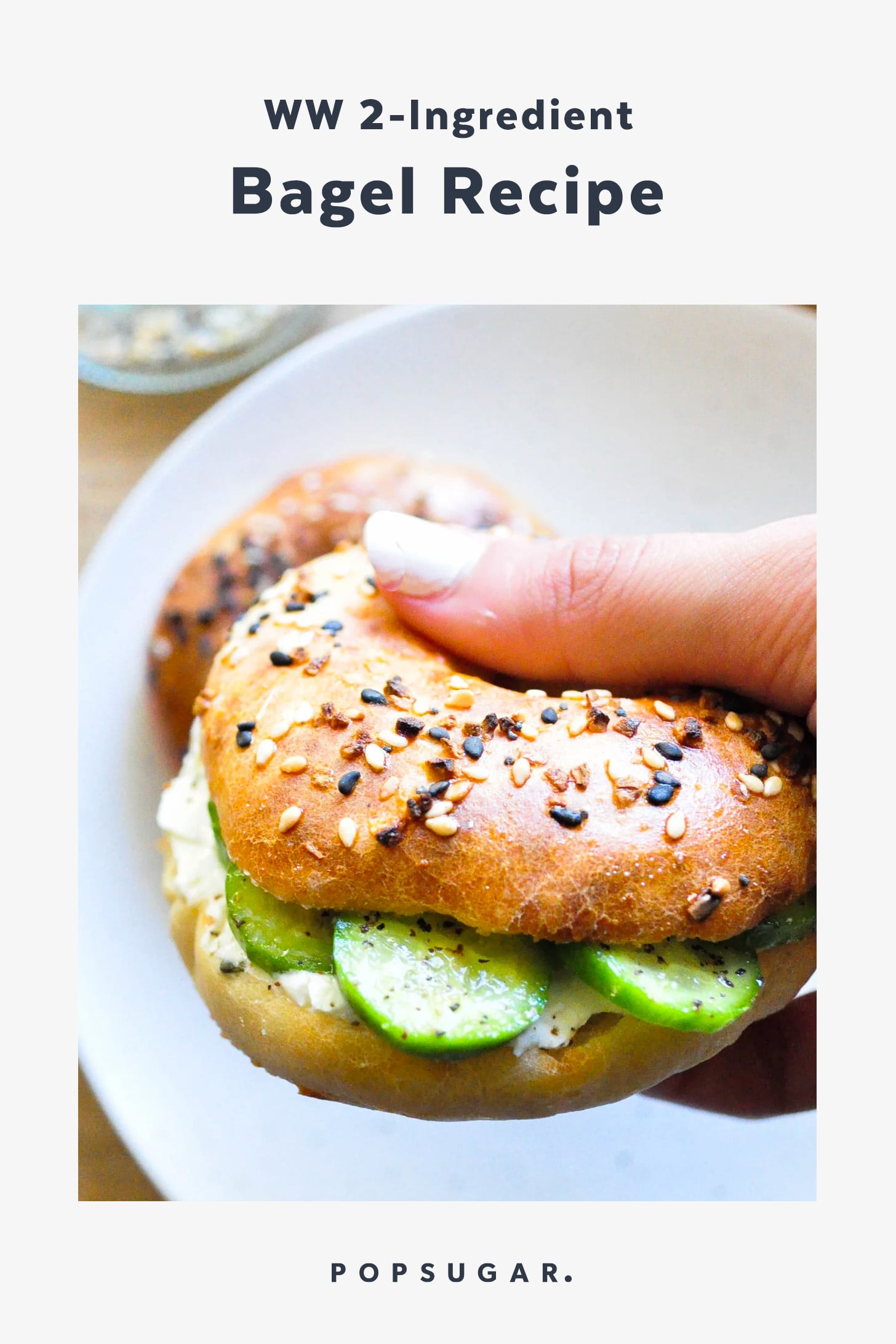 Weight Loss
I Walked Away From Sugar For a Few Months, and My Waistline Threw Me a Party
by Naomi C. Kellogg 1 week ago 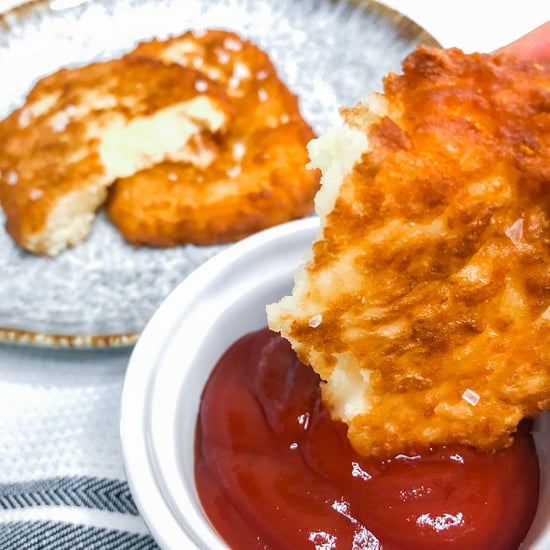 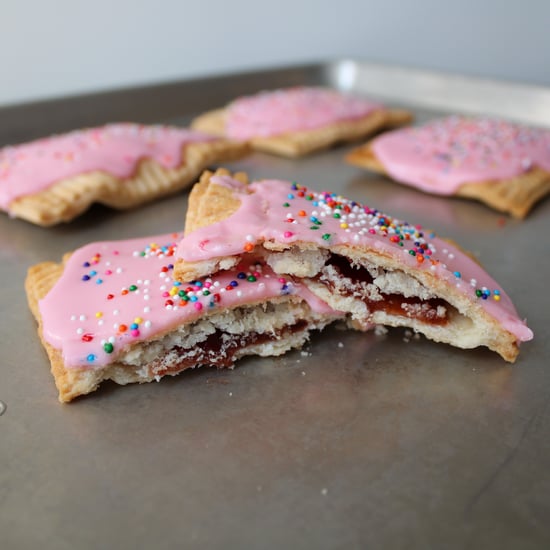 Recipes
These Easy Air Fryer Pop Tarts Taste Better Than the Original — There, I Said It
by Kaley Rohlinger 1 week ago 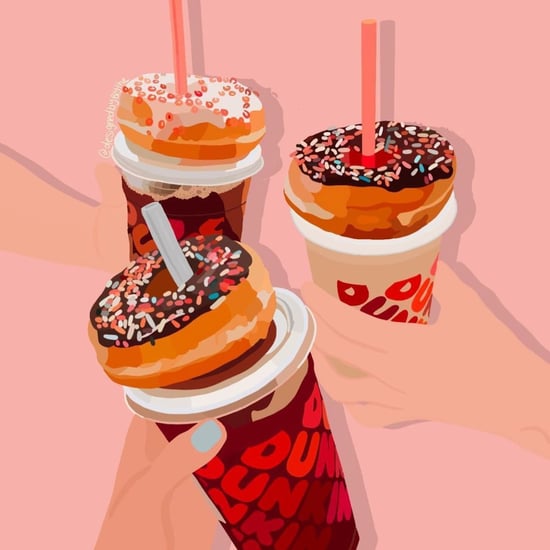