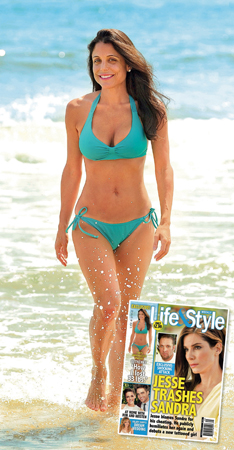 Bethenny told the magazine that she didn't do anything drastic to get back in shape. She stayed active outdoors, practiced yoga, and worked out to her own fitness DVD, Body by Bethenny. She also made sure to practice portion control: "I've really been eating, just not like a crazy person." The 5'6" reality star now weighs in at 135 pounds.

Celebrity Instagrams
Seeing Yara Shahidi's String Bikini With My Credit Card Nearby? Maybe Not the Best Idea
by Kelsey Garcia 1 week ago

Ciara
Do You Believe in Magic? Because Ciara's Bikini Straps Are Playing Tricks on Our Eyes
by Karenna Meredith 1 week ago