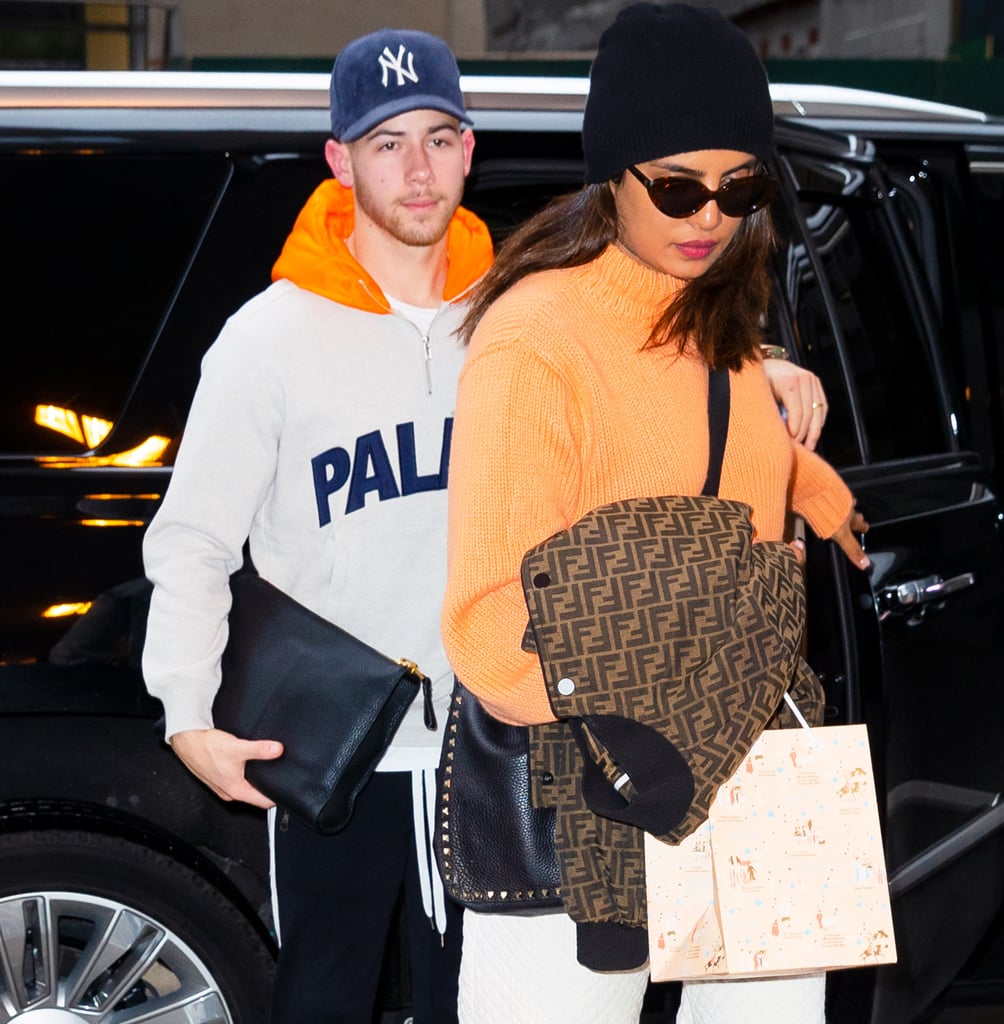 Do Priyanka Chopra and Nick Jonas not look like the spitting image of that cozy-chic couple you see walking down the street, seemingly straight out of a magazine? OK, I know, these two are actually celebrities, and they really are magazine material. But they were only just arriving home to their New York City apartment, yet they somehow managed to coordinate their Winter street style so perfectly. Priyanka wore an orange turtleneck sweater that highlighted the hood on Nick's throw-over, and while Nick wore a Yankees baseball cap, Priyanka looked cool in a black beanie, sunglasses, and By Far boots.

While Nick wore track pants, Priyanka was in a pair of Vika Gazinskaya quilted palazzos we'd absolutely sport on the plane, and she carried her Fendi logo bomber over her arm. Of course, the icing on the cake had to be the fact that both Nick and Pri were toting their own version of the classic leather bag: Nick carrying a luxe clutch he was spotted with the day before and Priyanka wearing a rock-studded crossbody messenger. No matter what type of cozy is your type of cozy, we rounded up similar pieces to Priyanka's and Nick's ahead. In the name of their adorable couple style, it's definitely time to do some shopping.