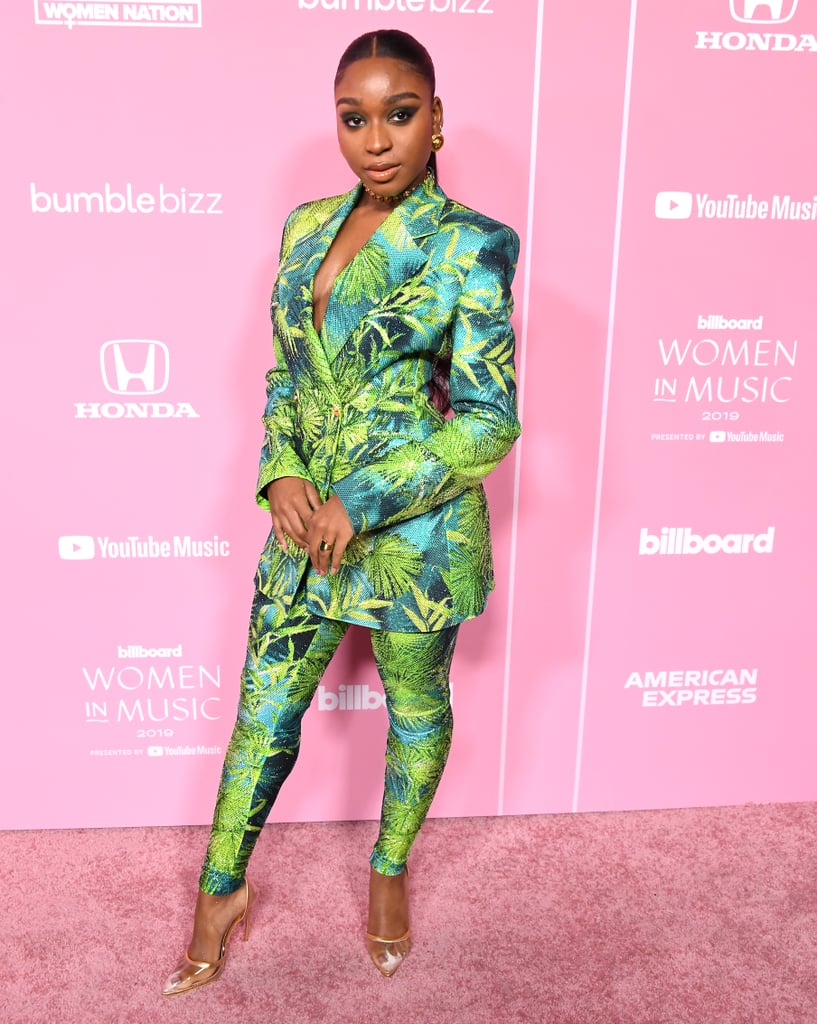 Normani just wore one of the most instantly recognizable prints in existence. The singer attended the 2019 Billboard Women in Music event on Thursday wearing an embellished Versace suit in the same palm print previously made famous by Jennifer Lopez at the 2000 Grammys, then again at the brand's Spring 2020 runway show during Milan Fashion Week.

But back to Normani: it takes confidence to wear such an iconic print, and she certainly delivered. Her suit consisted of a double-breasted blazer and tapered skin-tight pants, which she accessorized with trendy vinyl heels, chunky gold jewelry, and a green statement ring by Ammanii.

To say it's been a breakout year for the former Fifth Harmony member would be an understatement. After going viral for her nostalgic "Motivation" music video, Normani delivered her first solo performance during the MTV Video Music Awards, then appeared in Rihanna's lingerie show. (She's since been announced as a Savage x Fenty global brand ambassador.) See pictures of her latest memorable red carpet look ahead, and enjoy a few photos of J Lo wearing the print over the years.

Red Carpet
Who Can Think About Low-Rise Jeans When We Have Vanessa Hudgens's Jaw-Dropping Hip Cutouts?
by Sarah Wasilak 21 hours ago

Gwen Stefani
Gwen Stefani Rewore Her "Don't Speak" Music Video Dress, and There's No Doubt It's a Classic
by Victoria Messina 2 days ago