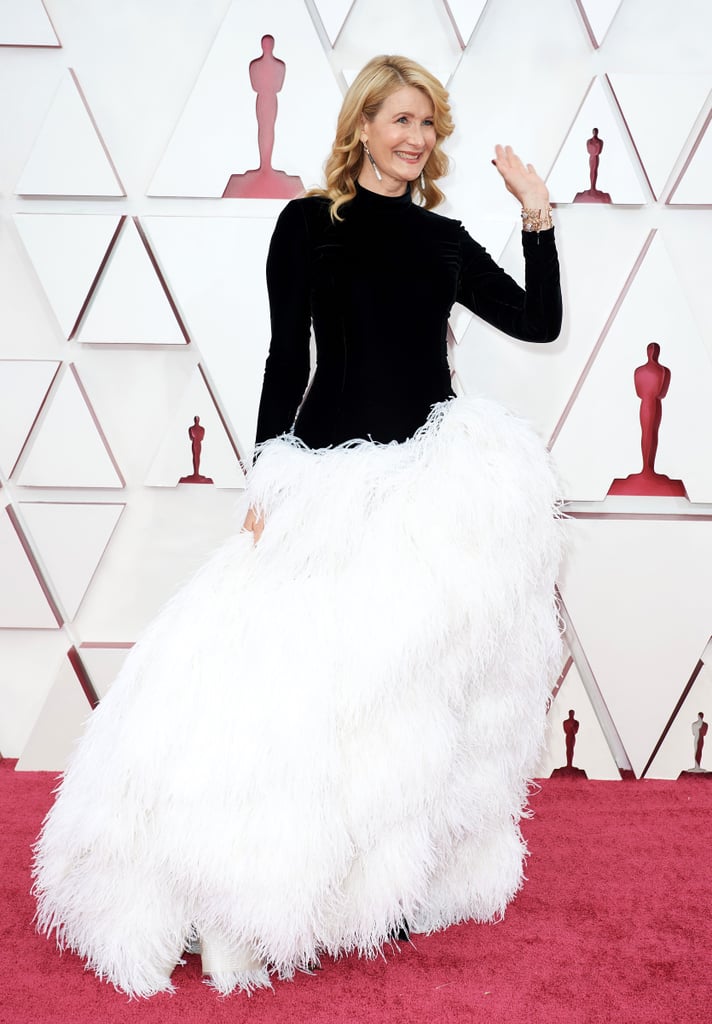 In the Name of Moira Rose, Laura Dern's Feathery Black and White Oscars Gown Was Opulent

Some fans on Twitter compared the lavish dress to a feather duster, which is fair since the opulent look did sweep us off our feet. But we know Moira would have embraced the comments and strutted across the stage with her head held high and a glass of Herb Ertlinger wine in hand. Take a second to appreciate Laura's Moira-esque outfit from all angles here.

Annie Murphy
No Longer a Little Bit Alexis: Annie Murphy's Kevin Can F*ck Himself Character Is Wild
by Grayson Gilcrease 2 days ago

Billy Porter
Billy Porter Dropped a Jimmy Choo Collection, and Yes, the Shoes Are Fabulous
by Victoria Messina 1 week ago