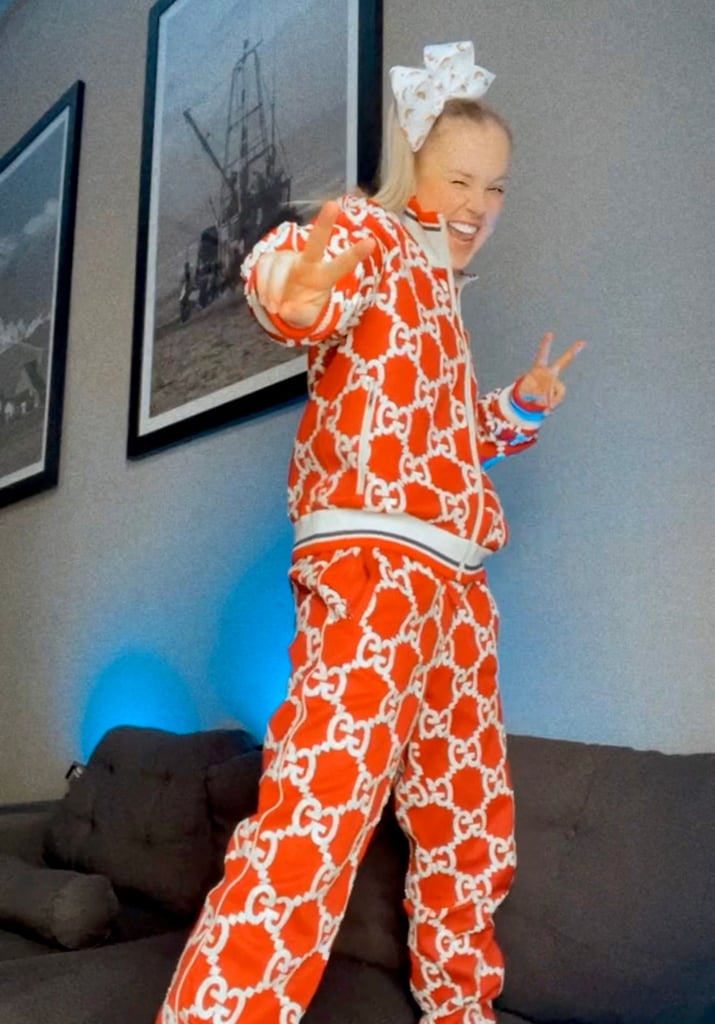 JoJo Siwa attended her first GLAAD Awards wearing a bold Gucci look, and, of course, her go-to accessory: a bow. The 17-year-old wore a red and white tracksuit by the luxury brand. The sweatsuit was covered with the brand's iconic intertwining GG logo. She finished her award show look off with a white bow in her ponytail.

Recently, JoJo revealed in People's April 7 cover story that she's pansexual: "I still don't know what I am," JoJo said of labels. "It's like, I want to figure it out. And I have this joke. [My girlfriend's] name is Kylie. And so I say that I'm Ky-sexual. But like, I don't know, bisexual, pansexual, queer, lesbian, gay, straight. I always just say gay because it just kind of covers it, or queer because I think the keyword is cool." She continued, "Technically I would say that I am pansexual because that's how I have always been my whole life. [It's] just like, my human is my human."

Check out Jojo's outfit from all angles ahead.