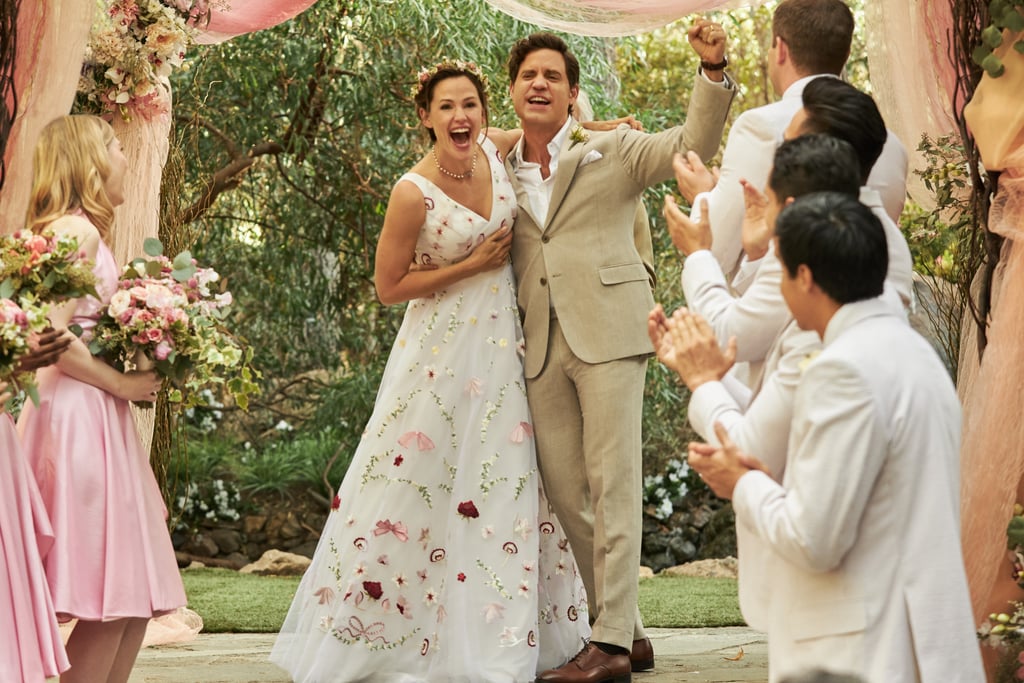 Love Jennifer Garner's Wedding Dress in Yes Day? You're About to Love Her Pearl Necklace Even More

Jennifer Garner stars in Netflix's new film Yes Day, which explores just what can happen when parents give up the word "no" for the day. Alongside her are costars Jenna Ortega, who plays Katie, one of her daughters, and Édgar Ramírez (Carlos), who we see her marrying in a flashback within the first several minutes of the film. As Allison Torres, her wedding dress will strike you immediately. With its playful floral appliqué and the accompanying flower crown, it is perfectly boho and ladylike. (The pattern-all-over element might even conjure images of Angelina Jolie's 2015 wedding gown, which was very much an ode to her children as it was decorated with their artwork.)

"When we put [the wedding dress] on her for the scene that day, she told me she 'felt lucky to get to wear something so special.'"

When I spoke to Yes Day costume designer Susie DeSanto, it was naturally the first look I asked about. "Yes Day marks the sixth movie I've done with Jennifer, and it seems we've done a wedding dress in all of them! The director and I really wanted to do something different than the traditional white wedding dress. But we needed to have that aspirational moment of a bride and groom together, since it was part of the opening montage sequence. So, I went looking for something that had more creativity to it and more color and became obsessed with dresses that had embroidery on them. We used an existing dress, and then I designed a motif and had the tulle embroidered for the overlay in India by the same vendor that Rodarte and other couture designers use. Jen loved the dress. When we put it on her for the scene that day, she told me she 'felt lucky to get to wear something so special,'" Susie said, going on to confirm another tidbit I'm sure you'll love just as much as I did: "Fun fact: she wore a pearl necklace with crystal flowers that she wore in 13 Going on 30."

Um, yes, you have my permission to freak out now. Of course, Susie's tipoff sent me searching for Jenna Rink's iconic outfits. Sure enough, Garner wore the pearl choker in question with a paisley floral chiffon dress in the 2004 movie. I've done the hard work and zoomed in close for you after the jump, just so you have all the confirmation you need that 13 Going on 30 was really as special to Garner as it was to us — and it's still reflected in her acting roles today. Consider us fans of this strategic wardrobe move, which brings back major nostalgia and prompts us to press "play" on Garner's new Netflix film right away. 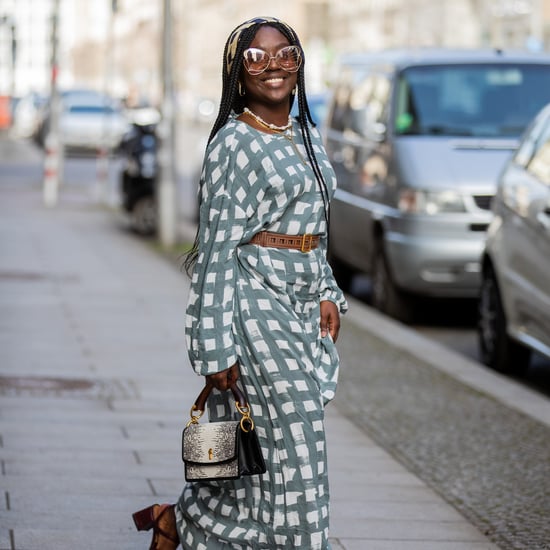 Kat Dennings
Kat Dennings's Engagement Ring Is Simply Perfect, as Is Her Caption: "Don't Mind If I Do"
by Kelsey Garcia 4 days ago