Halle Bailey was cast as Ariel in Disney's live-action remake of The Little Mermaid back in 2019, and it appears things are really picking up on set. The crew was spotted in Sardinia, Italy, filming what appears to be the "Kiss The Girl" scene of the original movie from 1989. And yes, we're thinking what you're thinking: "Isn't Ariel's dress blue when she goes out on the boat with Prince Eric?" Uh-huh, you're right. But Ariel also wears a pink ballgown during her stay at the castle later on, so it could just be that American costume designer Colleen Atwood is bringing a twist to the traditional wardrobe from the animation.

She's not the only one — Halle capped off her pink, ruffle and tiered midi, which comes with smocked details at the bodice and poufy sleeves, with a lime green visor and oversize sunglasses. While these were likely her personal essentials for keeping her skin protected from the sun, Halle's accessories prove that she's approaching the role with a modern aesthetic in mind, and her signature style has not been lost on her character. I think we can all agree that everyone's favorite mermaid princess was in need of a makeover anyway, yes? Read on for a second look, and sing with me now: "Sha-la-la-la-la-la, my oh my . . ."

Billie Eilish
Hold My Champagne — Is Anybody Else in Love With Billie Eilish's *Second* Met Gala Dress?
by Chanel Vargas 1 day ago 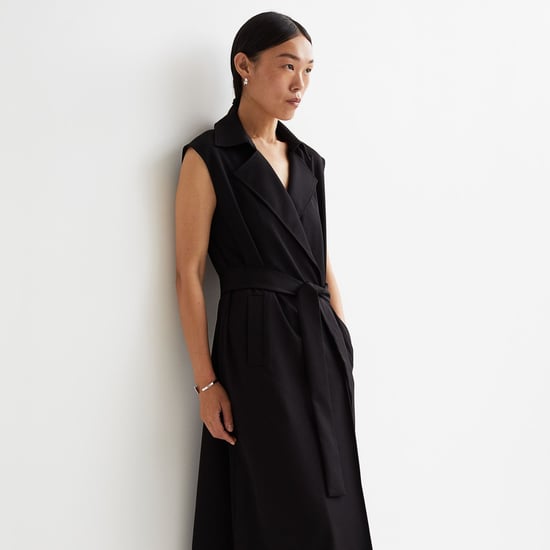 Fall Fashion
These 14 Dresses Have Pockets, So They'll Be Your Ultimate BFFs This Fall
by Shelcy Joseph 1 day ago