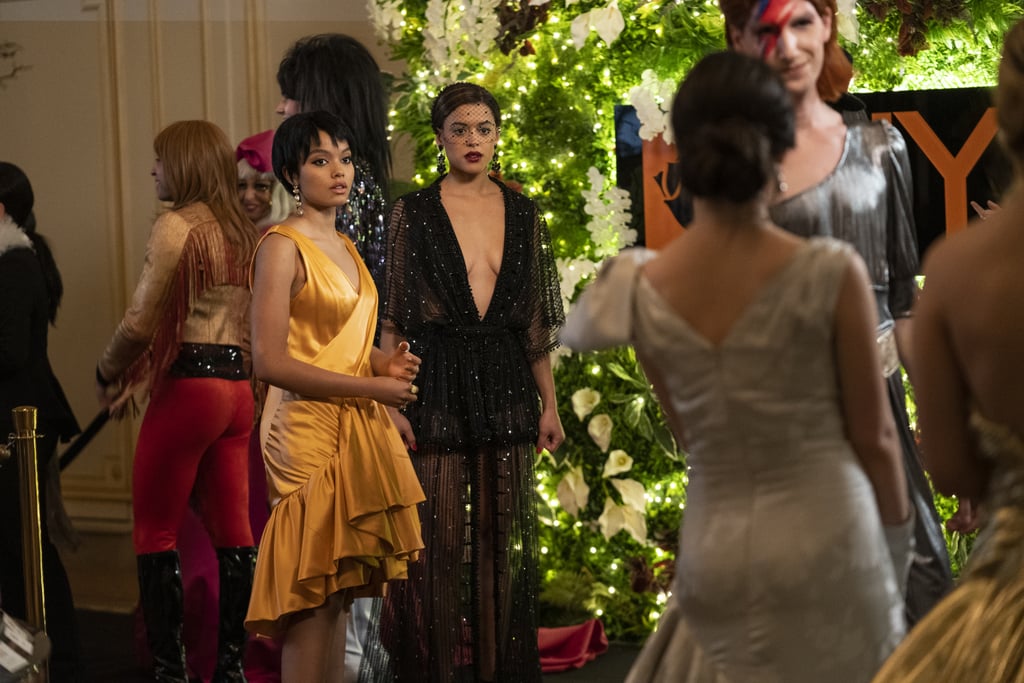 HBO Max's Gossip Girl reboot has been giving fans a multitude of fashionable outfit ideas to re-create. The show's costume designer, Eric Daman, who also handled the original series's wardrobe, has been delighting us with look after look, while the writers have been treating us with so many fun Easter eggs. In the latest episode, called "Hope Sinks," the stylish students of Constance Billard attend a Halloween bash, and we couldn't stop staring at Julien and Zoya's costumes.

Actresses Whitney Peak and Jordan Alexander wore re-creations of Beyoncé and Solange's memorable 2014 Met Gala outfits. If you need us to jog your memory, Bey wore a diamanté-studded Givenchy couture gown, while Solange wore a peach satin 3.1 Phillip Lim dress. (What you probably also remember is the infamous fight that went down in the elevator later that night.) Take a look at their re-creations if you're feeling inspired to copy the looks for Halloween yourself.

Megan Fox
Megan Fox Has Had So Many Sexy Red Carpet Beauty Moments in 2021, and the Year Isn't Over Yet
by Jessica Harrington 17 hours ago