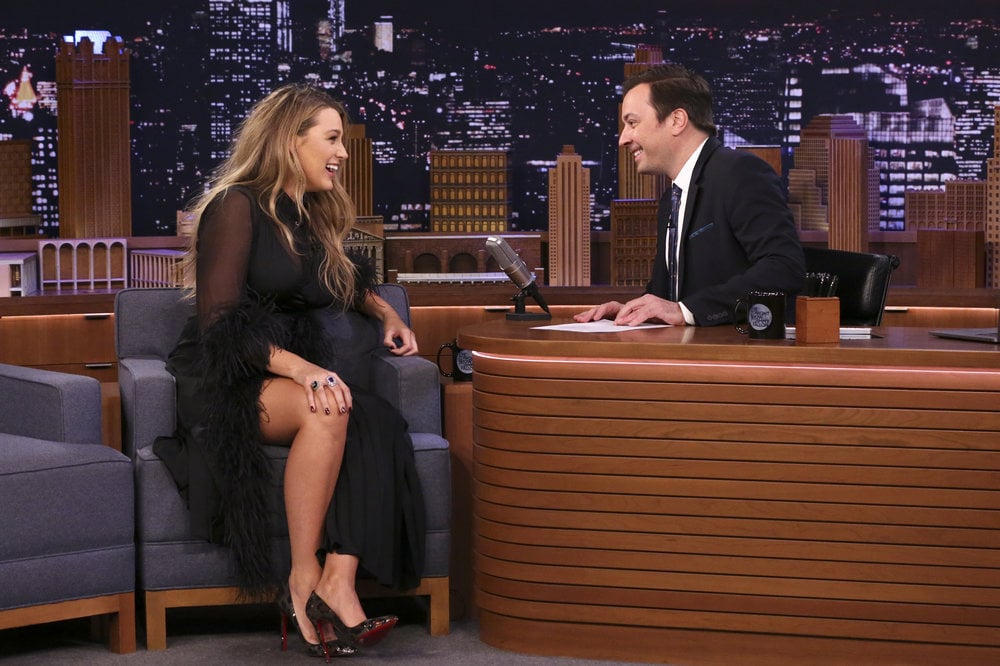 Blake Lively is pulling out all the stops during her latest press tour. The 32-year-old actress made her return to the red carpet after giving birth to her third daughter with Ryan Reynolds to promote her latest film The Rhythm Section. She first started out in a beige trench-coat dress paired with brown gloves and a lock necklace by Adinas Jewels. During a screening of the film in Brooklyn, she looked like a glam goddess in a fitted Dolce & Gabbana velvet gown and over-the-knee Christian Louboutin boots. She upped the Old Hollywood vibes with a massive pearl statement necklace from Lorraine Schwartz, dramatic black gloves, and a sophisticated updo.

Blake left the premiere wearing the same over-the-knee boots and gloves but swapped her figure-hugging dress for a black-and-white floral one. The following morning, the actress went on Good Morning America, and she opted for luxurious quilted Fendi shorts from the Spring 2020 runway, complete with a sequined checked jumper. During an appearance on Live With Kelly and Ryan, she styled a Cookie Monster-inspired coat with a blue-and-white Ulyana Sergeenko dress and matching blue Christian Louboutin heels. My favorite look thus far has to be the black feathered dress she wore while going on The Tonight Show Starring Jimmy Fallon. See more glimpses of Blake's press tour looks ahead.